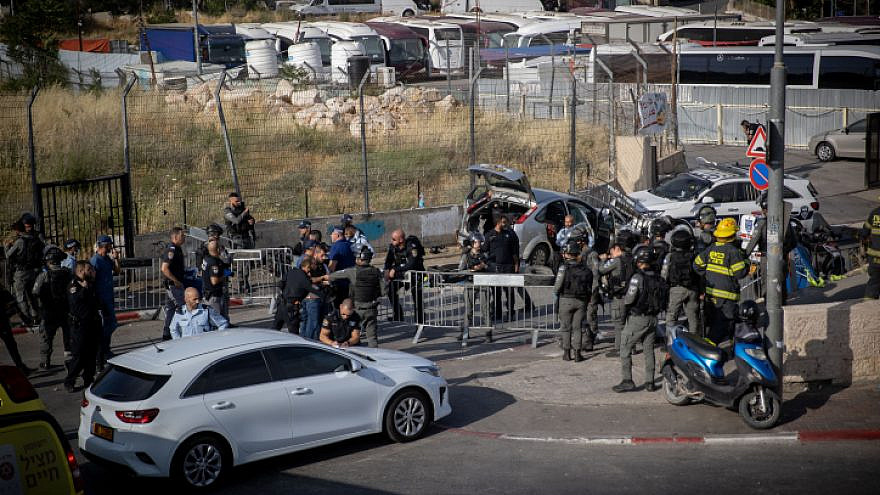 Police at the scene of a vehicular assault in Jerusalem's Sheikh Jarrah neighborhood. Several police officers were wounded in the incident, two of them moderately, May 16, 2021. Photo by Yonatan Sindel/Flash90.
Spread the word.
Help JNS grow!
Share now:

(May 18, 2021 / Israel Hayom) Seven Israeli police officers were injured on Sunday afternoon when a Palestinian man attempted to run them over at a police checkpoint in the eastern Jerusalem neighborhood of Sheikh Jarrah.

The assailant, a resident of eastern Jerusalem, was shot and killed by Israeli forces on the scene.

The Israel Security Agency said on Sunday that in cooperation with Israel Police its agents have arrested dozens of suspects over the past few days, for alleged incitement and assault against Jewish Israelis in cities across the country.