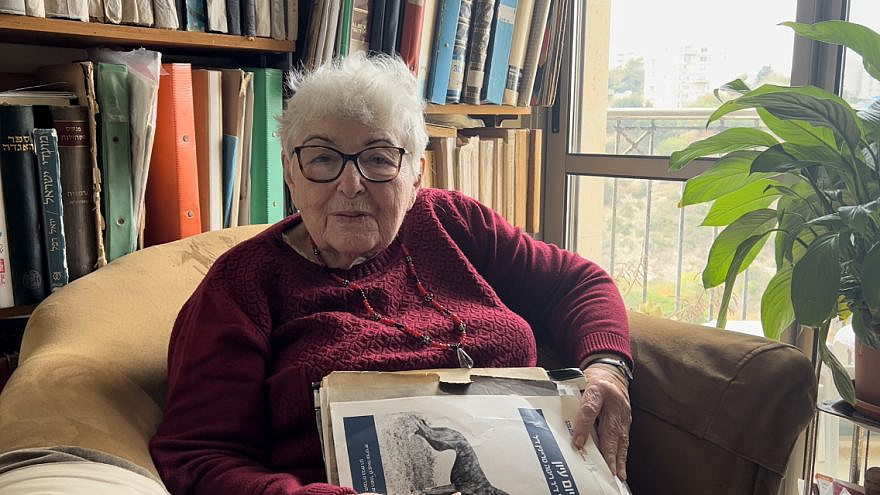 (January 26, 2023 / JNS) Esther Cohen was born in 1930 in Würzburg, Germany, as Else Karola Sichel. Her family fled before the Holocaust and she subsequently joined the Haganah militia and later the IDF’s canine division, the Oketz Unit.

“I remember the Nazi rise to power and Hitler visiting my town,” Cohen told JNS.

She witnessed the gradual deteriorating circumstances for Jews. She recalls an incident around Christmas time in 1934: She was out with her grandmother and they saw decorations.

A lady asked, “Are you excited that Santa Claus will bring you presents?”

A 4-year-old Cohen replied, “We don’t believe in Santa Claus, we have the Hanukkah man.” Her grandmother interrupted, telling the bewildered German lady: “The child doesn’t know what she’s talking about!”

She recalls another incident where she wanted to see a Shirley Temple film but Jews were forbidden from going to the cinema after the Nuremberg Laws had been passed in 1935. However, a sympathetic non-Jewish neighbor volunteered to take her. But she did not enjoy the film for fear that someone would figure out that she was Jewish.

Her family escaped to the British Mandate of Palestine in September 1938, when she was 8 years old.

Cohen said that it was not easy adjusting to a new country. They managed to get her grandparents out of Germany shortly after Kristallnacht, following much paperwork. Her parents opened a grocery store.

It was in the store that she met Austrian-born cynologist (canine scientist) Rudolphina Menzel (1891–1973).

Menzel helped to establish the canine unit for the Haganah, the forerunner of the modern-day IDF Oketz Unit. “I always loved dogs,” Cohen said.

Menzel used mostly Boxers that she had brought over from Austria. The Haganah also relied on German-origin breeds such as German Shepherds, Dobermann Pinschers and Great Danes because these were the breeds that Jews had brought from Europe.

Menzel was also involved in reviving Canaan Dogs, Israel’s national dog breed. But Cohen said that Canaans cannot be used for battle because “they are not so courageous.” She describes Menzel’s work with dogs as “highly innovative” and “adaptable.”

Cohen was in a scout movement as a child and many in her circle of friends ended up joining the Haganah. Her work in the dog unit began in a camp at Kfar Haim, near Haifa. She eventually became an officer and an instructor for the unit. Cohen said that she acquired much of her skills from Menzel and from her own practical experience. 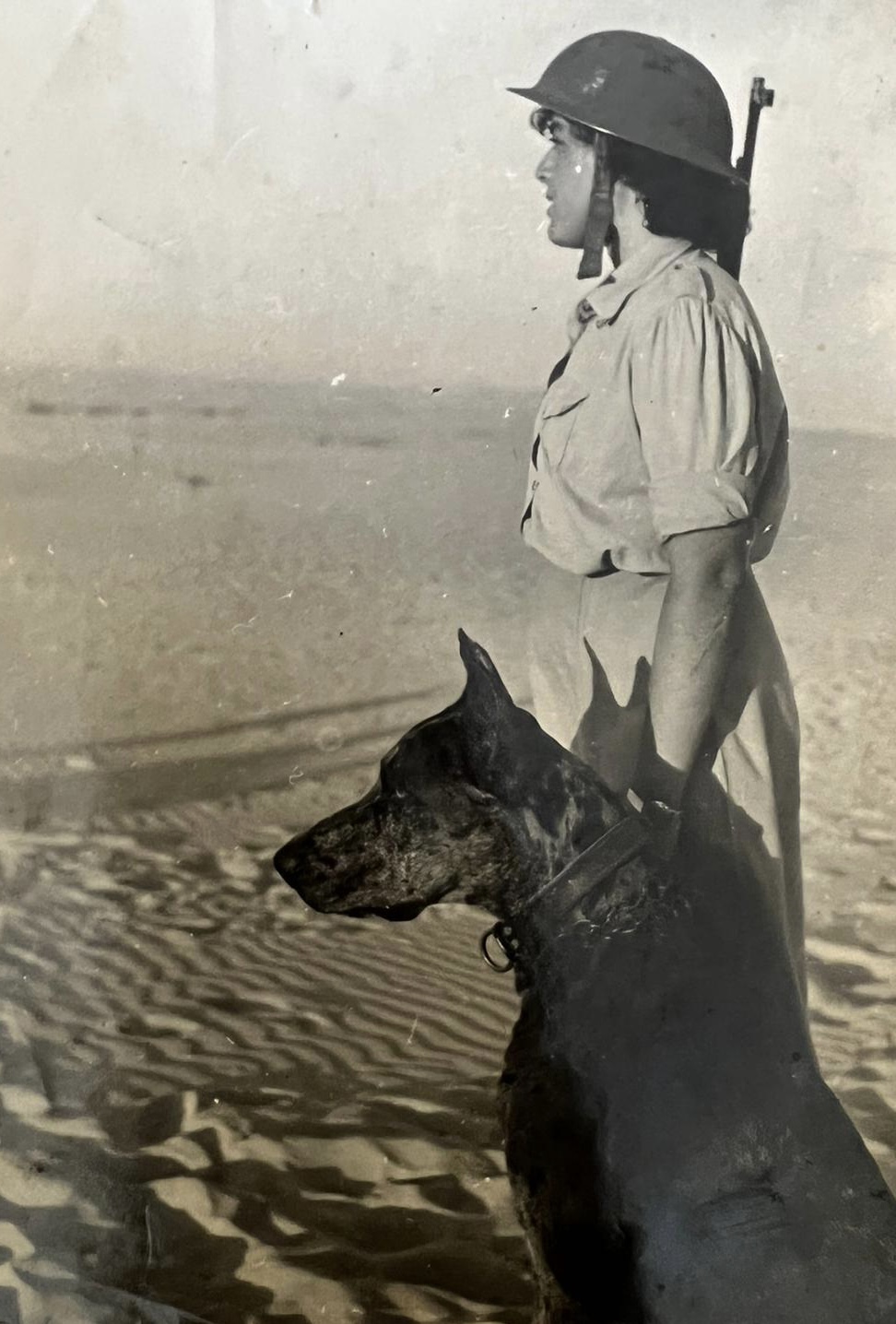 Esther Cohen joined the Haganah and then the IDF. Courtesy.

Not afraid to do anything

One of her first tasks was to teach a group consisting of a few Holocaust survivors about dog mating habits. “I was only 19 and yet here I was facing people who were much more experienced in life than me, and I had to explain something difficult. It was very challenging. But after that was done, I was not afraid to do anything.”

Cohen recalls one incident at the outbreak of the 1948-49 War of Independence when she and her family took a bus to see her grandparents near Haifa and were forced to turn back due to fire by Arab forces. She also witnessed a skirmish between the Haganah and the Irgun, a rival Jewish militia before they ended up merging into the IDF.

Her Haganah training included instruction in the KAPAP system of defensive tactics, hand-to-hand combat and self-defense. She also learned stick-fighting and jujitsu. She had a sidearm.

The Oketz Unit trained dogs for numerous tasks including guard duty and search-and-rescue. Cohen also revealed that they utilized messenger dogs and employed spies embedded deep within the Arab lines who used a whistle that had a frequency that humans could not hear to summon the messenger canines. These spies would send valuable information via these dogs back to the Israeli side.

“Long before modern-day communication, this was a safe and efficient way to send messages that really helped in the war,” Cohen said.

“Dogs are pack animals and you have to show them who the alpha is. But you also have to reward them,” she said. Cohen also recalls one particular dog that would fake a limp when asked to perform difficult drills, and they therefore could not use it. Not many dogs were killed in action, but she witnessed seven of them succumb to rabies.

She was later stationed at Tzrifin. On one occasion Egyptian forces saw a massive Great Dane in the Negev and mistakenly reported that the Israelis were using “trained tigers.”

Cohen left the IDF in 1950. The Oketz Unit she helped create was disbanded in 1954, although the military continued to use dogs. Oketz was revived in 1974 and the unit saw action in Lebanon.

Cohen eventually married her childhood friend, Alexander Cohen, and the couple moved to a farm. Today she enjoys a quiet retirement in Haifa and has two children, six grandchildren, and 16 great-grandchildren.