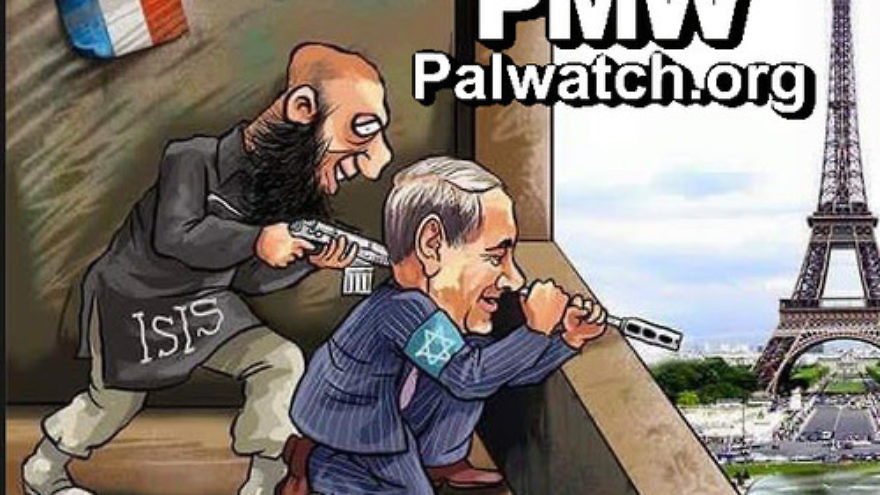 The Islamic State terror group took credit for the coordinated attacks that killed at least 129 people in Paris last Friday, but the Mahmoud Abbas-led Palestinian factions as well as the Swedish government found a different scapegoat: Israel.

While Israel has long been accustomed to Palestinian media incitement and conspiracy theories, the Jewish state was particularly jarred by Monday’s rhetoric from Swedish Foreign Minister Margot Wallström.

“Obviously, we have reason to be worried, not just in Sweden but across the world—because there are so many that are being radicalized. Here, once again, we are brought back to situations like the one in the Middle East, where not least, the Palestinians see that there is not a future. We must either accept a desperate situation or resort to violence,” Wallström said in a television interview.

“During the conversation, Dr. Gold harshly criticized the hurtful remarks by the Swedish minister and said any connection between Islamic State terror and the Palestinian issue is baseless and that her comments may be interpreted as a justification of Palestinian terror,” the Israeli Foreign Ministry said of the meeting between Gold and Swedish Ambassador to Israel Carl Magnus Nesser.

Attempting to clarify what Wallström had said, the Swedish Foreign Ministry stated, “In the interview which is referred to, no implication or reference was made that implied that the Israeli-Palestinian conflict had any relevance for the tragic events in Paris. We condemn all acts of terror. We must now unite as democracies to fight for our common values in these challenging times.”

The Israeli Foreign Ministry, however, stood by its argument that Wallström’s statement was “systematically biased and one-sided against Israel.”

“The blatantly vile way in which she linked the attacks in France and [the Israeli-Palestinian conflict] was nothing less than a blood libel,” she said.

Meanwhile, through traditional and social media, the Palestinian Authority (PA) and the Fatah faction—which are both led by Abbas—also blamed the Paris terror attacks on Israel.

Fatah on Monday posted two Israel-related conspiracy theory cartoons on its official Facebook page, according to Palestinian Media Watch (PMW). One of the cartoons showed Israeli Prime Minister Benjamin Netanyahu with an Islamic State terrorist near the Eiffel Tower; Netanyahu is pictured helping the terrorist aim his machine gun. In the other cartoon, two matches in a matchbox are labeled “Terrorism,” with the head of one match shaped as an Islamic State terrorist and the head of the other match as an Orthodox Jew.

An additional post on the Fatah Facebook page stated, “Terror is terror and we condemn all terror. Be it destroying houses in Nablus and killing our children by Israel or hitting a Russian plane over Egypt. The Paris attacks are criminal acts done by coward terrorists.”

PMW also reported that on Sunday, an op-ed published in Al-Hayat Al-Jadida—the PA’s official daily newspaper—stated regarding the Paris and Beirut attacks, “The wise and correct thing is to look for who benefits. In short: They need to search the last place reached by the octopus arms of the [Israeli] Mossad [spy agency]…It is clear that its ‘Mossad’ will burn Beirut and Paris in order to achieve Netanyahu’s goals. He, who challenged the master of the White House, hides in his soul enough evil to burn the world.”

—With reporting by Shalle’ McDonald