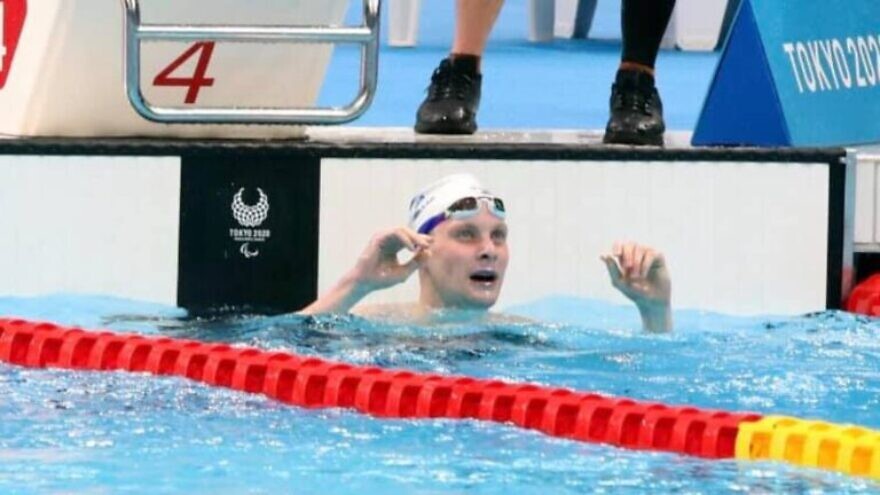 (August 29, 2021 / Israel21c) Mark Malyar, Ami Dadaon and Moran Samuel went into the Tokyo Paralympics with expectations of medaling, and they did not disappoint, netting four more medals for Israel over the weekend, bringing the country’s total so far to five.

Malyar, 21, won a second gold medal in Tokyo on Sunday morning, winning the 400-meter freestyle and setting a world record time of 4:31:04 minutes, Kan news reported. Malyar won gold in a 200-meter mixed swim on Friday, finishing in a record time of 2:29:01 minutes for his disability class.

Malyar—who was born with cerebral palsy, as was his twin brother, Paralympic swimmer Ariel—already holds the titles of European Champion and World Champion.

Samuel, 39, won a silver medal in the finals of the women’s single 2,000-meter event on Sunday. This is her third Paralympics Games; she won a bronze medal in Rio in 2016.

Samuel, who trains with Paula Grizetti at the Daniel Rowing Center in Tel Aviv, was a member of Israel’s national women’s basketball team before suffering a sudden spinal stroke at age 24 that caused partial paralysis. She also is a pediatric physical therapist. 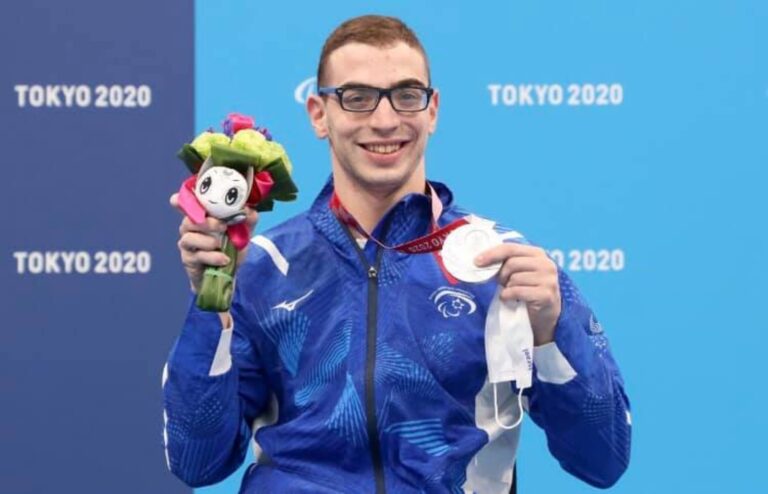 Ami Dadaon with his silver medal, Aug. 28, 2021. Photo by Lilach Weiss/IPCThe day before, Ami Dadaon, 20, took the silver medal in the 150-meter individual medley competition. Though this is Dadaon’s first Paralympics, he holds two world records and won a gold and a silver medal in the 2021 European Championships.

The Malyar brothers as well as Dadaon all train at Ilan Rehabilitation and Sports Center in Haifa under coach Yaakov Beininson. 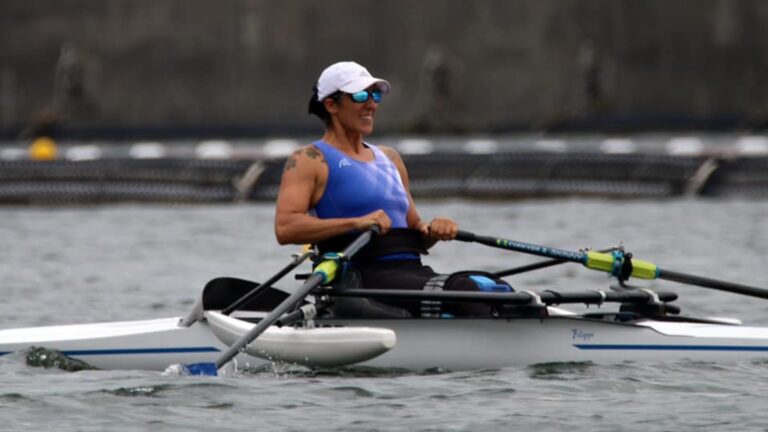 Moran Samuel in her silver medal-winning race at the Tokyo Paralympics. Photo by Keren Isaacson/IPC.

Maylar’s is the second gold medal for Israel in Tokyo so far. On Aug. 25, swimmer Iyad Shalabi finished first in the men’s 100-meter backstroke, becoming the first Muslim Israeli to win a Paralympic or Olympic medal for the country.

“Mark, this is so exciting. You are unstoppable. Both a gold medal and a Made-in-Israel world record! I wish you, your brother, and your special coach Yaakov Beininson more medals over the course of the games. Well done!,” said Herzog, according to a statement from his office.