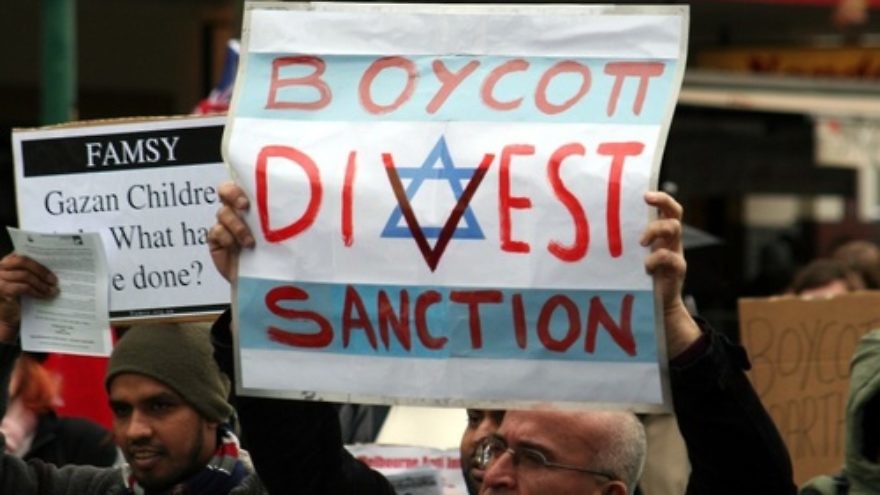 For 90 years, Hillel: The Foundation for Jewish Campus Life has provided what many call a “tent” welcoming students of every Jewish background and denomination on campus. But as Hillel named its next president and CEO, questions persist over how open that tent should be when it comes to opinions about Israel.

Hillel was created in 1923 at the University of Illinois, Urbana-Champaign, and was adopted by B’nai B’rith International in 1924 until the 1990s. The organization has grown to more than 500 campuses across North America.

In a search process characterized as “wide-ranging and open,” Hillel considered candidates with academic, corporate and/or Jewish community leadership experience to replace outgoing President and CEO Wayne Firestone. Published reports detailing the search process indicate that 325 individuals have been considered, and that more than 200 were personally contacted. The official announcement came July 15 with the naming of former Ohio congressman Eric Fingerhut—who also oversaw the Ohio Board of Regents, the state’s coordinating board for higher education—as its next president and CEO.

“I am honored to be joining such an esteemed and important organization,” Fingerhut said in a statement. “Everything in my life has led to this moment—my public service, my work on campuses and research centers across Ohio, and my lifelong devotion to Israel and the Jewish people. And so I couldn’t be more thrilled.”

National Hillel guidelines state that Hillel will not “partner with, house or host organizations, groups or speakers that delegitimize, demonize or apply a double standard to Israel.” But as Hillel experiences transition at the top, activist Natan Nestel has been voicing concern about how open Hillel’s tent is.

The former chairman of the Israeli Students Organization in North America (which he founded as a student at the University of California, Berkeley), Nestel is concerned that Hillel has allowed proponents of the anti-Israel Boycott, Divestment and Sanctions (BDS) movement to gather under Hillel’s tent. Nestel has created a documentary he said details the activities of pro-BDS groups on the UC Berkeley campus.

Nestel told JNS.org that groups that demonize Israel should be outside of the “big tent” on campus.

“Nominally Jewish groups, including those who assist anti-Israel groups and speakers to come to campuses, should not be included [in the tent],” Nestel said. Nestel cited the self-labeled “pro-Israel, pro-peace” group J Street, which he said sponsored the appearance at Berkeley of Breaking the Silence, an Israeli group that defames the Israeli army for “war crimes,” “crimes against humanity,” “ethnic cleansing” and “violations of human rights.”

Larry Sternberg, executive director of Hillel at Brandeis University, responded to Nestel’s criticism of Hillel by saying, “Unless he has specifics about how many people ascribe to specific movements, his broad statements are not necessarily factual.”

But Sternberg acknowledged that at a campus like UC Berkeley, “a student may feel besieged.”

“Nestel may feel that the battle is the center focus on campus,” Sternberg told JNS.org.

Sternberg, however, said the opposite is true on most campuses. “While BDS must be fought, it is not center stage,” he said.

Sternberg asked, “What is the reality check on rhetoric that says Hillel should be forbidding something? Even if Nestel wants to say Hillel s

hould enforce its tent, suggesting that Hillel can control what is outside its tent is useless.”

J Street leaders challenge the claims of critics such as Nestel who say the group should be placed outside of Hillel’s tent. Simone Zimmerman—president of the national student board of J Street U, the group’s campus arm, and a graduate of UC Berkeley’s class of 2013—told JNS.org that J Street U is giving a new voice to students who “otherwise wouldn’t find a place in Hillel.”

“I think J Street U has been really essential in helping more students in Hillel engage with Israel and develop a more nuanced and complex and meaningful relationship with Israel as American-Jewish students,” Zimmerman said.

Nestel detailed his concerns about J Street, and about Hillel’s reaction to J Street’s campus activities, in a February 2012 op-ed for the Jerusalem Post.

“J Street is already entrenched at Berkeley’s Hillel and the JSU (Jewish Student Union),” Nestel wrote. “The Hillel group, Kesher Enoshi (KE), is its proxy there. This year KE, along with J Street U, brought the founder of the Sheikh Jarrah Solidarity Movement in to speak at Hillel. He demonized Israel, proclaiming, ‘Jerusalem is a symbol of evil.’ Berkeley’s Hillel director argued that this was ‘within the framework of national Hillel’s Israel policy.’”

Zimmerman, however, noted J Street U’s efforts to respond to BDS on UC Berkeley’s campus and others.

“When BDS came up four years ago [at UC Berkeley], we weren’t an official group on campus yet, but many of us who went on to found our J Street U chapter on campus were very involved in the Hillel organizing against BDS,” she told JNS.org. “And this year, when we had another divestment resolution considered, student leaders from within Hillel, leaders of the pro-Israel groups, actually reached out to us and asked for our help to be part of the anti-divestment effort.”

Columnist Daniel Gordis, like Nestel, has questioned the inclusion of J Street in the pro-Israel tent on campus.

“Is J Street in the tent, or out?” Gordis asked in a Jerusalem Post op-ed. “It’s one thing to put ‘pro-Israel’ in your tagline, and another to be ‘pro-Israel’… Even a big tent, though, has its limits.”

Sternberg, however, told JNS.org his experience with J Street has been “very different.”

Ira Stup, deputy director of J Street U, told JNS.org that many Hillel directors “have seen the work that we’ve done and how many people have come into the Jewish community and into Hillel buildings through J Street U, and have really come to appreciate that.” Stup also noted that Firestone, Hillel’s outgoing CEO, recognized the work J Street U does in response to BDS at a student leadership institute gathering of the top 100 J Street U leaders.

While activists such as Nesel have detailed a hostile environment for pro-Israel students at California campuses such as UC Berkeley, Ellen Goldstein, Hillel’s vice president of communications, told JNS.org that the East Coast and the West Coast “are different.” The alleged West Coast environment is “not representative of the national scene on campus” for Jewish students, Goldstein said. She noted that the most recent reports by The David Project and the American-Israeli Cooperative Enterprise, pro-Israel advocacy groups, both conclude that the influence of anti-Israel activists on U.S. campuses is “relatively marginal.”

At the University of Pennsylvania, where a pro-BDS conference was held in February 2012, Hillel Director Rabbi Michael Uram told JNS.org, “Penn created the space for having the conversations… to come around the table and have conversations in a way that recognizes Israel’s achievements and its challenges. Conversations provide a wide-ranging opportunity for discussion that can lead to engaging the opposition.”

Uram estimates that 12 students organized the BDS conference. About 175 people attended. Despite significant attention from the media, the conference “was not a campus-wide anti-Israel event,” he said.

“The vast majority of students never made a link between Israel and apartheid. We did not want to respond in a way that created two sides,” Uram said.

At Penn, the action—not reaction, Uran emphasized—to counter the BDS conference was the creation of a weekend of positive Israel experiences.

“Alan Dershowitz spoke, asking over 700 people ‘Why do you love Israel? Why does Israel matter?’ ‘Invest in Israel’ events hosted by fraternity and sorority students raised over $7,000 for Israeli charities. Fifty-four individual Shabbat dinners brought Jews and non-Jews together to speak about Israel. About 800 students participated. Conversations focused on three topics plus independent additions. Dinner conversations ranged from the simple to the very sophisticated – designed to ensure that every student would be able to participate,” Uram said.

In all, almost 1,400 students and adults were involved in “Israel positive” events, Uram said.

“We just ignored [BDS activists] and stayed on our message…. There was a general sense of forward momentum and pride. It became a thing to do,” Uram said.

Penn Hillel is “continuing to build” on the success of the pro-Israel response to the BS conference, according to Uram. The message Hillel is seeking to get across is, “Israel will be one of the great parts of being Jewish that helps you live a good life.”

Stup said J Street U was “part of the response” to the BDS conference at Penn, including the organization of the Shabbat dinners referenced by Uram.

Fingerhut, as the next Hillel CEO, will need to deal with ongoing questions over how open Hillel’s tent should be. Jonathan Tobin, senior online editor for Commentary magazine, has written that there is “no alternative” to Hillel and its supporters being able to “stand their ground and to help Jewish students find the courage to stand up against the enemies of their people.”

Tobin noted that BDS proponents “are not seeking dialogue; what they demand is the destruction of the modern State of Israel.” Therefore, he wrote, applying “the principle of inclusiveness or neutrality toward BDS is no different than neutrality toward beliefs that stigmatize Jews.”

“What these students [advocating for inclusiveness or neutrality on Israel] don’t understand that is that their fight for an ‘open Hillel’ means giving a pass to hate,” Tobin wrote.