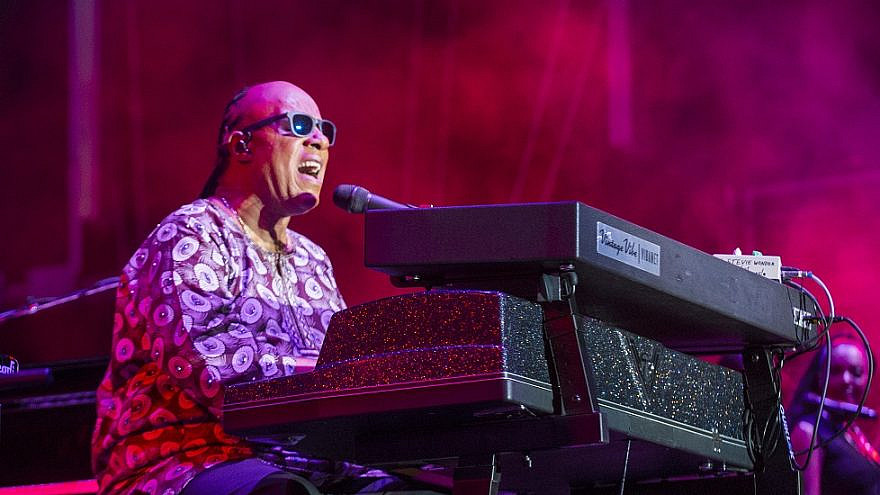 (February 10, 2021 / JNS) Legendary singer-songwriter Stevie Wonder was awarded Israel’s prestigious Wolf Prize on Tuesday along with a group of laureates in the arts and sciences.

The “Superstition” singer received the award for “his tremendous contribution to music and society enriching the lives of entire generations of music lovers,” according to a statement from Israeli President Reuven Rivlin’s office.

Wonder, 70, is only the second black recipient to receive the Wolf Prize in the music field, following opera singer Jessye Norman. He shares the music award with Austrian composer Olga Neuwirth.

“Both Neuwirth and Wonder, though fundamentally different in genre and style, have pushed the boundaries of their art, each in his/her own realm of expression, to serve as a vehicle for universal values and humanistic ideals,” said the state-owned nonprofit Wolf Foundation, which administers the award to promote excellence in science and the arts.

Giorgio Parisi received the prize for physics; Joan Steitz, Lynne Maquat and Adrian Krainer won the medicine prize; and Leslie Leiserowitz and Meir Lahav won in the field of chemistry.

“Each one of them can bring us out of the depths and lift our souls in a way that sometimes we don’t even fully understand,” said Rivlin, who announced the awards.

The Wolf Prize has been awarded since 1978. Each honoree receives a certificate and a monetary award of $100,000. The prizes are typically handed out in a ceremony at the Knesset, but due to the ongoing coronavirus pandemic, they will be given to the laureates at their respective homes.