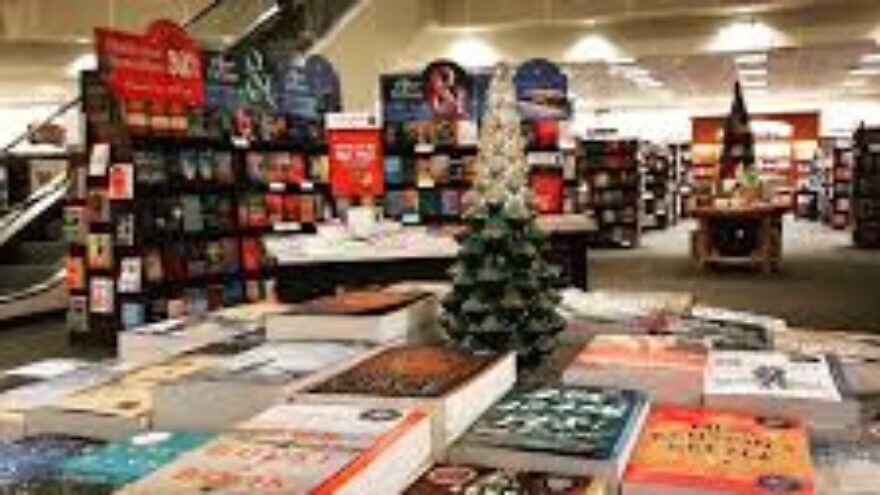 Barnes & Noble also does not sell the film of the same name, which is based on the book.

However, both the book and the film remain available on Amazon.

More than 200 members of the entertainment industry–including celebrities such as actresses Mila Kunis and Mayim Bialik and top executives such as Sherry Lansing and Haim Saban–signed an open letter calling on Amazon and Barnes & Noble to remove the antisemitic documentary and book from their respective platforms.

The book and the film include Holocaust denial and quotes attributed to Adolf Hitler and Henry Ford and claims that Jews worship Satan and controlled the Atlantic slave trade and currently control the media.

Both Amazon and Barnes & Noble had refused to remove the documentary and book, and in the days since New York Nets basketball player Kyrie Irving posted a tweet with a link to both, they become bestsellers.

“Respected platforms and companies like Amazon and Barnes & Noble have a choice,” said Ari Ingel, director of Creative Community for Peace. “They can either continue to profit off of hatred and antisemitism, while turning a blind eye to the fears of the Jewish community, or they can choose to be an ally, and stand on the right side of history. We implore them to take the prudent, responsible steps needed to remove this content.”