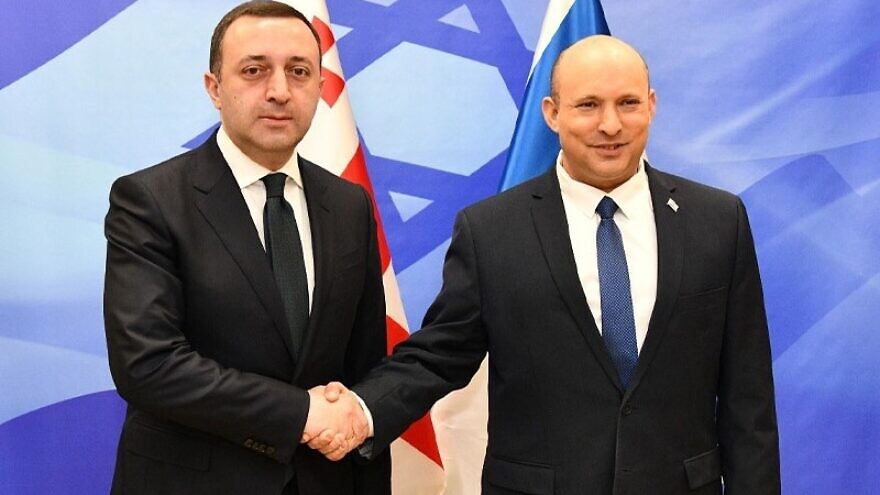 According to a statement by Bennett’s office, the leaders “discussed geopolitical changes and their implications, regional challenges and joint opportunities for Israel and Georgia, as well as cooperation in trade, investments and agriculture.”

Israeli Agriculture and Development for the Negev and Galilee Minister Oded Forer was also in attendance.

According to the Georgian website Agenda, Bennett told the head of the Georgian government that it was “no secret that we value each other very much,” while Garibashvili noted the “close” friendship between the states in his own remarks.

“The meeting highlighted the positive dynamics of bilateral cooperation in various fields,” said the report, adding that it created “opportunities to further develop partnerships in many areas, including education, infrastructure, tourism, trade and agriculture.”

“Bilateral cooperation between Georgia and Jordan, and the questions of enhancing it” was discussed at the meeting, according to Agenda.

The Georgian prime minister crossed into Jordan on Monday for a two-day visit.