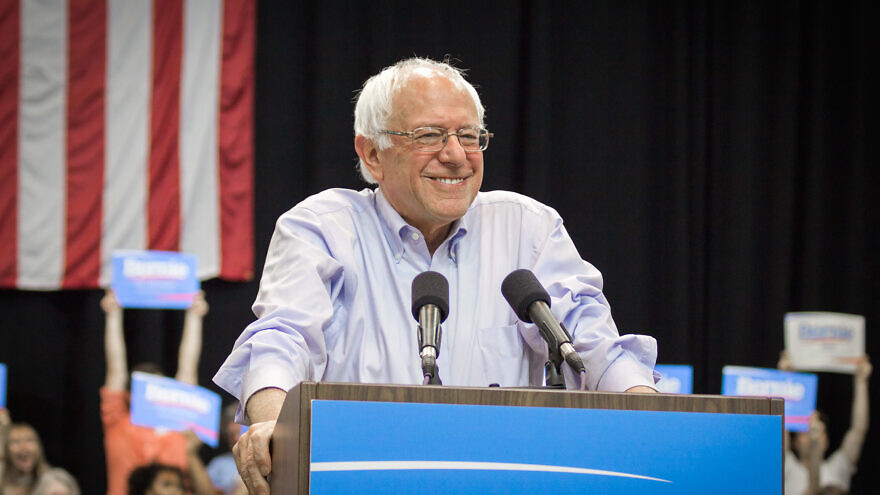 (April 13, 2020 / JNS) Sen. Bernie Sanders (I-Vt.) endorsed his rival, Joe Biden, for the Democratic Party’s 2020 presidential nominee on Monday, less than a week after suspending his campaign and dropping out of the running, making the former U.S. vice president the presumptive nominee.

“We need you in the White House,” Sanders told Biden via live stream, where the two appeared on split screens. “And I will do all that I can to make that happen.”

“I’m going to need you,” replied Biden. “Not just to win the campaign, but to govern.”

The move by Sanders on April 8 to end his second bid to become the first Jewish president came in the aftermath of losing most primaries following South Carolina on Feb. 29, when Biden won over Sanders by more than 28 percentage points.

The endorsement comes despite the two disagreeing on numerous issues, including the U.S.-Israel relationship. For example, although the two are critical of Israeli Prime Minister Benjamin Netanyahu, Biden has objected to leveraging U.S. assistance towards Israel, while Sanders has been in favor, even stating that he was in favor of some funding going to Gaza, which is controlled by the U.S.-designated terrorist group Hamas.