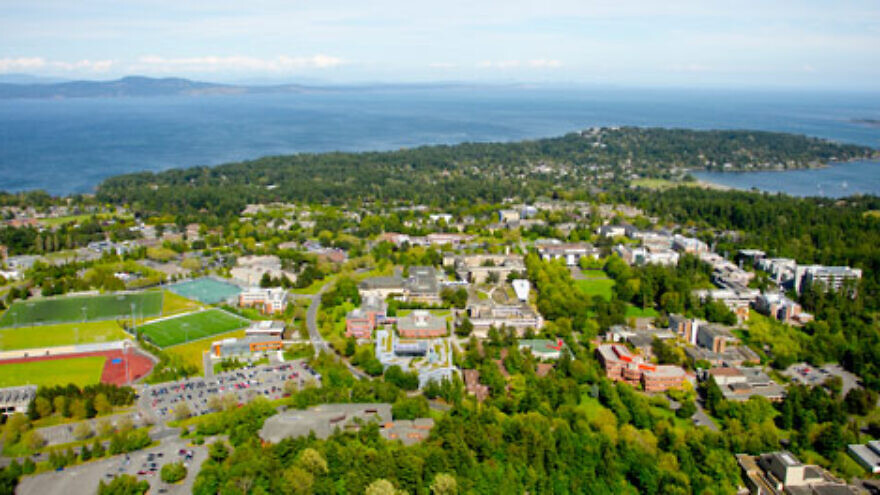 (August 27, 2021 / JNS) B’nai Brith Canada said it wants reassurance from the University of Victoria (UVic) that an upcoming course on anti-Semitism will not become a “forum for anti-Semitic views” because of its professor.

UVic originally offered a course for the fall semester about anti-Semitism that would be taught by assistant professor Shamma Boyarin, who has taught religious studies and medieval studies at the university since 2008. Its description claimed that “even the most fundamental aspects of anti-Semitism are controversial,” and said students “will develop the ability to examine both current and historical instances of anti-Semitism with a critical eye.”

Boyarin called the former president of the Anti-Defamation League Abe Foxman a “Zionist pig” in a Twitter post in May. In a June tweet, he alleged that “North American Jews” have “actively contributed” to “ethnic cleansing and genocide” and “raised our kids to take part in it.” In a separate tweet that month, Boyarin poked fun at the experience of Eve Barlow, a Jewish woman who faced online anti-Semitism during the 11-day conflict between Israel and Hamas in Gaza in May.

Equally, if not more concerning is a personal Twitter account of his called Motley Jëw. As of Friday, his tweets became protected.

Also on Friday, B’nai Brith posted on Twitter a letter titled, “Academic Freedom Is No Excuse for Anti-Semitism.”

After B’nai Brith told UVic officials that they felt it was inappropriate for Boyarin, who seems to be Jewish, to teach a course on anti-Semitism, the class was changed in early August.

The updated course description now states that students will learn an introduction to anti-Semitism through “a historical survey of key texts and moments from Augustine to Luther,” and “the particular role Christianity has played in developing and sustaining anti-Semitism in Europe.” However, the course is still being taught by Boyarin.

“Moving this course away from modern anti-Semitism is an important first step,” said B’nai Brith Canada CEO Michael Mostyn. “However, we are still concerned that instead of educating students on the scourge of Jew-hatred, there is a risk—albeit a reduced one—that hostility toward Jews will instead be promoted.

He said, “UVic must provide assurances to the Jewish community that academic freedom will not be used as [a] cover to falsely accuse Jews, as a whole, of contributing to genocide, among other anti-Semitic canards.”