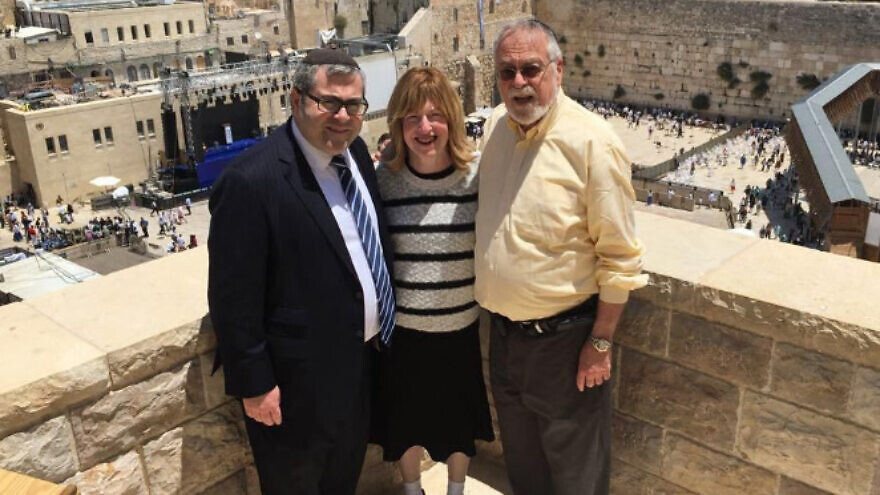 (September 14, 2022 / JNS) A Brooklyn rabbi who died a year ago will have an intersection named in his honor less than half a block from the synagogue he led for more than 45 years.

Rabbi Melvin I. Burg died last September on the evening after Rosh Hashanah. His family, congregants, community leaders and local residents will attend a ceremony in the Flatbush neighborhood of Brooklyn, N.Y., on Sept. 18 to dedicate “Rabbi Melvin I. Burg Way,” the intersection between Ocean Avenue and Avenue V.

Burg was the rabbi of the Ocean Avenue Jewish Center, also known as Congregation Pri Eitz Chaim. Before he died, he led Rosh Hashanah services at the synagogue one last time.

“The Almighty granted him one full day to minister to his beloved congregation as he had lived his life,” said his son Rabbi Steven Burg, CEO of Jerusalem-based Orthodox group Aish Global. “My father was a soldier in God’s service, and he was granted permission to stand at his post one last time by his beloved General. I am forever grateful to the Creator for allowing him such a graceful exit.

“He loved every Jew as if they were his family. The pulpit wasn’t a job; it was his family,” he added.

The Bronx-born rabbi was also a member of Brooklyn’s Community Board 15, active with the 61st Police Precinct Community Council, and executive director of the Vaad HaRabonim of Flatbush, an organization of rabbis that coordinates Jewish activities in the area.