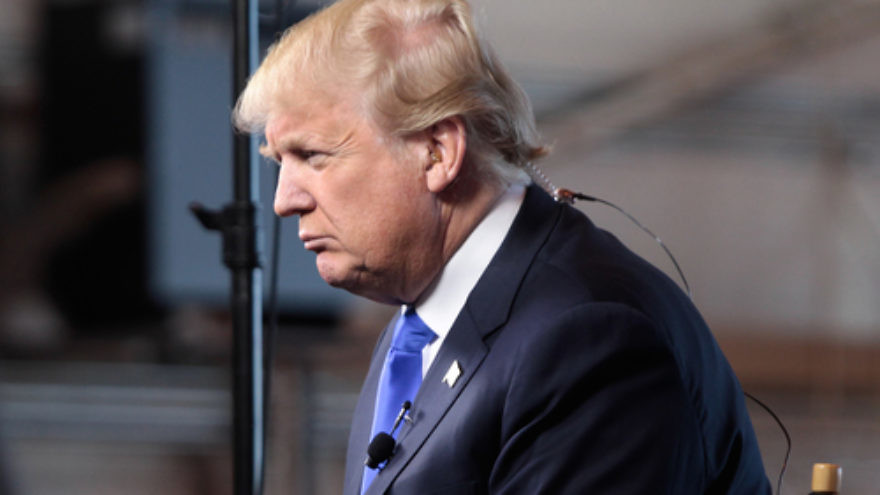 This presidential election season is nothing if not fascinating, and the media coverage itself is driving considerable debate. What’s also interesting, but has so far gone unexplored, is how Israeli media are covering the American elections. Israeli election coverage offers insights into how the press in the U.S. and Israel stack up against each other in treating both this election cycle and politicians in general—and how Israelis themselves view the elections.

As someone who worked for many years as a media advisor for leading Israeli politicians, and who has run a PR agency in New York for the last six years, I’ve had the chance to explore up-close how American politics operate, how American media work, and how American media differ from Israeli media.

What really stands out this year is that this U.S. election has generated much more interest than past American elections in the Israeli media—and, by association, in the Israeli public—for two main reasons: Donald Trump and Sen. Bernie Sanders (I-Vt.).

With Sanders, Israeli media are excited about the fact that there is a serious presidential candidate who is Jewish. Even though Sanders is shying away from his Jewish roots and has avoided detailed discussions about Israel, this isn’t dampening Israelis’ Jewish pride. For ordinary Israelis, it is practically unimaginable that a Jew whose family lost members in the Holocaust stands a real chance of occupying the world’s most powerful role. It’s about Jewish DNA and Jewish history, and the sense that centuries of persecution could symbolically end with Sanders reaching this exalted office.

Trump, on the other hand, is seen by many Israelis as the most “Israeli” presidential candidate America has ever had. All of the things that many observers in America criticize him for—being aggressive, arrogant, blunt, loud, stubborn, argumentative, confrontational, and so on—are all attributes many Israelis admire and see in themselves.

In short, Trump’s personality is 180 degrees from President Barack Obama’s, who is known for being cerebral and deliberative. Trump talks tough and appears unafraid to deal with the rough-and-tumble Middle East.

Ultimately, Israelis relate to Trump, even if they wouldn’t necessarily vote for him (if they were American) or if they remain wary of his pledge to remain objective in Mideast negotiations. The fact that he reminds them of themselves and is the polar opposite of Obama in every way makes him an attractive candidate, or at least a compelling one. They believe that whatever happens, he will be a better president for Israel than Obama has been. Further, they remember that Trump has an Orthodox Jewish daughter who is raising her children in a kosher home.

Israeli press coverage of Trump echoes this sentiment. Israeli media are closely following the elections, sending reporters to cover the primaries and interview voters, and paying unusually close attention to Trump. Even Israel’s widely read liberal daily newspaper, Haaretz, while not naturally a supporter of the right and hardly a Trump backer, has written extensively about him, including a recent piece warning that “Trump has unleashed America’s monsters.”

Meanwhile, the American media coverage of Trump’s presidential campaign reveals a lot about how the U.S. press operates. Even though most of the media, including Fox News, fear a Trump presidency and make fun of his style and arrogance, they cannot ignore him. He’s led in the polls for months, dominated Super Tuesday, and is bottom line the best show in town. Cable TV stations like CNN are seeing YUGE (in Trump lingo) ratings spikes. Everybody wants to know what Trump will have to say—whether they agree or not. Further, Trump’s candidacy has generated an internal debate in the U.S. press. While many abhor his message and feel that frequent coverage only encourages the demagogue, they recognize that Trump means big headlines and better TV ratings.

That media debate is unlikely to ever take place in Israel, though. While Americans generally respect and even idealize the rich, Israelis harbor a deep dislike for billionaires, and they would likely never support a wealthy political candidate. The Israeli media, therefore, would certainly go after such a candidate.

Generally, there is a big difference between how the American and Israeli media handle politicians. As a rule, the American media accords much greater respect to its elected representatives (or to candidates) than does the Israeli press, which tends to be much more skeptical of its public figures.

Many believe that Israeli media are more aggressive and cynical than the American press when it comes to reporting on its politicians. Israeli reporters tend to leap at the first chance they get to attack their subjects. Some accuse the Israeli media of being outwardly disrespectful to Israeli politicians, who are, after all, elected by the public through a democratic process.

For example, it’s not unusual to see an Israeli reporter answer a phone call during a press conference or in the prime minister’s office. Often, an Israeli TV host will lack the proper etiquette and show little to no courtesy to an Israeli politician appearing on her show, so much so that she will interrupt him mid-sentence. This is different from TV interviews in America, where, even if the host has tough questions and differing views, he or she will try to be as polite and respectful as possible. The closest American TV news shows come to their Israeli counterparts are the cable gabfests in which multiple pundits are actually encouraged to create conflict.

In Israel, the public generally supports the media’s hard-line tactics with politicians. Years of political scandals, a former prime minister in jail for bribery, and others accused of sexual harassment and worse, have combined to topple the old Zionist icons and idealism. Meanwhile, it takes two to tango, and for years, many Israeli prime ministers have shown an extreme lack of respect for Israeli journalists—to the point that they will avoid them at all costs.

This is in direct contrast with the U.S., where the country’s geographic size and complex media market means presidents and politicians have no choice but to deal with journalists. Presidents, even if they are criticized for holding fewer press conferences than their predecessors, still regularly rely on briefings with the media.

Further, many mainstream media personalities are criticized for being too cozy with politicians, creating and “Inside-the-Beltway” mentality and “punditocracy” that serves as a feedback loop between politicians and the press.

While the Israeli and American media differ on many fronts, they do agree on one thing: the 2016 presidential elections continue to rock conventional wisdom and bring new surprises every day. Trump’s candidacy continues to challenge the media, in both the U.S. and Israel, and will likely become a case study for journalism students for years to come.

Arik Puder is a leading media strategist in North America and Israel, and the founder of Puder PR in New York. In Israel, he served as a spokesperson and/or media advisor for the Knesset House Committee, former minorities minister Saleh Tarif, and former immigrant absorption ministers Yuli Edelstein (now the Knesset speaker) and Tzipi Livni.