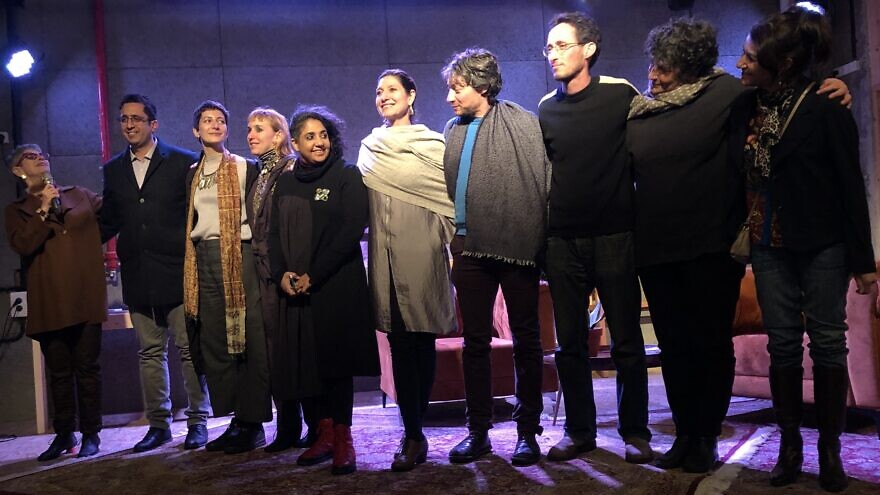 (May 27, 2022 / JNS) Put together four renowned artists from different genres and different corners of the world, match them with four dynamic Jerusalem arts institutions, bring those visiting artists together with the city’s arts community, add public events in a series of Jerusalem’s most interesting venues and you’ll have the recipe for the highly successful recently concluded 2022 Jerusalem International Fellows program.

This year’s fellows, Sophia Borges, a visual artist from Brazil; Vibha Galhotra, a conceptual artist from India; Claudia Lavista, a Mexican choreographer and dance company director; and Anna Lublina, an American interdisciplinary performance artist living in Germany spent the last 10 weeks in Jerusalem both absorbing and contributing to the local arts scene.

Arriving at the tail end of an extraordinarily cold and rainy Jerusalem winter, the four women, who had never been in Israel before, took up residency in the Musrara neighborhood on the seam of the eastern and western parts of the city.

Their stay in the city encompassed Ramadan, Passover and Easter, as well as the most recent flare-up of terror attacks that killed and wounded Israelis in Beersheva, Tel Aviv, Hadera and Elad. There was also frequent Arab violence at Damascus Gate a few hundred yards away from their temporary home, but the artists took it all in stride and continued their creative work, and efforts to engage a cross-section of Israelis at encounters in a variety of venues in Jerusalem. 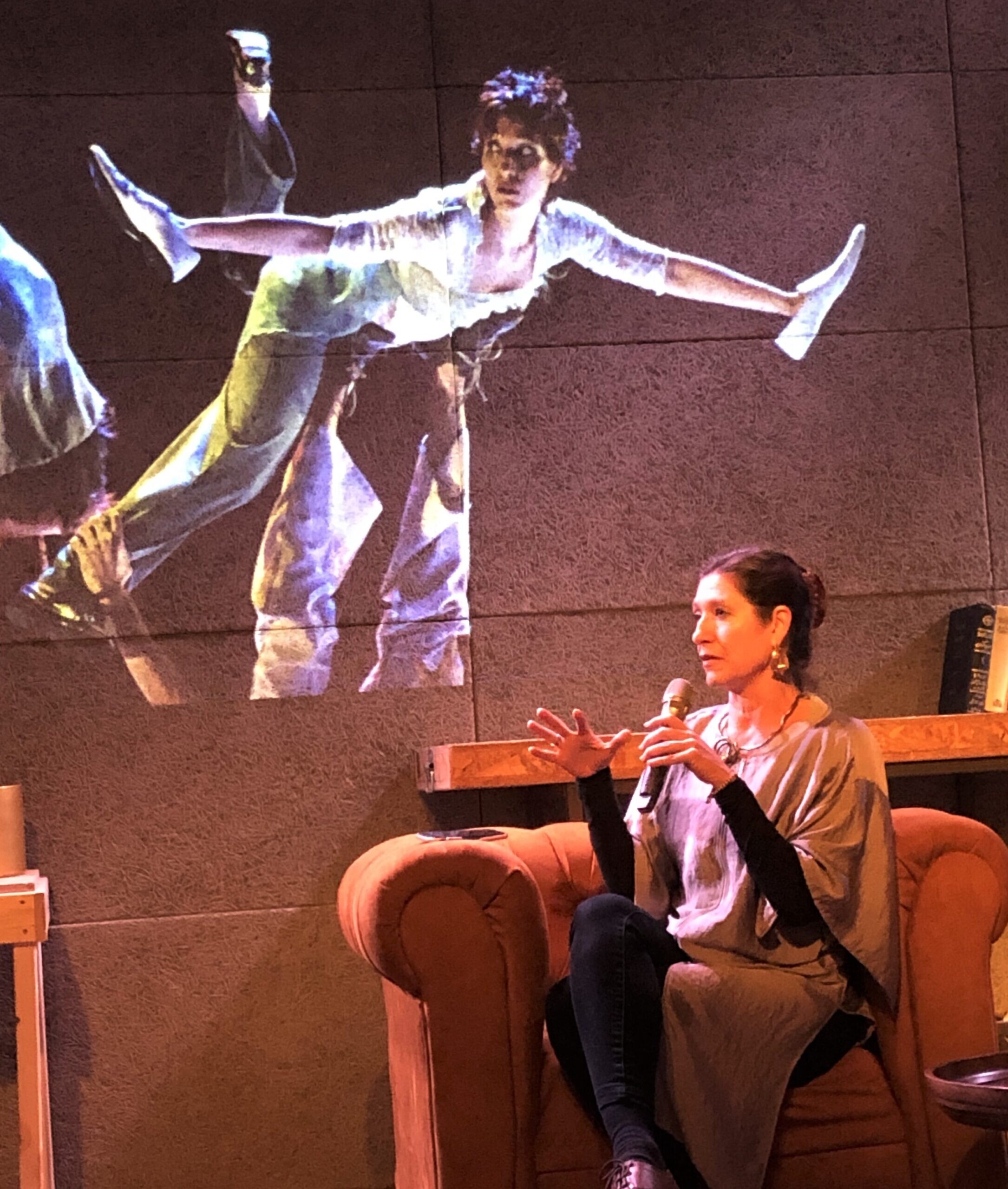 In a farewell blog post, Lavista wrote: “I’m going back home full of new visions and ideas, and a better understanding of the Israel/Palestine culture. But mainly, I’m leaving with new friends, with a new community of wonderful people that I can call now colleagues. So, this is now a place for me to come back and have joy … that’s priceless.”

The fellows survived an exhaustive selection process to be accepted into the program, and the task of determining which local arts groups would be the best hosts took several years of meetings and multiple visits by the American organizers. “The hosts represent a wide range of sizes, locations, foci, disciplines and facilities—a microcosm of what East and West Jerusalem offer to the world,” said Elise Bernhardt, the founder and director of the Jerusalem International Fellows program.

Borges partnered with the Idbaa School of the Arts in the eastern Jerusalem neighborhood of Sheikh Jarrah; Galhotra was hosted by Muslala, a community of artists and art space in Musrara; Lublina found herself working with the Bloomfield Science Museum; and Lavista was hosted by the c.a.t.a.m.o.n. dance company in western Jerusalem.

The idea for the Jerusalem residency grew out of a desire to expand on a successful but limited program called the American Academy in Jerusalem that Bernhardt initiated in 2010 when she was CEO of the New York-based Foundation for Jewish Culture. That three-week residency program brought American artists to one western Jerusalem venue, Mishkenot Sha’ananim, and Bernhardt was determined to widen the horizons of the program.

“I’ve never been in a place that’s so beautiful, so complex, so interesting,” Bernhardt told the crowd at the public launch of the program in March before she introduced the 2022 fellows. She emphasized that the goal of the program is to engage the visiting artists with as many facets of “Jerusalem’s cultural eco-system,” as possible. 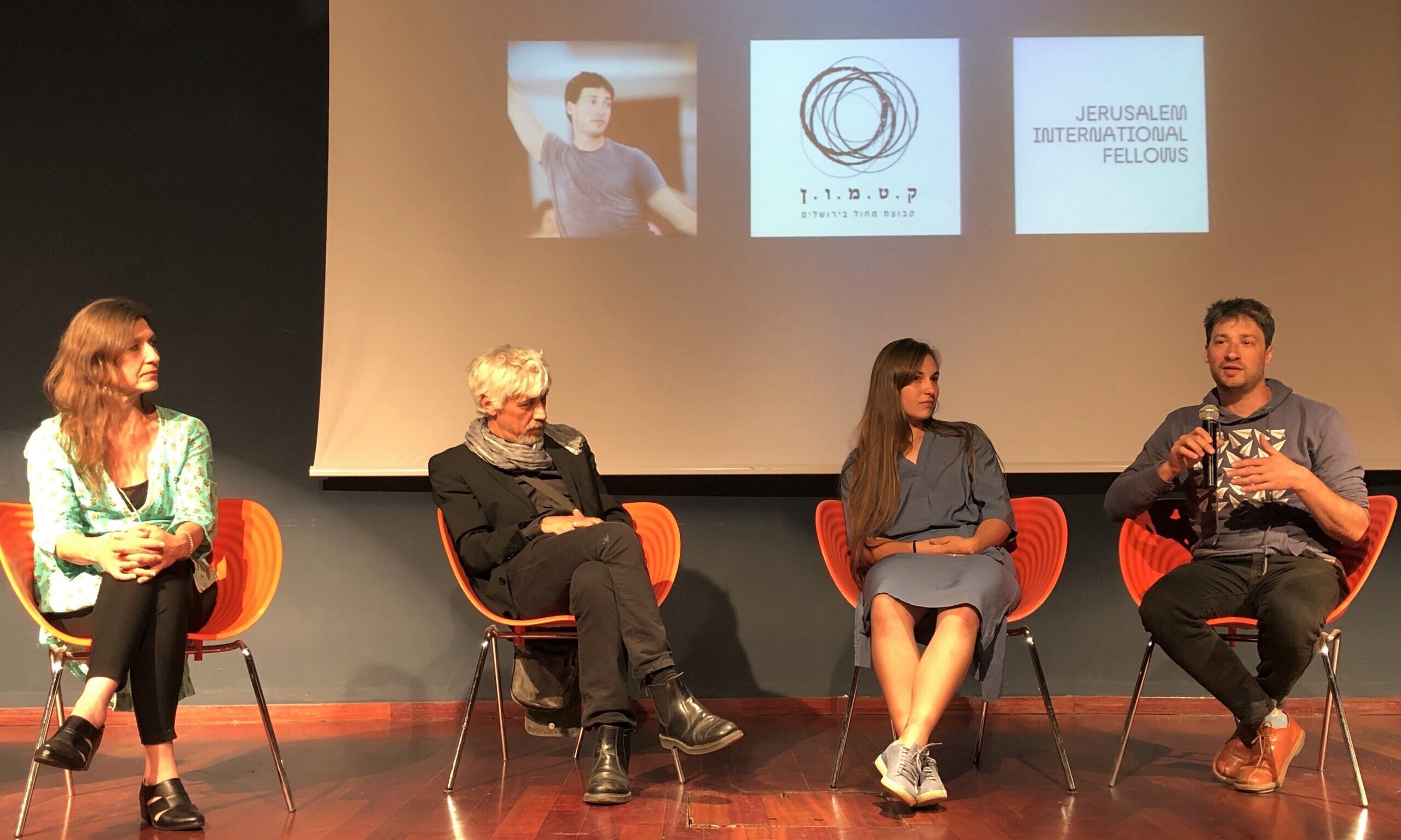 ‘A place of freedom and connection’

During the 10 weeks of the program, the fellows delved into many sections of Jerusalem and the surrounding area accompanied by a variety of Arab, Druze, Bedouin and Jewish guides.

In the final public Work in Progress session held at the Bloomfield Science Museum, Lavista recounted how the people she met during the residency were the most significant part of her experience. “The important thing is not the work but the relationships,” she emphasized and thanked all who hosted her for Shabbat dinners.

Lavista, 52, is a renowned dancer and choreographer, and the artistic director of the Professional School of Dance of Mazatlan. During a master class for 30 students at the Jerusalem Academy of Music and Dance that happened to take place on Holocaust Memorial Day Lavista said she felt that Mexico and Israel “are not so different as cultures. We’re both warm, emotional, and we have ancient roots.”

Lavista shared her artistic philosophy with the attentive students. “As dancers, we are creators,” she said. “Dance is a living creature that changes all the time. Dance is a place of freedom and connection. I wanted to come and see who you are so I can bring that back to my students.”

For Elad Shechter, founder of the c.a.t.a.m.o.n Dance Group that hosted Lavista, the residency was “such a powerful experience to work with such a remarkable artist.” Shechter told JNS that while his group has worked with many international dancers, the opportunity to expose his audience and dancers to Lavista was “a gift.”

Of particular significance, Schechter added, was the fact that Lavista came with no preconceived notions and little knowledge of Jerusalem. “At the end, we found her external point of view so rich for us on both the cultural and artistic level.”

Schechter told JNS that thanks to the connection with Lavista, his group has been invited to appear at four festivals in Mexico in 2023. In turn, Lavita plans to take up an invitation from the Jerusalem Academy of Music and Dance to teach next spring. In September, the c.a.t.a.m.o.n. company will premiere the video she worked on during her residency.