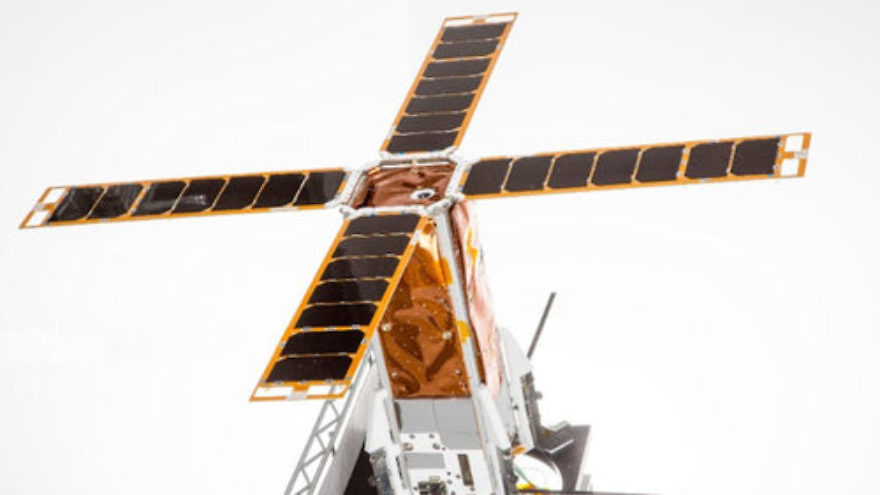 Adding to Israel’s existing reputation as the “start-up nation” and a major hub of innovation, the Jewish state is a rising star in space and satellite technology.

Several key developments in recent years highlight Israel’s growing contributions in the field, including the successful launch of the Venus satellite Aug. 2. Venus, a micro-satellite weighing 550 pounds, was jointly designed by Israeli and French aerospace firms for the purpose of monitoring climate change. The cutting-edge satellite observes 110 sites on five continents every two days, and closely monitors the impact of human activity on vegetation, water and carbon levels.

Israel is the smallest country in the world to launch its own satellites, and is also one of only 11 nations with the ability to independently launch unmanned missions into space. Currently, Israel has 17 civilian satellites orbiting the Earth, two-thirds of which are communication devices.

Preceding the launch of Venus, Israel launched its first nanosatellite, BGUSAT, in mid-February as part of an academic initiative by Ben-Gurion University of the Negev that enables researchers to study climate change as well as agricultural and other scientific phenomena.

Slightly larger than a milk cartoon, the nanosatellite is outfitted with a visual and short wavelength infrared camera and hovers at 300 miles above the Earth’s surface—allowing researchers to study a broad array of environmental phenomena, including atmospheric gases like carbon dioxide.

In line with the nanosatellite launch, Blasberger said one of the Jewish state’s greatest feats in the field is its “very strong” capability for “miniaturizing satellites.”

“Our satellites’ performance per kilogram is the best in the world,” he said. “For example, the Venus satellite is 250 kilograms (550 pounds). In comparison, other satellites in its class weigh at least two or three times as much.”

Besides being able to condense a large amount of technology into a small space—much like the modern state of Israel itself—other Israeli satellite innovations are being developed in the private sector.

With the global civilian satellite technology market worth an estimated $150 billion a year, Israel hopes to corner at least 10 percent of that sector, and is aiming to earn as much as $15 billion in space technology exports annually.

“Currently, we have several Israeli start-up companies with innovative ideas for space technology and services, which we hope will be on the cutting-edge of technology in this sphere within the next few years,” said Blasberger.

While Venus and BGUSAT are two prominent examples showcasing Israel’s prowess in space technology, these public-facing initiatives fall under the smaller of two separate organizations that comprise the Israeli space program.

“The Israeli space program is supported by two government agencies, the Ministry of Defense and the Israel Space Agency,” Blasberger explained. “Israel’s largest space program today is run through the Ministry of Defense. This program started back in 1983, and most of Israel’s [space-related technological innovations] were gathered through this program.”

The Defense Ministry initiative is mostly focused on the “development of observation satellites,” Blasberger said, without elaborating.

The technology developed under this military space program was eventually applied to produce civilian satellites. The civilian program, Blasberger said, was funded “just within the past four or five years, with a relatively small budget.”

As of 2016, the Israel Space Agency’s annual budget stood at $15 million, comparable in size to the Mexican, Swiss and South African space programs.

Following the Venus satellite’s launch in August, Israel’s Science, Technology and Space Minister Ofir Akunis noted the need to expand funding for similar future space endeavors to maintain the Jewish state’s status as a leader in the field.

Nevertheless, with its relatively small budget, the public face of the Israeli space program runs various advanced initiatives. These programs “are only for peaceful purposes and based on a lot of international cooperation, and a lot of investment in education of youth,” Blasberger said.

In 2016, the Israel Space Agency also became an official member of the United Nations Committee on Space Affairs, after Israel was accepted into the U.N. Committee on the Peaceful Uses of Outer Space in October 2015.