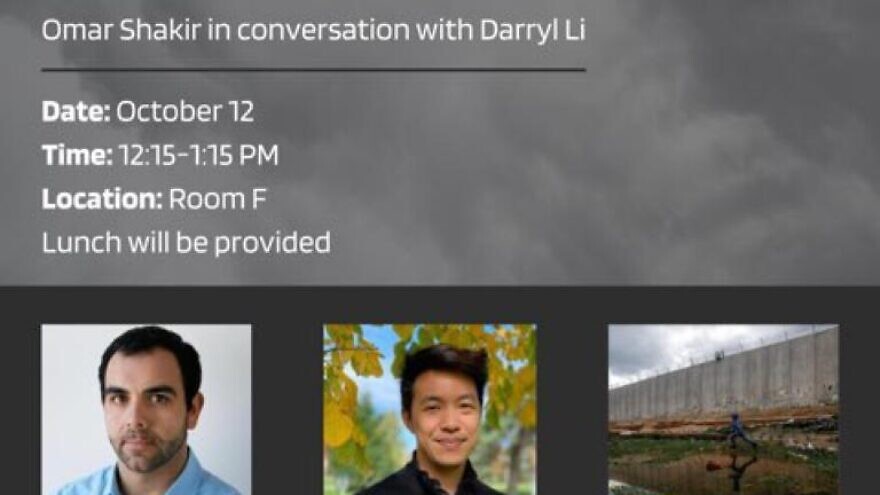 (October 16, 2022 / JNS) While under investigation in 20 states for anti-Israel bias, Chicago-based investment firm Morningstar repeatedly pointed to an independent report purportedly absolving it of such behavior. But White & Case, the law firm that authored the report, was listed this week as a sponsor of a program at the University of Chicago’s Law School that featured a virulently anti-Israel activist and perpetuated the notion that Israel practices apartheid.

A flyer for the program held on Oct. 12, entitled “Apartheid: International Law in the Israel-Palestine Conflict,” revealed White & Case’s involvement. The event was initiated by Omar Shakir, Israel and Palestine Director at Human Rights Watch (HRW), in order to present his organization’s 2021 report declaring Israel an apartheid state. HRW has long been accused, including by the organization’s founder, of placing a disproportionate focus on and harboring institutional animus towards Israel. 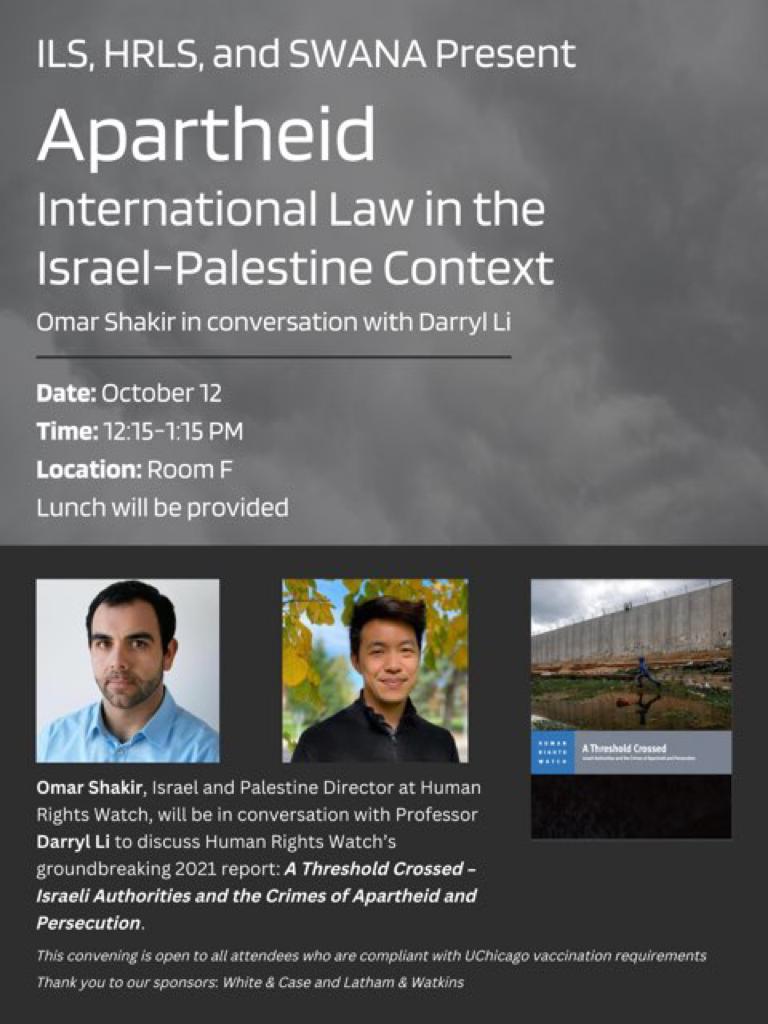 According to a source familiar with the event, which was open to members of the university community, attendees were presented with reasons why Israel should  be charged by international bodies with the crime of apartheid. Israel’s Law of Return was equated with affirmative action for Jews and a lack of the same privilege for Palestinians was presented as akin to America’s treatment of white immigrants as opposed to black slaves. The program was presented by the school’s International Law Society, Human Rights Law Society and Southwest Asian and North African Law Students Association.

In response to a query from JNS, a White & Case spokesperson initially claimed that “the advertisement is incorrect. White & Case did not sponsor this event in any way.”

When asked whether White & Case had any involvement with the groups hosting the event, the spokesperson changed course, conceding that White & Case indeed sponsored the program but was listed without explicit permission.

“Our firm does provide support to International Law Societies, not just at the University of Chicago Law School, but at many other law schools across the country. We are not involved in or consulted on any of the programming decisions these student organizations make,” the White & Case spokesperson wrote to JNS. “Had we known in advance of this event, we would have insisted that our firm not be associated with it in any way. We have conveyed this position to the ILS.”

Morningstar and its subsidiary Sustainalytics were called before the Illinois Investment Policy Board last year for potential violations of Illinois laws prohibiting boycotts of Israel. Sustainalytics, which produces environmental, social and governance (ESG) risk ratings for socially-conscious investors, has been charged by critics with utilizing and giving disproportionate weight to anti-Israel sources, including HRW, when formulating its ratings. This, they argue, artificially elevates the risk rating for any company doing business in or with Israel, including in Israeli-controlled disputed territory in Judea and Samaria.

Morningstar is now under investigation by attorneys general in at least 19 other states for its practices, including those viewed as promoting a boycott of Israel.

In response to the Illinois Investment Policy Board’s action, Morningstar highlighted a 117-page report compiled by White & Case. The report proposed some 40 recommendations to curb any potential anti-Israel bias at Sustainalytics, but found no evidence that Sustainalytics’ products “recommend or encourage divestment” from Israel. The law firm’s investigation also found no “pervasive or systemic bias” in the company’s products, with the exception of Human Rights Radar, produced by an outside vendor. Morningstar subsequently stopped using the vendor in question.

Morningstar pledged to adopt all of White & Case’s recommendations in full. Based in large part on this, the Illinois Investment Policy Board voted not to divest from Morningstar, though the specifics of that vote remain in dispute.

As a whole, White & Case is recognized as having advised investors on a broad range of significant transactions regarding Israeli industries. Accordingly, its sponsorship of an anti-Israel event is likely to raise red flags among state investigators.

JNS has learned that Morningstar specifically pointed to the White & Case report in a recent response to the Arizona State Treasurer’s Office, which told Morningstar it was found to be in violation of the state’s anti-BDS law and needed to prove otherwise or be placed on the Office’s list of prohibited investments. A representative of the State Treasurer’s Office told JNS a final determination on the matter would be made “very soon.”