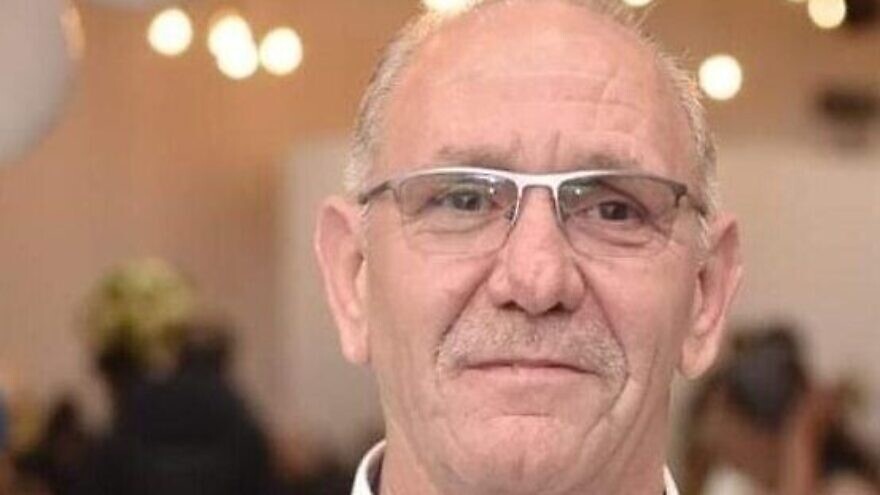 (November 8, 2022 / JNS) An Israeli man wounded in a terror attack on Oct. 25 died on Tuesday, according to Israeli media reports.

The man, Shalom Sofer, 55, lived in Kedumim in Samaria. He was stabbed as he exited a store in the adjacent Palestinian town of al-Funduq.

Sofer had been released to his home. His son, Lidor, told Channel 11: “He was released from the hospital and had been at home for a week. Suddenly, in one moment, one of his wounds opened and he lost quantities of blood in an instant.”

Sofer’s wife, Rachel, told the news outlet: “We were here at home together yesterday evening. Everything was fine, then he said he didn’t feel well and I saw a lot of blood. The treatment we received at the hospital, in my opinion, was not adequate treatment. He was discharged too early, to my dismay.”

Politicians and public figures expressed their condolences. Prime Minister Yair Lapid said, “On behalf of the government of Israel and the citizens of Israel, I would like to send my condolences to his family and friends. The despicable terrorist was caught that same day, and the IDF and the security forces continue the fight against terrorism day and night. May his memory be a blessing.”

Sofer had been shopping in al-Funduq when he was attacked. He managed to get to his car and drive to a nearby intersection, where he was treated by medics before being evacuated to the Sheba Medical Center near Tel Aviv in moderate to serious condition.

The terrorist, who escaped the scene, was later arrested by Israeli security forces shortly after the attack.