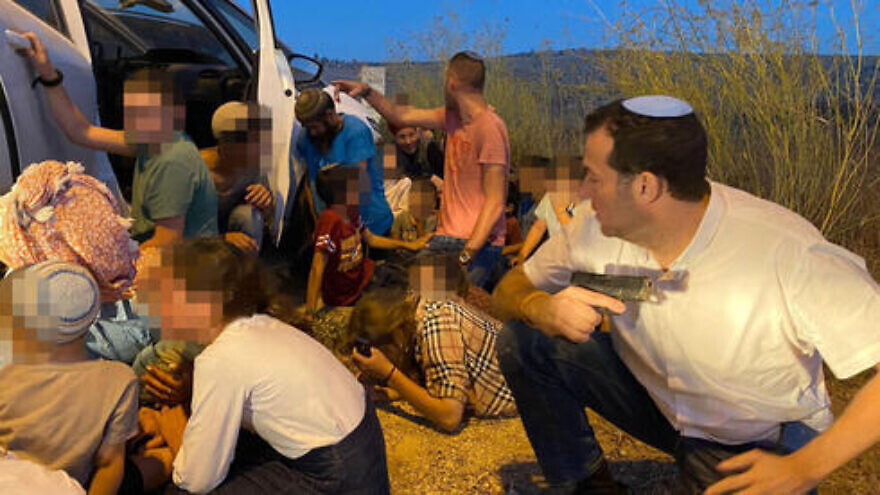 The soldiers fired back and then began a hunt for the terrorists.

One soldier was lightly wounded in the leg, between the Itamar community and the Samaria Brigade’s headquarters, and airlifted to a hospital. The soldier’s family has been notified.

The civilians had assembled outside the Palestinian Authority-administered city to demand that the government take harsher action against terrorists in Samaria, who have been increasingly active of late. The terrorists attacked just as the protest was coming to an end and people were leaving the area.

Earlier on Sunday, an Israeli civilian was wounded near Itamar, also near Nablus. An assailant or assailants opened fire at vehicles traveling in the area, hitting a bus and a car and lightly wounding the driver of the latter, the Israel Defense Forces said.