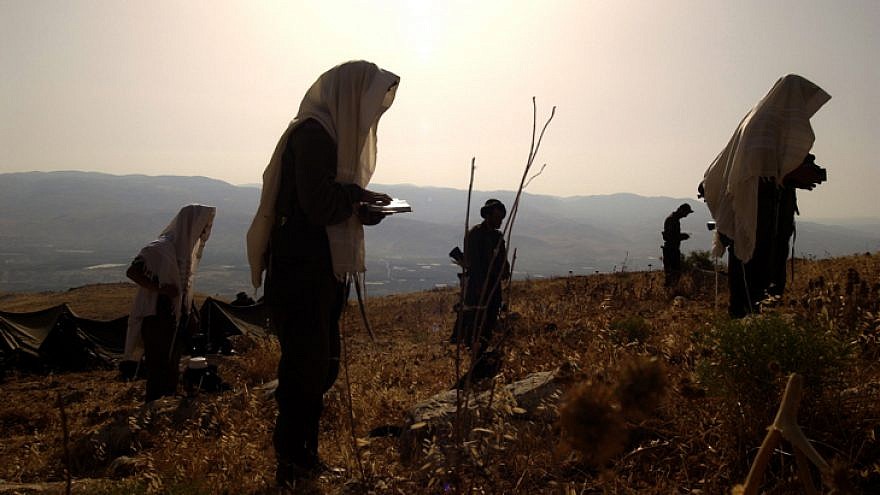 (April 6, 2020 / JNS) Soldiers in the Israel Defense Forces are comforting Jews in mourning the world over, both inside and outside of Israel, by saying the obligatory and commemorative Kaddish prayer on their behalf for recently deceased family members. The soldiers, all of whom serve in the Netzach Yehuda unit, have taken this initiative in light of the coronavirus pandemic.

Each of the soldiers are receiving specific names of those who have recently passed away and will be saying the Kaddish prayer in their merit and in perhaps the last remaining minyan (formal prayer quorum of 10 Jewish men) currently taking place in the entire world.

For the duration of the coronavirus outbreak, Israeli soldiers are staying at their respective bases of service without leave for over 30 days at a time. The soldiers, currently stationed at the Netzach Yehuda base, have been permitted to hold formal prayer quorums since they have spent more than two weeks together completely isolated from anyone outside the base.

Unfortunately, just about everyone else in the world cannot have this privilege in light of regulations put into place by governments that significantly restrict the size of gatherings. The Nahal Haredi organization, which supports soldiers in the Netzach Yehuda unit, invites those around the world experiencing enormous pain over the loss of their loved ones to share their names so that the soldiers will say the Kaddish on their behalf.

Many around the world have already been inspired and comforted by the initiative. Rabbi Shmuel Schwartz, the father of a paratrooper, said, “Over the last few weeks, I have been lost because I cannot say Kaddish for my mother.”

“Then my soul was immediately revitalized when my son offered to say Kaddish for my mother in his unit,” he continued. “I felt so relieved and at comfort that my mother could be properly honored during my time of mourning.”