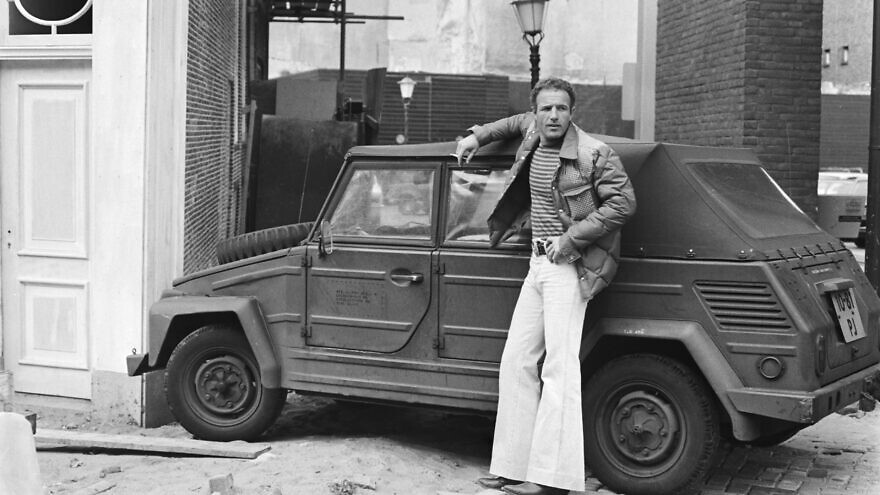 Actor James Caan in 1976 during the filming of “A Bridge Too Far,” on April 27, 1976. Credit: Hans Peters/Anefo via Wikimedia Commons.
Republish this article
1015 WORDS
Spread the word.
Help JNS grow!
Share now:

James Caan, the Jewish actor who played the iconic role in “The Godfather,” lived much longer than that, though was also known to have a feisty character and temper of sorts.

Caan died on July 6 at the age of 82. Throughout his career, he was nominated for several awards, including four Golden Globes, an Emmy and an Oscar, receiving his star on the Hollywood Walk of Fame in 1978.

His bio lists dozens of movies and television shows to his credit—beginning with a bit part in Billy Wilder’s highly regarded “Irma la Deuce” in 1963—with his first TV appearance in an episode of “Naked City” in the early 1960s.

But it was Sonny that put him on the permanent cinematic map. 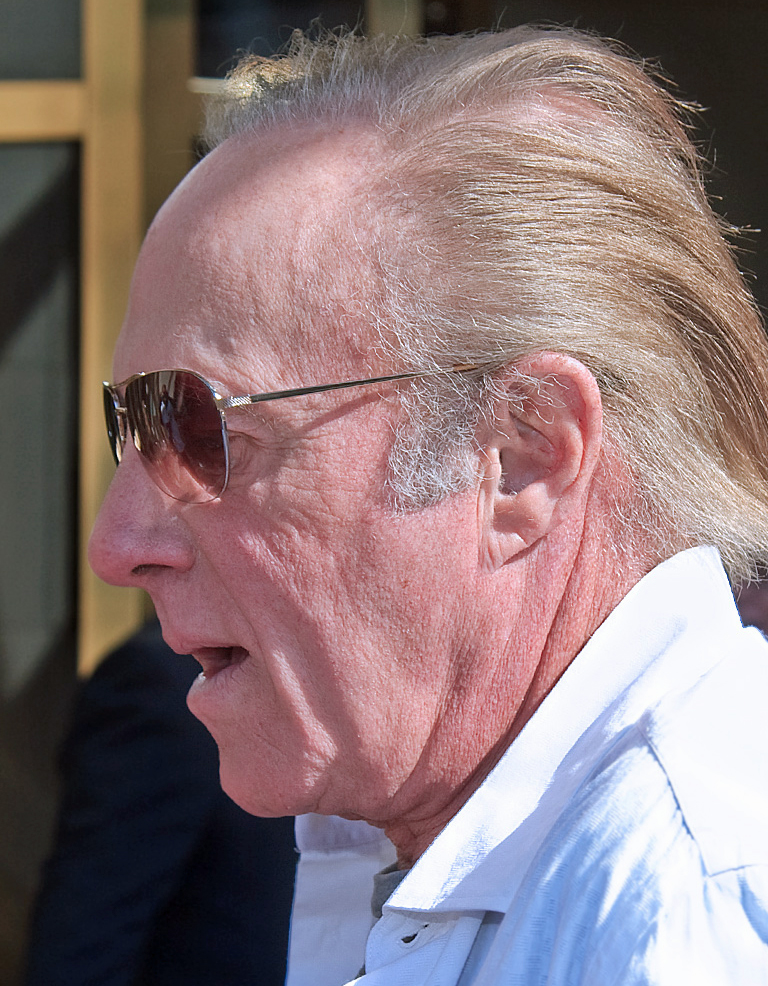 While a number of mafia movies were said to have failed because Jewish actors were selected to play Italians, Caan won the highly coveted role in the 1972 crime flick as the son of Don Corleone (Marlon Brando), the older brother of Frederico “Fredo” Corleone (played by John Cazale) and Michael Corleone (played by Al Pacino).

In one memorable scene after he finds out that his brother-in-law Carlo has beaten his sister, Connie (played by Talia Shire), he knocks the living daylights out of him in public and in broad daylight, biting his fingers for good measure. He was nominated for an Oscar for Best Supporting Actor for the role.

In an interview with Larry King, the actor said Brando was hilarious.

Caan grew up in Queens, N.Y., where his family was in the meat business—the regular one. He once told television host Charlie Rose that the story that they were in the kosher-meat business wasn’t true.

When it came to “The Godfather,” he said for the “price of four corned-beef sandwiches,” they had the cast, but then the studio spent more than $400,000 testing almost every actor imaginable because that’s what it wanted.

He told Rose that he started to behave like Don Rickles, busting everyone’s chops, and it wound up making his character great. In one scene, he improvised and gave an extra who was supposed to be taking pictures of license plates of members of the mob a hard time.

“I grabbed this guy, I took his camera, and I smashed it on the ground,” he told Rose. “I pulled him up against the car. … It wasn’t written.”

‘Big difference between wanting to work and having to work’

In the film “Brian’s Song,” Caan played Brian Piccolo, across from Billy Dee Williams’ Gale Sayers—two men trying to be the running back for the Chicago Bears. They are ordered to bunk together, and he tells Sayers that there may be some pressure when everyone finds out that a black player and white player are roommates. Sayers would become the 1965 rookie of the year for the Bears. Piccolo would die in 1970 of cancer at the age of 26, after playing four seasons for the Bears.

On set, the two actors quickly become friends. Caan and Dee Williams had great chemistry in the TV movie of the week, and Caan received an Emmy nomination for “Outstanding Single Performance by an Actor in a Leading Role.”

Caan turned down roles in “Apocalypse Now” and “One Flew Over the Cuckoo’s Nest.”

In fact, he quit acting for a while, preferring to coach youth soccer and baseball. He also taught a masterclass at the Hebrew University of Jerusalem.

“There’s a big difference between wanting to work and having to work,” he said. “I think I finally looked at my birth certificate and said: ‘Stop all these non-Jewish activities.’ ”

One of them he was referring to was the rodeo business. He was a tie-down and team roper associated with the Professional Rodeo Cowboys Association.

Caan came back strong in the 1990 thriller “Misery,” based on the Stephen King book and directed by Rob Reiner, as novelist Paul Sheldon, who accidentally crashes his car in the middle of nowhere. His “No. 1 fan,” Annie Wilkes (played by Kathy Bates) nurses him back to health, only to temporarily cripple him and keep him home with her, demanding that he write a new book as she wants it. Or she’ll kill him. 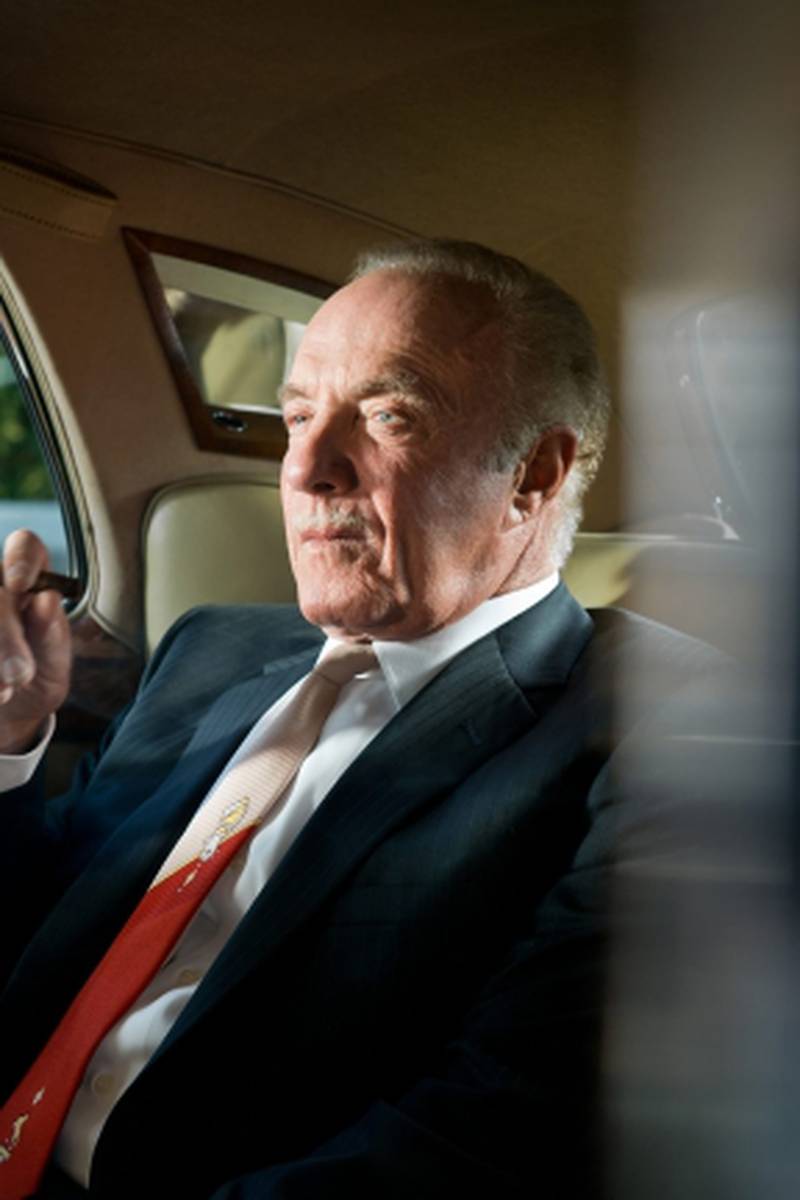 Younger audiences will also point to a classic performance as Walter Hobbs in the 2003 holiday classic “Elf,” alongside Will Ferrell.

In the 2013 show “Magic City,” an American drama television series created for the Starz network, Caan played a Jewish tough guy named Sy Berman, who meets with a rabbi in a synagogue. He threatens to kill a Jewish hotel owner until the man shows him evidence that can put him in jail. Berman later leaves Friday-night services in the synagogue and survives, getting shot in the leg, only to turn the ignition of his car and explode as it was rigged by an enemy.

In an interview with Ynet news, Caan was asked upon his visit to Israel if anyone told him not to go, a reference to the BDS movement against the Jewish state.

“They would have gotten punched in the face,” Caan told Ynet. “No, I don’t hang around with anti-Semites, if that’s what you mean, and I don’t know any. And if I did, I’d punch them in the face.”

During his life, Caan was admittedly involved in the drug scene and spoke candidly about overcoming bouts with drugs. He married four times and is survived by his children: Scott, James, Jacob, Alexander and Tara.

Caan will be remembered for his fine acting and charisma. Barbara Streisand tweeted a picture of herself with the actor offering condolences and saying the actor was “so talented.”

Longtime director Reiner also tweeted: “So sorry to hear the news. I loved working with him. And he was the only Jew I knew who could calf rope with the best of them. Love to the family.”