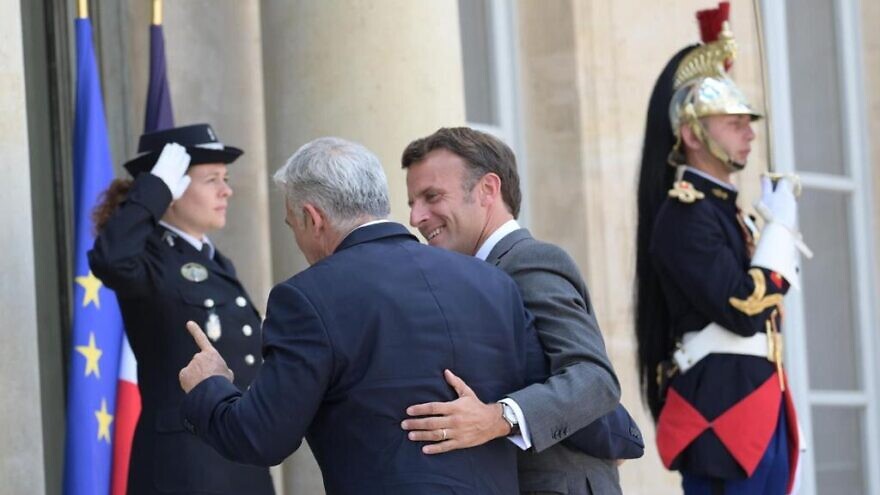 The two leaders spoke at the Élysée Palace in Paris during Lapid’s first trip overseas as Israel’s premier.

“Mr. President, back in 2018, you were the first world leader to talk about the need for a new [nuclear] deal with Iran,” said Lapid, according to a statement from his office. “A deal that is more efficient and better defined, a deal with no expiration date, a deal with coordinated international pressure that would prevent Iran from becoming a nuclear threshold state. You were right then, and you are even more right today.”

The current situation, Lapid told Macron, cannot continue, as “it will lead to a nuclear arms race in the Middle East, which would threaten world peace. We must all work together to stop that from happening.”

France, he noted, was not only a leading European country but also one of the so-called E3 (France, Germany and the United Kingdom) leading negotiations with Iran towards a new nuclear accord.

While Israel and France might disagree on what the content of such an agreement must be, said Lapid, “we do not disagree on the facts.” And the facts, he said, “are that Iran is violating the agreement and continues to develop its nuclear program.”

The Islamic Republic is hiding information, enriching uranium beyond the level allowed under the 2015 Joint Comprehensive Plan of Action (JCPOA) nuclear deal and it has removed IAEA cameras from its nuclear sites, he was reported as saying. “Given all this, the world must respond.”

The Israeli premier told reporters after his meeting with Macron that while the Palestinian issue had come up, “it wasn’t the major part of the discussion,‚ which focused on Iran and Hezbollah, according to Reuters.

While France’s questions on the matter were “totally legitimate,” he said, the French government had a “full understanding” of the limitations of his interim government.

“The government makeup remains what it is and the limitations remain what they are,” he said, according to the report.

While refusing to entirely rule out a meeting with Palestinian Authority leader Mahmoud Abbas, he said such a meeting was unlikely to occur before Israel’s Nov. 1 general elections.

“I don’t hold meetings for the sake of holding meetings. They should have positive prospective outcomes for Israel. That is not the situation right now,” he said, according to Reuters. 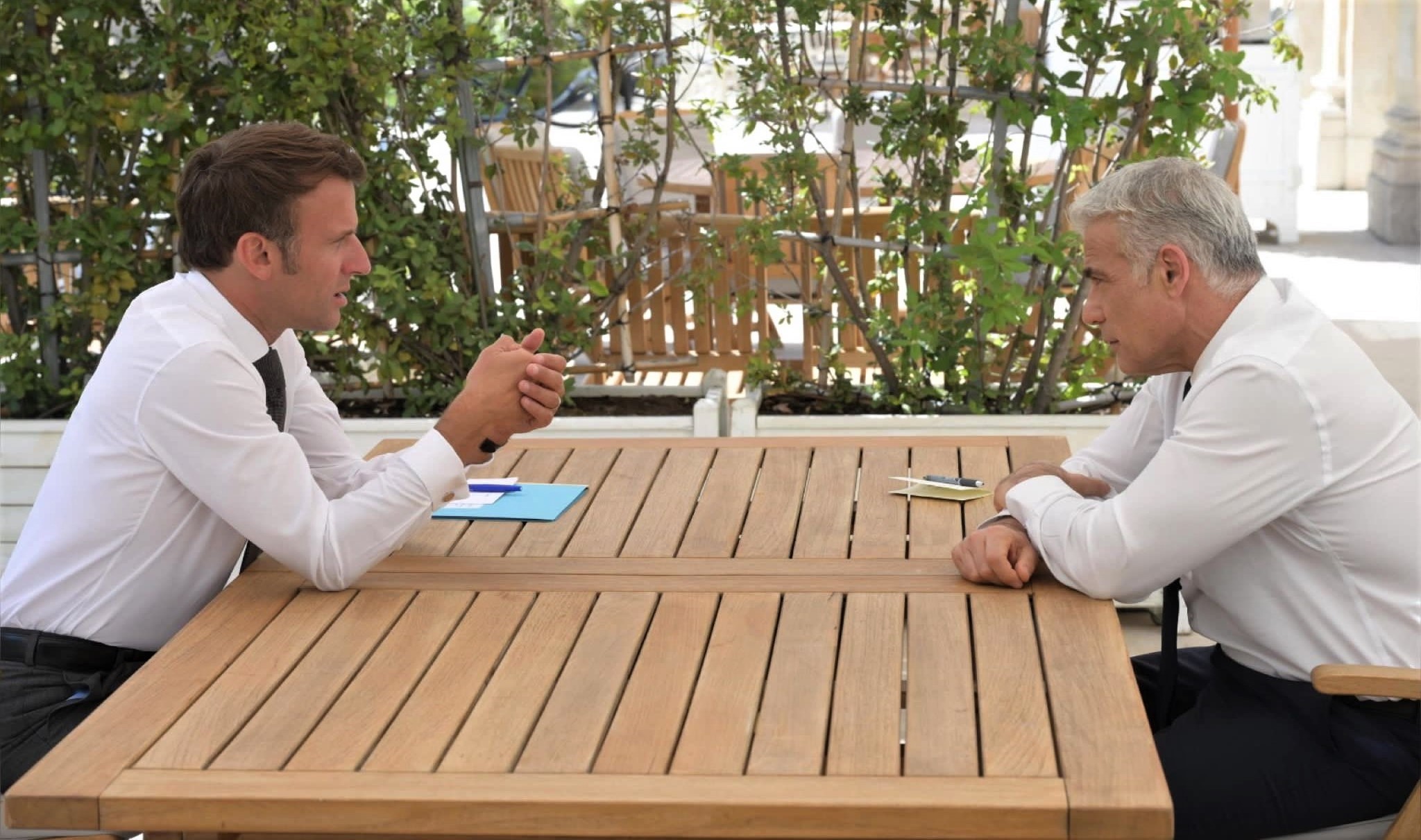 ‘Harms the national interests of Lebanon’

In other news, Lapid thanked Macron for his warm welcome to France and expressed his gratitude for the French leader’s “firm stance” against anti-Semitism. “France has taught the world that liberté and égalité cannot exist without fraternité,” said Lapid, according to the statement from his office.

“This past year, with the war in Ukraine and the terrorism from Iran, we are reminded that not only does democracy protect us, but we must also protect democracy. Sometimes there is no choice but to use the force of war to protect peace,” Lapid told Macron.

Wherever terrorism is found, he stated, Iran is never far away.

“Just recently, the Turkish government exposed Iranian cells that planned to murder innocent Israeli tourists in Istanbul,” he said. “A few days ago, Iranian-made UAVs tried to attack an Israeli gas rig near the Lebanese coast.”

The unmanned aerial vehicles, he continued, had been launched by Hezbollah, which Lapid emphasized is “a terrorist organization that threatens Lebanon’s stability, violates its sovereignty, pushes it towards a dangerous escalation with Israel and harms the national interests of Lebanon—a country I know is dear to your heart.”

The Lebanese Shi’ite terror group, said Lapid, has in excess of 120,000 rockets mainly situated in Southern Lebanon, all aimed at Israel.

He also cautioned that Israeli “will not sit back and do nothing, given these repeated attacks.”