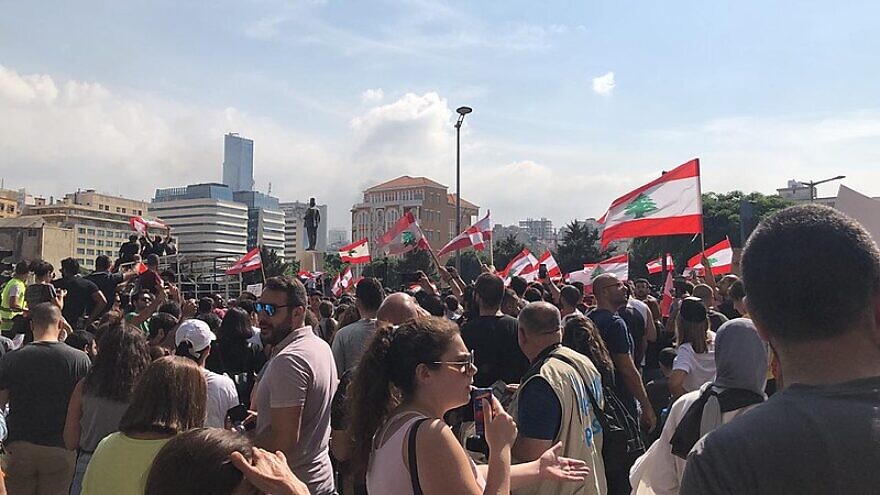 (December 15, 2019 / JNS) Protesters in northern Lebanon set fire to the offices of two of the country’s major political parties on Sunday, the AP reported.

The attack, which was originally reported by Lebanese state-run media, came hours after Beirut witnessed one of the most violent government crackdowns since the protests in the country began two months ago.

Lebanese security forces fired rubber bullets, tear gas and water cannons at protesters in the capital overnight Saturday, wounding more than 130 people, according to the Red Cross and the Lebanese Civil Defense, the report said.

Lebanese Interior Minister Raya al-Hassan on Sunday called for an investigation and blamed “infiltrators” for causing the violence.