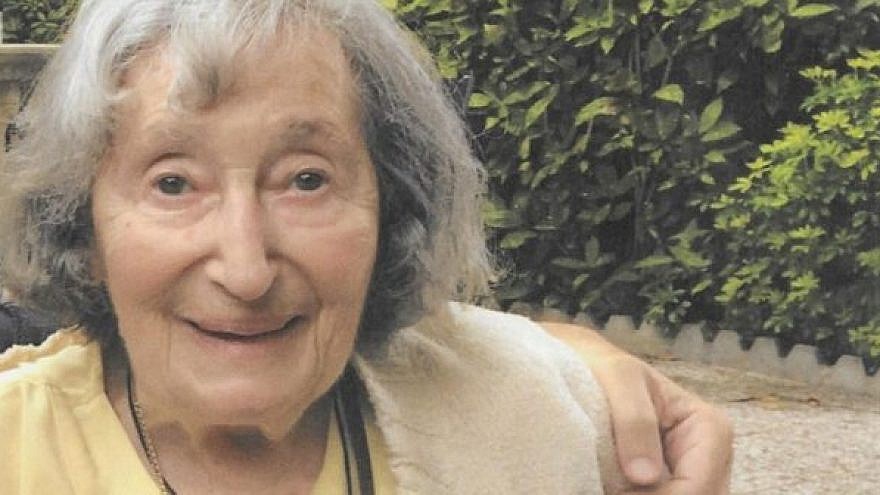 Mireille Knoll, the 85-year-old Jewish woman brutally murdered in her apartment, was a Holocaust survivor. She had managed to evade as a child the 1942 Vel d’Hiv Nazi-directed roundup by French police of more than 13,000 Jews who were sent to Nazi death camps.
Spread the word.
Help JNS grow!
Share now:

(November 11, 2021 / Jewish Journal) A French court on Wednesday sentenced Yacine Mihoub to life in prison, with no possibility of parole for 22 years, for the 2018 murder of Holocaust survivor Mireille Knoll. A second man, Alexander Carrimbacus, was sentenced to 15 years in prison for theft with anti-Semitic intent.

In its ruling, the court said that the murder-robbery had been fueled by “a broader context of anti-Semitism,” which had led Mihoub to believe Knoll, as a Jew, had “hidden treasures” in her home, according to France24.

Knoll, 85, was stabbed 11 times, and Mihoub, her neighbor, is alleged to have shouted Allahu Akbar (“God is great”) while killing her.

“Mireille Knoll survived the Holocaust only to die as the victim of violent antisemitism,” tweeted Anti-Defamation League CEO Jonathan Greenblatt. “My thoughts are with her loved ones as the trial comes to an end and the perpetrator is sentenced to life in prison. May her memory forever be a blessing.”

The American Jewish Committee tweeted: “Nothing can bring her back, but at the very least justice has been served. Our thoughts are with her family today.”

Dr. Shimon Samuels, director for International Relations at the Simon Wiesenthal Center, said in a statement, “There should be no reduction of sentences for such a heinous crime. We expect that – taking into account the antisemitic circumstances—this will represent a new step for French jurisprudence. The police and judges now have access to the [International Holocaust Remembrance Alliance] Definition and hate-crime legislation.”