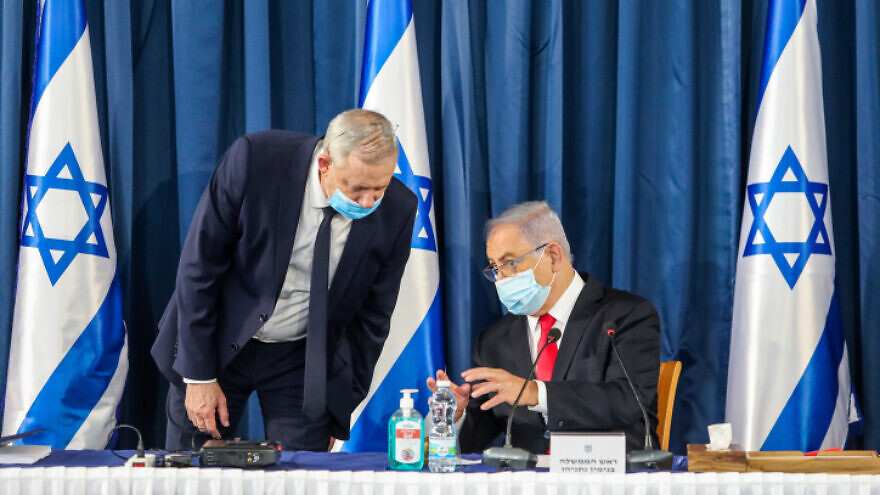 (July 23, 2020 / JNS) Israeli Prime Minister Benjamin Netanyahu directed the Finance Ministry, together with the National Security Council and defense officials, to locate budgetary sources for a NIS 3.3 billion ($960 million) supplement to the defense budget to finance ongoing activities of the Israel Defense Forces, “which will suffer no delay.”

During a Wednesday meeting of senior officials to discuss the defense budget, Netanyahu emphasized the importance of allowing the defense establishment to maintain stability in the face of the many security challenges facing the country, according to a statement by his office. At the meeting were Defense Minister Benny Gantz, Finance Minister Israel Katz, IDF Chief of Staff Lt.-Gen. Aviv Kochavi, National Security Council head Meir Ben-Shabbat, the ministries’ director generals and additional officials.

Among those challenges is the Lebanese Shi’ite terrorist group Hezbollah, an Iranian proxy.

There has been an increase in activity and tensions on Israel’s northern border in recent days, with Hezbollah threatening to retaliate for an alleged Israeli airstrike near Damascus International Airport on Monday in which one of its fighters, named as Ali Kamel Mohsen Jawad, was killed. Four other foreign fighters were also reportedly killed in the strike.

In response, the IDF announced on Thursday that it was bolstering the northern border with infantry forces.

“In accordance with a recently conducted situational assessment, we have decided to reinforce the Northern Command with select infantry forces,” the IDF spokesperson’s unit said in a statement.