(November 26, 2021 / JNS) There is a lot you miss when you are cut off from your people for 2,700 years. Just ask the Bnei Menashe (“Sons of Menasseh”) of Northeast India. The community of roughly 11,000 people claims descent from one of the lost tribes of Israel sent into exile by the Assyrian Empire in 722 BCE. They eventually settled in the Northeastern Indian states of Mizoram and Manipur on the border of Bangladesh where, for centuries, they practiced the biblical form of Judaism they brought with them. 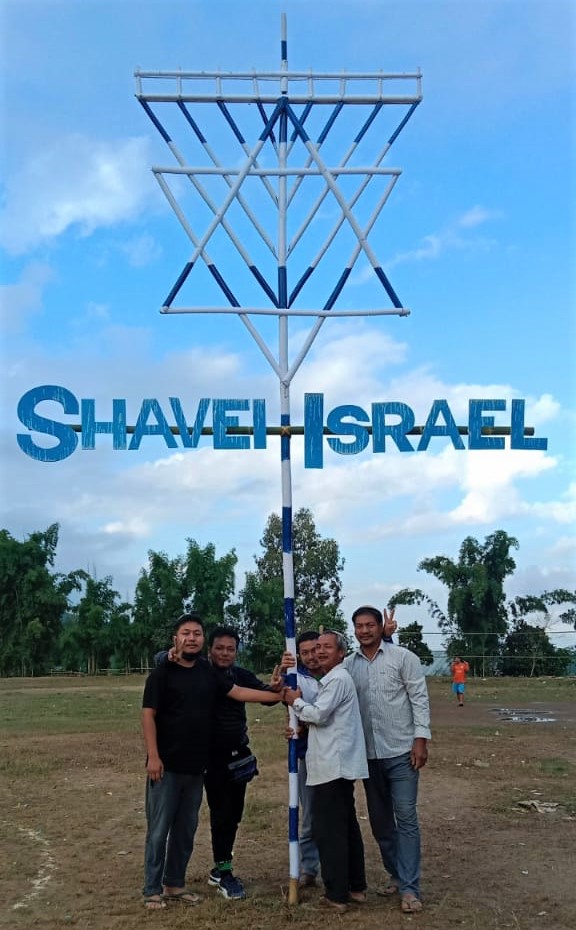 As time progressed, Judaism did as well. Jews around the globe adopted laws and practices introduced by a rabbinic tradition that the Bnei Menashe, cut off from world Jewry, were never exposed to. One of the most recognizable of these is the holiday of Hanukkah, the “Festival of Lights,” beginning this year on Sunday, Nov. 28. According to a Jewish People Policy Institute study in 2018, roughly three-quarters of Israeli Jews light Hanukkah candles every night of the eight-day holiday. Almost two-thirds of American Jews do the same. For the Bnei Menashe of India, that number was zero until the 1970s. They didn’t know Hanukkah existed.

It was the Indian Jewish community of Bombay, comprised of Jews from other communities, that made contact with the Bnei Menashe in 1976 and introduced the holiday to them. “I remember when Hanukkah was first celebrated in Manipur and Mizoram,” says Gideon Rei, 80. “We could all feel the sense of illumination that it brought into our lives. Embracing the holiday helped us to feel that we had reconnected with the Jewish people.”

Hanukkah commemorates the victory of the Judean Maccabees over the religious oppression of the ancient Greeks around 165 BCE. The holiday’s message of Jewish resistance to assimilation resonated immediately with the Bnei Menashe. They themselves had inexplicably maintained their Jewish identity through the centuries as a tiny minority in the Diaspora.

But the Hanukkah story bore out in the Land of Israel, not Northeastern India, and the Bnei Menashe dreamt of the day they would celebrate in their homeland. That dream would begin to be realized in 2004 when an organization called Shavei Israel (“Those Who Return to Israel”) was founded, in part to assist the Bnei Menashe immigration to and absorption in Israel. With the help of the Jewish Agency for Israel, they have brought 4,000 members of the community to Israel so far—262 just last month.

One of these new immigrants is Hanan Singsit, who arrived in October with his wife, Odeliah, and their two children. They are getting ready to celebrate with the rest of the country. “This Hanukkah will be very special,” he explains, “because we will celebrate it where the Maccabees prevailed. Their victory is now our victory, too.”

Back in India, thousands more Bnei Menashe dream of returning to Israel and celebrating Hanukkah there. “It is going to happen,” predicts Michael Freund, founder and director of Shavei Israel. “Our Minister of Absorption, Pnina Tamano-Shata, our first Ethiopian-born Israeli Minister, has a special understanding of the shared history and destiny of the Jewish people, no matter their race or ethnic background. She has been a champion of this immigration.”

While they wait, the Bnei Menashe are making the festival into a public spectacle on the streets of Mizoram and Manipur. This year, for the first time ever, they are erecting 10-foot-tall bamboo menorahs and inviting the entire community to join in public candle-lighting ceremonies.

Hanukkah is perhaps best known as a holiday of miracles. “It is a miracle, when you think about it, that thousands of Bnei Menashe will celebrate [the holiday] this year as Israeli citizens, and thousands more will do so in Northeastern India,” says Freund. “It only took a couple of millennia, but one of our lost tribes is no longer lost. Some miracles take a bit longer than others.”

Rebecca Sugar is a freelance writer and philanthropic consultant in New York.