(December 13, 2021 / Jerusalem Center for Public Affairs) While the Hamas movement was holding huge celebrations in the Gaza Strip on Dec. 10 to mark the 34th anniversary of its founding, a large explosion erupted in the movement’s weapons and ammunition depot under the Hamas-affiliated Obei al-Kaab Mosque in the Burj al-Shamali refugee camp in the city of Tyre, Lebanon.

Following the explosion, there were conflicting reports of casualties. Lebanese sources reported 12 injuries, but the director-general of al-Shifa, the Medical Association for Humanitarian Services, told Lebanese media that there were no fatalities or injuries as a result of the explosion. He and Hamas officials claimed the blast was caused by oxygen tanks used to treat COVID-19 patients. Local residents did not believe them.

Eventually, Hamas published an obituary notice for a Hamas “martyr” Hamza Shaheen, who died in the explosion. During his funeral, a gun battle broke out in the Burj Shamali refugee camp, killing four. Hamas alleged that the shootout was instigated by rival Palestinian organization Fatah.

The Saudi channel Al-Arabiya reported that Hamas had been storing rockets and bombs in the mosque’s basement. This is a common method used by Hamas and Hezbollah to conceal materiel. They have hidden munitions in mosques, schools and hospitals, using these civilian facilities as human shields to deter Israeli attacks.

Hamas’s ammunition depot in Tyre was part of the military infrastructure the organization has built in southern Lebanon in recent years, as a lesson learned from the rounds of fighting against Israel in the Gaza Strip. This new Hamas infrastructure was already operational during “Operation Guardians of the Walls” in May 2021, when Hamas operatives in Lebanon fired several rockets at northern Israel. 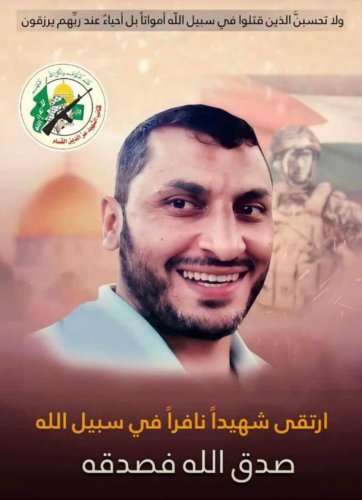 Shaheen’s obituary notice, posted by Hamas in Lebanon; according to his family, Shaheen was an engineer. Source: Twitter.

According to security sources, Israel has monitored Hamas’s covert activities in southern Lebanon in recent years, and even tried to attack it clandestinely. In January 2018, senior Hamas figure Muhammad Hamdan was standing next to his car in Sidon when it exploded. He suffered minor injuries. Lebanese security officials arrested several people alleged to be affiliated with Israel’s Mossad intelligence agency.

According to Lebanese officials, Hamdan was Hamas’s secret contact with Iran in the Sidon area and was preparing to build a Hamas infrastructure in southern Lebanon, in accordance with the instructions of Iran’s Islamic Revolutionary Guard Corps. 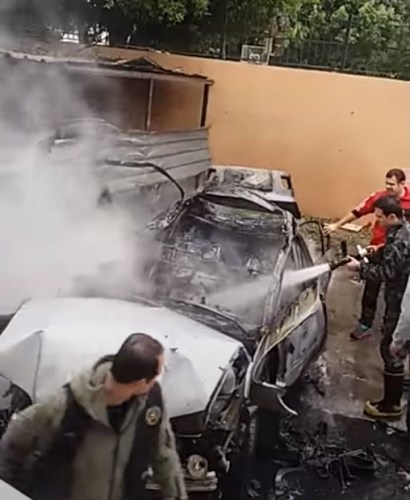 Israeli security officials report that Hamas’s military infrastructure in Lebanon was established by Saleh al-Arouri, deputy chairman of Hamas’ political bureau, who also serves as head of Hamas’ military-terrorist wing in the West Bank and as Hamas’s liaison to Hezbollah.

IDF Maj.-Gen. (res.) Eitan Dangut, the former Coordinator of Government Activities in the Territories, recently called on the Israeli security establishment to eliminate Saleh al-Arouri because of the danger he poses to Israel.

Hamas’ military infrastructure in Lebanon includes several hundred operatives in the Palestinian refugee camps and was established with the approval of Hezbollah and Iran, and with the blind eye of the Lebanese government.

Hamas’s working military theory is that Israel should be engaged on two simultaneous fronts in the event of a war on the Gaza border. This would prevent Hezbollah from being held responsible for attacking Israel from southern Lebanon.

Hezbollah does not currently seek a military confrontation with Israel and fears Israel would destroy Lebanon’s entire civilian infrastructure and “return it to the Stone Age,” as senior Israeli officials have warned. The Israeli security establishment assesses that at the moment, the goal of Hamas’s military infrastructure in Lebanon is mainly to harass Israel by firing rockets in a measured manner that will not lead to war in southern Lebanon.

The rocket fire from southern Lebanon towards Israel is carried out in coordination between Saleh al-Arouri and Yahya Sinwar, the Hamas leader in the Gaza Strip. During the May 2021 Gaza fighting, a joint military operations post was established in Beirut with the Islamic Revolutionary Guard Corps., Hezbollah and Hamas, according to reports of the editor-in-chief of the Lebanese daily Al-Akhbar. 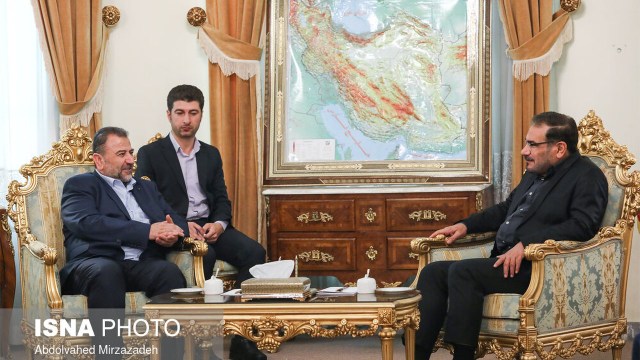 According to Israeli security sources, Iran is instructing Hamas operatives in southern Lebanon in the manufacture of rockets and drones. Hamas’s manufacturing system in Lebanon is part of the organization’s “construction department” and includes several workshops under the command of Majed Khader, who was based in Turkey and was transferred to Lebanon last year.

Hamas’s new military-terrorist wing in Lebanon operates under civilian cover and has several units: a unit responsible for recruiting new operatives, a unit for manufacturing weapons and purchasing rockets and a unit for training fighters. Workshops and rockets are hidden in civilian buildings in Lebanon, including in residential buildings and businesses. 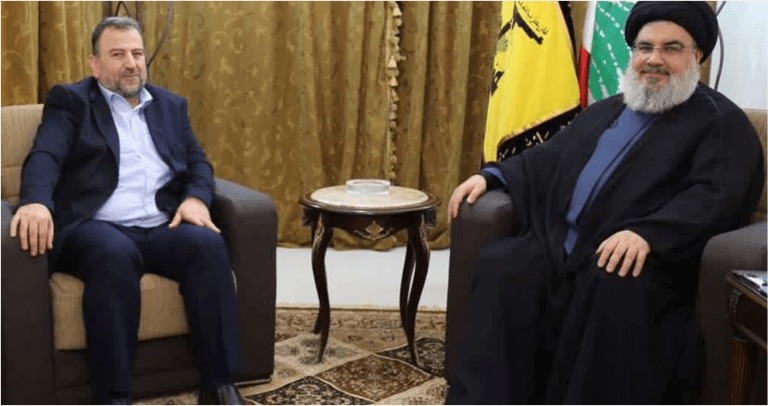 Israel must expose Hamas’s covert military activity in Lebanon and hold the Lebanese government responsible for any hostile action against Israel. The establishment of a new Hamas military wing in Lebanon in preparation for its operation against Israel symbolizes the strengthening of Hamas, which, because of its military capabilities, has become an important regional force that could destabilize several Arab countries.

It is essential that Israel destroy Hamas’s military capabilities in the Gaza Strip, but the organization is fast becoming a military monster threatening Israel not only from Gaza but also from Lebanon. Israel should neutralize the leaders of the organization’s military wing who are leading this dangerous trend, Saleh al-Arouri first among them.