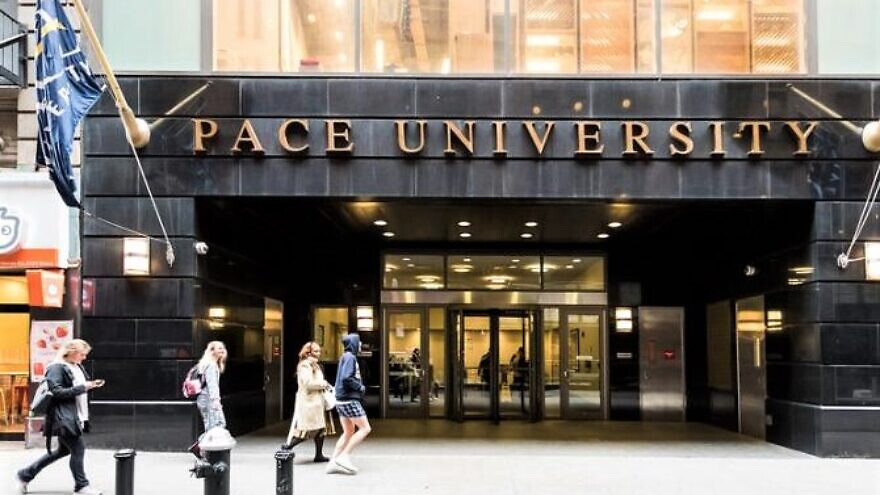 The resolution, obtained by JNS, was introduced by Eden Litvin, a student at the school and president of its chapter of Students Supporting Israel (SSI), and co-signed by SSI, the university’s Hillel and the Israeli-American Council Mishelanu campus network.

It states that the student government “was created as a forum for students to voice their opinions on issues presented” by the administration, faculty and student body. Moreover, Pace University “aims to create and sustain a living-learning community that embraces diversity in all its forms, challenges habits and assumptions underlying the structures of power, privilege and injustice, and works to ensure that we are inclusive, welcoming and empowering to all our members.”

The resolution goes on to say that “Jewish students constitute an important part of the broader Pace University community, yet remain distinguishable from the majority by common ethnic, religious and cultural characteristics,” and that the university’s Jewish community is “a distinct and significant cultural community within the university, which Pace University is charter-bound to support, protect and defend.​”

The resolution also mentions the spike in anti-Semitic incidents in recent years across the country, listing instances including, but not limited to, the 2018 Tree of Life*Or L’Simcha shooting in Pittsburgh, the 2019 Chabad of Poway shooting in Southern California, the 2019 shooting at a kosher supermarket in Jersey City, a Star of David drawn on a Pace University building in feces in 2019 and the recent string of attacks against Jews in Brooklyn, N.Y.

Additionally, it notes that Jews and Jewish institutions are the most targeted for religious-based hate crimes in the United States.

Out of 6,060 undergraduates, about 600 are Jewish, or 10 percent of the undergraduate population. There are 3,065 graduate students, though none are recorded as Jewish, according to Hillel International.