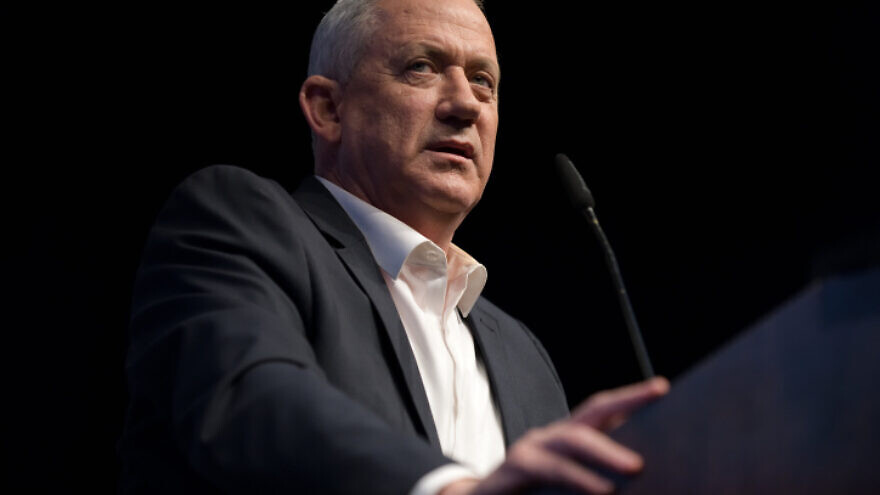 Israel’s Channel 13 reported on Saturday night that Gantz may be willing to accept the annexation of settlement blocs west of Israel’s security barrier as a part of a peace initiative in full coordination with the Defense Ministry, which he will lead under a unity agreement. Such efforts would begin only after the coronavirus threat has ended, according to the report.

Disagreements about annexation have been one of the central sticking points between the two parties during negotiations, with Gantz opposing Netanyahu’s plan to unilaterally annex all Jewish communities in Area C, as well as the Jordan Valley.

According to the report, Gantz is sticking to his opposition to annexing the Jordan Valley over worries that it could jeopardize the Israel-Jordan peace agreement.

The report comes after weeks of negotiations between Gantz and Netanyahu, who are trying to reach a unity deal following Israel’s third election cycle in one year.