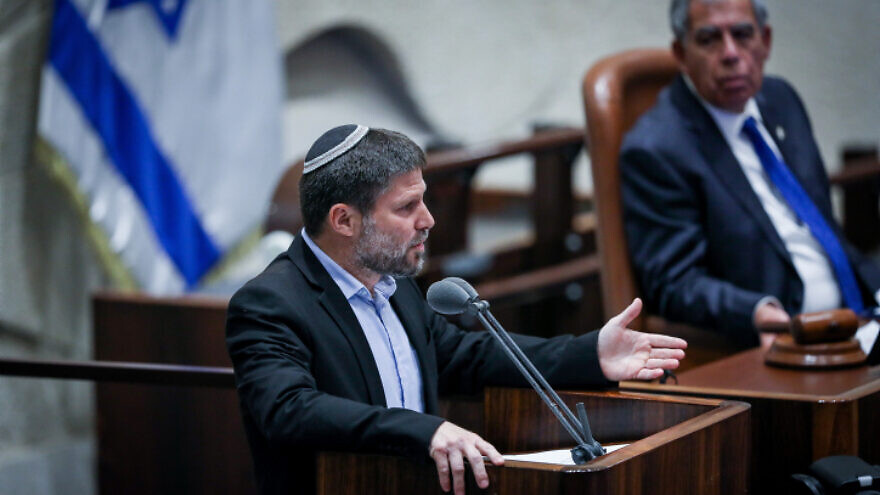 The faction said in a statement that while it has “a lot of respect and appreciation for our ally the United States, the Biden administration should also respect Israeli democracy and not interfere in the establishment of an elected government.”

Earlier, Nides told Jewish Insider, “I’m not going to speculate over who will be in the government or what our reaction will be when it happens, but what I do care about are those ministries that we have a very close, interlocking relationship with, in particular, the Defense Ministry.”

Smotrich has asked for either the Finance Ministry, which Shas leader Aryeh Deri has also requested, or the Defense Ministry, which Netanyahu has reportedly said he cannot have due to his lack of experience and the Biden administration’s objections.

The matter has led to an impasse in coalition negotiations, and on Wednesday, Netanyahu attempted to assuage concerns over the matter, asking his supporters for “a little patience.”

“With God’s help we’ll establish a right-wing government,” he said following a meeting in Jerusalem with Deri.

President Isaac Herzog on Sunday tasked Netanyahu with forming the next government. He is in the early stages of attempting to put together a coalition consisting of his Likud (32 seats in the legislature), Religious Zionist Party (14 seats), Shas (11 seats) and United Torah Judaism (seven seats).

The four factions won a combined 64 seats in the 120-member Knesset in the Nov. 1 national election.

According to the Basic Law: The Government, Netanyahu has four weeks, with the possibility of a 14-day extension, to assemble the support of at least 61 lawmakers to pass a vote of confidence in the parliament.