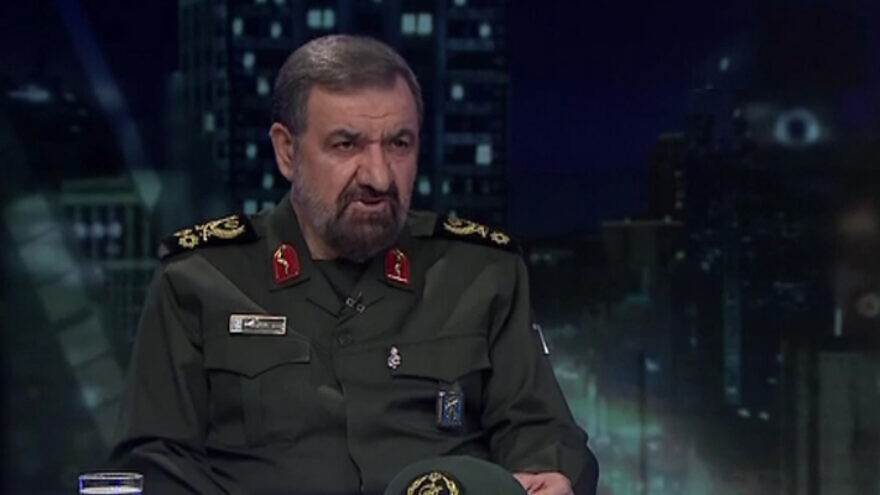 Tehran has been looking for a pretext to attack Tel Aviv because Israel had played a role in the “martyrdom” of Quds Force commander Gen. Qassem Soleimani, added the former Islamic Revolutionary Guard Corps (IRGC) commander-in-chief.

Rezaee’s remarks were made during an interview aired by Lebanon’s Mayadeen TV.

The former IRGC commander said that Tehran has precise information on American activity in the region, including on all U.S. bases and aircraft carriers.

Iran, he added, even monitors U.S. soldiers when they go to hotels in Kuwait or Bahrain, and knows such things as the food sources of U.S. troops in the region.

Iran had targeted the Ayn al-Assad military base in Iraq, which hosts U.S. forces, because it knew that it was very important to the Americans, said Rezaee.

He went on to state that the U.S. presence in the region is volatile, and the goal of the Trump Mideast peace plan was to give it a stable foothold in the region, to do away with the Palestinian cause, take over Gaza and disarm Hamas.

Predicting a significant weakening of the United States in the next decade, he added that once Saudi Arabia and the Gulf countries realize that America is no longer as strong as it was, there will be a revolution in Saudi Arabia, followed by revolutions in other Gulf countries.

The global collapse of the United States, he said, will begin in “West Asia.”