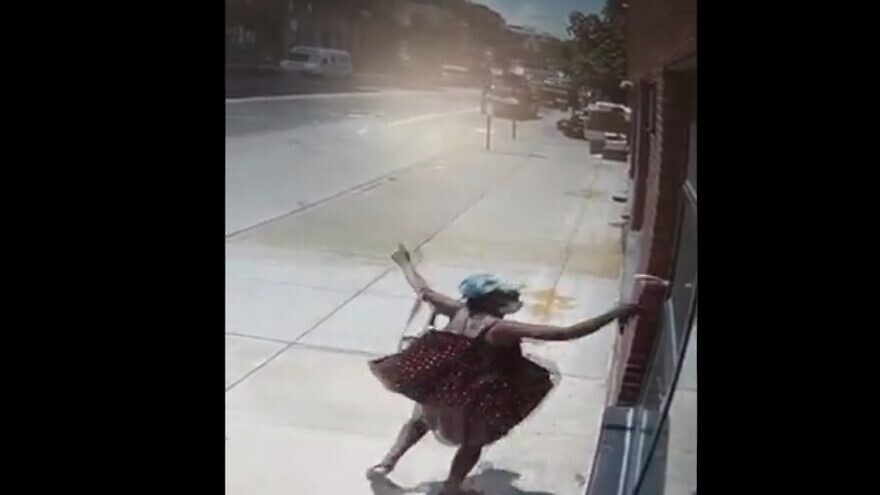 (July 23, 2021 / JNS) Surveillance camera footage in Brooklyn, N.Y., caught a suspect in the act as she used a hammer to break a glass window at a Jewish school building.

The video, shared by the Twitter account Williamsburg News on Tuesday, shows an African-American woman walking up to the windows of a Jewish school in broad daylight, taking out a hammer from her handbag and then smashing one before walking away.

New York Gov. Andrew Cuomo announced on Wednesday that he will direct the state’s Hate Crimes Task Force to help investigate the incident.

“This attempt to instill fear into the Jewish community will not be tolerated,” he said. “Hatred like this is abhorrent, disgusting and unacceptable.”

The vandalism took place mere days after a Jewish man was physically assaulted and robbed on his way to a synagogue in the Flatbush neighborhood of Brooklyn.