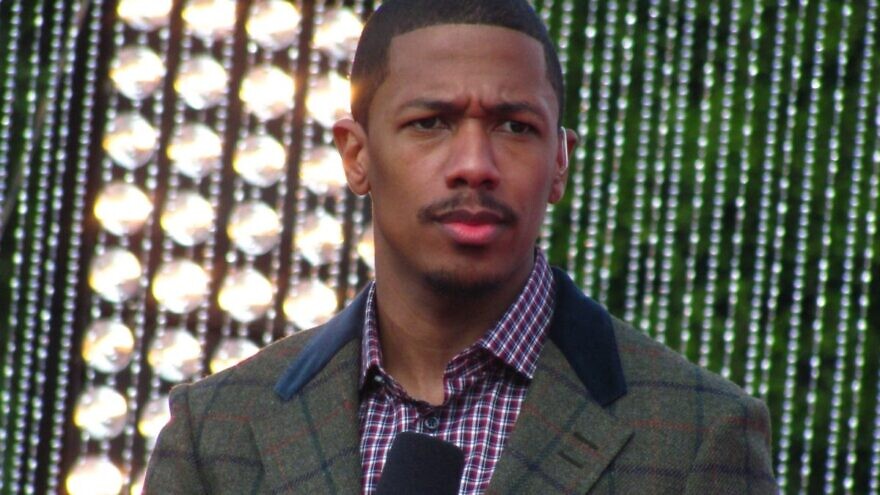 In the June 30 episode of his YouTube podcast, “Cannon’s Class,” the host of the Fox show “The Masked Singer” spoke with Richard Griffin, a member of the hip-hop group Public Enemy until the late 1980s.

Griffin was dismissed from the group after he told The Washington Times in 1989 that “the Jews are wicked. And we can prove this.” He added that Jews are responsible for “the majority of wickedness that goes on across the globe.”

Early in the podcast, Griffin—also known as “Professor Griff”—said that both Semitic people and languages “have absolutely nothing to do with any white people.”

Along those lines, Cannon, who previously hosted “America’s Got Talent” on NBC, agreed that “the Semitic people are black people.”

He also said that “it’s never hate speech; you can’t be anti-Semitic when we are the Semitic people. When we are the same people who they want to be. That’s our birthright,” adding that “we are the true Hebrews.”

He also talked about “giving too much power to the ‘they’—and then the ‘they’ turns into the Illuminati, the Zionists, the Rothschilds.”

Cannon referenced “going as deep as the Rothschilds, centralized banking, the 13 families, the bloodlines that control everything even outside of America.”

Regarding Farrakhan, the actor said that “every time I’ve heard him speak, it’s positive, it’s powerful, it’s uplifting … for whatever reason, he’s been demonized.”

In 2013, the Anti-Defamation League criticized Cannon for being in a video by the New Black Panther Party, which the ADL has said is “the nation’s largest anti-Semitic and racist black militant group.”