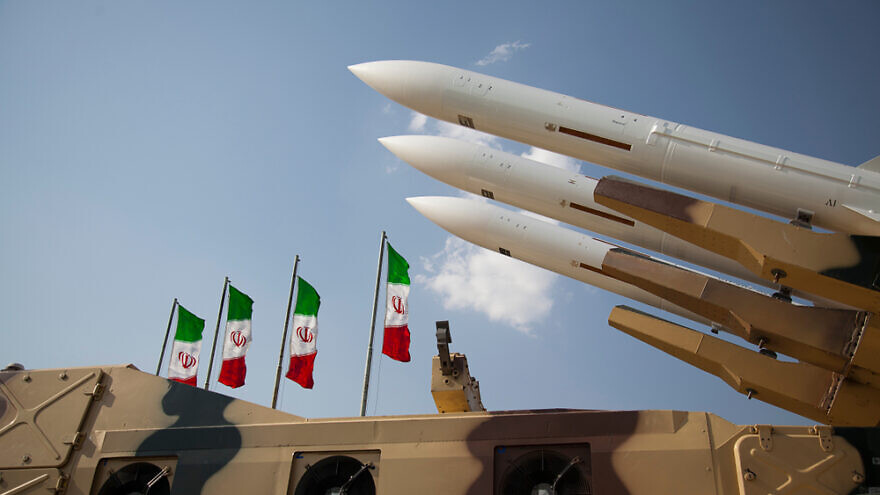 Ali Kamani and Mohammad Abdus, both described in the report as IRGC aerospace engineers, “were not killed in accidents as the Islamic Republic claimed,” according to the report.

Iranian media first announced that Kamani, a relatively junior officer, died in a “car accident in line of duty” in Khomein, in central Iran, while a few hours later, reports surfaced that a second IRGC officer died “in the line of duty” in the province of Semnan, where Iran’s space launch center is located.

The IRGC aerospace force is tasked with Iran’s missile development and space programs. The country has made considerable progress in developing long-range ballistic missiles that can strike almost anywhere in the Middle East, including Israel.

Iran’s Defense Ministry emphasized that both officers died as “martyrs,” but did not offer any specific details.

“The two died in separate incidents in two different areas, but the source did not provide further details about the circumstances of their deaths. What was clear from the information received is that the two officers did not die as a result of a car or workplace accident,” according to the report.

Meanwhile, the New York Times reported on Monday that Iran suspects that two scientists who died in hospital within days of each other, 400 miles apart, were poisoned by Israel.

According to the report, Ayoub Entezari was an aeronautical engineer who worked at a military research center, while Kamran Aghamolaei was described as a “geologist.” Israeli news outlets, as well as Persian news outlets outside of Iran, claimed the latter worked at Iran’s Natanz nuclear facility.

“Mr. Entezari had a doctorate in aeronautics and worked on projects related to missiles and airplane turbines for a government aerospace center in the city of Yazd, about 390 miles southeast of the capital, Tehran,” according to the New York Times. “He developed symptoms of food poisoning after attending a dinner he was invited to in Yazd, according to a staff member of a senior Iranian official,” the report continued.

“Mr. Aghamolaei had just returned to Tehran from a business trip to the northwestern city of Tabriz when he developed intense nausea and diarrhea that worsened day by day until his organs failed and he died, according to a friend,” said the report. “If, as Iran suspects, these mysteriously similar deaths were targeted killings, it would fit the pattern of a shadow war with Israel that has seen both sides strike each other with just enough secrecy to avoid a full blown war.”