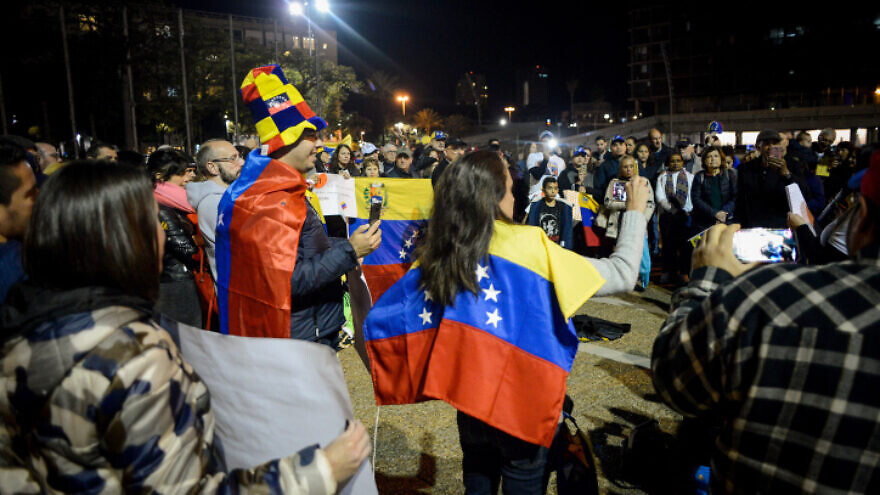 “Without a doubt, our relationship with Israel is important and we are talking about a change in this relationship. We are united with Israel on values such as peace, democracy, and the fight against terrorism, so I’m convinced that relations will be profound,” said Borges, who serves as shadow foreign minister under Venezuela’s Opposition Leader Juan Guaidó.

Venezuela is currently embroiled in a political crisis over the country’s presidency, which has been underway since Jan. 10, with the nation and the world divided between support for Guaidó and rival President Nicolás Maduro. Guaidó has been recognized as the country’s president by some 60 nations worldwide, including the United States and Israel.

During a recent visit to Israel, Borges told Israel Hayom that Caracas attaches great importance to its ties with Jerusalem, adding, “We want to learn from Israel, among other things because our two countries share similar threats, like terrorism. Renewing our relationship is an issue of paramount importance on the agenda led by President Guaidó.”

Venezuela cut ties with Israel in 2009 in protest over its military offensive in the Gaza Strip, which targeted Hamas, the terrorist group ruling the coastal enclave.

Borges, who is currently based in Washington, told Israel Hayom that this was among the decisions by Maduro that led to the South American nation’s isolation. “Maduro’s dictatorship has isolated Venezuela—no country wants anything to do with a government that served as a patron to terrorism.”

He went even further, accusing Maduro of actually being in cahoots with terrorist organizations.

“Maduro’s alliance with terrorist organizations, groups like Colombia’s ELN [National Liberation Army] or FARC [the Revolutionary Armed Forces of Colombia–People’s Army], or like Hezbollah [in Lebanon], has allowed him to pursue an economic policy based on trafficking in drugs, gold, and diamonds,” he said.

“Maduro’s dictatorship has isolated Venezuela—no country wants anything to do with a government that served as a patron to terrorism.”

Borges also addressed the impact Venezuela’s crisis has had on the country’s Jewish community.

“Venezuela was a country of opportunities where everyone was treated with the same affection. That has changed. We live in a devastated country, plagued by a humanitarian crisis, and under a regime that sponsors terrorism. All this led to an emigration process, among the Jewish community as well,” he said.

“We’re fighting so that everyone can come back, including Jews. I know how hard it is to leave everything behind, and I’m sure they miss [Venezuela], but we have to move forward and fight to win our country back, so that we can all go back to living in a Venezuela that champions development, justice and freedom. These are things we currently can only dream about.”

But Borges said he was optimistic about a change in government in the near future.

“We have extensive international support, as well as at home, where the Venezuelan people have given their all for this cause.”