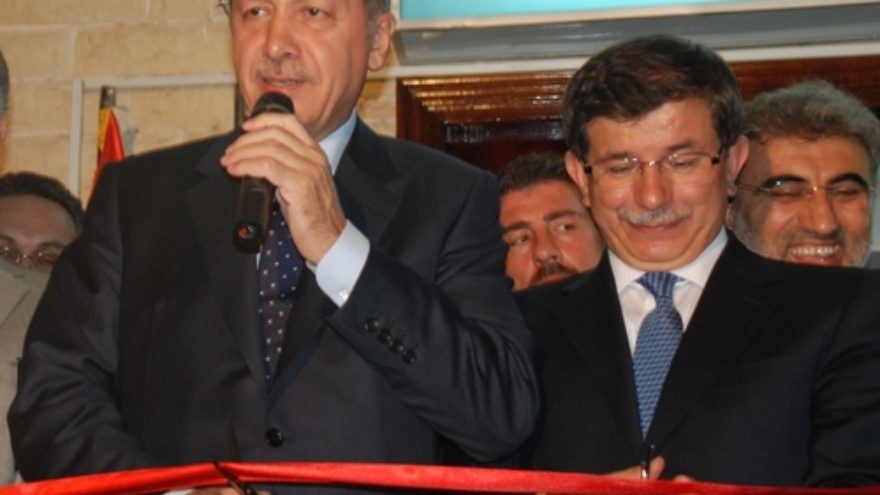 (May 13, 2016 / JNS) An Israeli diplomat indicated last week that the Jewish state and Turkey are continuing to make a concerted effort to rebuild a relationship that has been strained under Turkish President Recep Tayip Erdogan, despite the doubts cast on the stop-and-go reconciliation process by Turkish Prime Minister Ahmet Davutoğlu’s recent resignation. Policy experts, meanwhile, say that the misperception of Davutoğlu’s “moderate” tack means his resignation wasn’t a game-changer.

“We hope the reconciliation process won’t be affected by the political shift in Turkey,” Cohen said, Reuters reported.

The two countries have been mired in a feud that originated with the 2010 Gaza flotilla incident, in which nine Turkish militants were killed in clashes after attacking Israeli commandos boarding a ship that was trying to breach the blockade on Gaza. But more recently, the Turkish government’s offering condolences to Israel after the March 2016 suicide bombing in Istanbul, in which three Israeli tourists were killed, was viewed as signaling a shift in Turkey’s outlook on the Jewish state. Additionally, Erdogan’s AKP political party expelled a low-level official, Irem Aktas, for tweeting that she “wished that the wounded Israeli tourists were dead.”

Yet after the announcement of the impending May 22 resignation of Davutoğlu—who the West views as a more moderate leader than Erdogan—questions arose about the future of the Turkish-Israeli reconciliation effort. Davutoğlu reportedly resigned because he opposes the presidential system that Erdogan wants to implement in order to consolidate his power in lieu of the current Turkish parliamentary system, among other reasons. Israel’s Cohen confirmed that the resumption of negotiations on normalization “will have to wait until the composition of the new Turkish government on May 22.”

Dr. Aykan Erdemir, a member of the Turkish Parliament from 2011-2015 and a senior fellow at the Foundation for Defense of Democracies (FDD) think tank, told JNS.org that the perception of Davutoğlu as a moderate is a misconception. In January 2015, Davutoğlu accused Israeli Prime Minister Benjamin Netanyahu of committing “crimes against humanity,” echoing Erdogan’s anti-Israel rhetoric at the time. In April 2016, Davutoğlu indicated that Turkey wouldn’t normalize relations with Israel until the Jewish state lifts the maritime blockade of Gaza.

“At the core of his work, Davutoğlu is a pan-Islamist who is more of an ideologue than Erdogan,” Erdemir said.

Erdemir also argues that Davutoğlu’s resignation won’t make much of a difference because potential reconciliation with Israel is the brainchild of Erdogan, as part of a shift in Turkish foreign policy that entails cozying up again to the European Union, the North Atlantic Treaty Organization (NATO), and the West.

For a number of years under Erdogan, Turkey has sought to improve relations with its neighboring Muslim countries and cement itself as a regional leader. In the process, Erdogan’s government became increasingly Islamist, lending its support to the radical Muslim Brotherhood and its offshoots across the Middle East (including the Palestinian terror group Hamas). Erdogan also ramped up his anti-Israel and anti-Semitic rhetoric, including a comment that “Jewish capital” is behind the New York Times.

Turkey has also been courting Russia. In 2013, Erdogan indicated that Turkey would be willing to abandon its goal to join the European Union in exchange for membership in the Shanghai Cooperation Organization, in which Russia is a member along with China, Kazakhstan, Kyrgyzstan, Tajikistan, and Uzbekistan. But Turkish ties with Russia soured after Turkey downed an encroaching Russian jet near the Syria-Turkey border in November 2015.

“Turkey’s regional foreign policy has collapsed on the back of its Syria policy, and it is fighting a war with Kurdish insurgents in its own southeast, along with fighting ISIS (Islamic State) in Syria and dealing with terror attacks at home from both groups,” Michael Koplow, an expert on Turkey and the policy director for the Israel Policy Forum think tank, told JNS.org.

“Israel can be an asset when it comes to Syria given its intelligence resources, and the Turkish government also believes that better relations with the U.S. will result should it reconcile with Israel,” said Koplow. “Turkey and Israel have also been bandied about as potential energy partners, with Israel needing a market where it can export its natural gas, and Turkey needing a supplier to meet its growing energy needs and help it reduce its reliance on Russian gas. For all of these reasons, Turkey has concluded that it will be better to improve relations with Israel than to continue the status quo.”

Koplow also believes that while Davutoğlu was more moderate than Erdoğan on some issues, Israel wasn’t one of these issues.

“Davutoğlu was actually in many ways the primary driver of antagonism toward Israel at the highest levels of the Turkish government, and I do not think it is a coincidence that the real downturn in relations coincided with his elevation to the Foreign Ministry,” he said.

While “nobody in Israel will be shedding any tears for Davutoğlu now that he is gone,” his resignation “does not make reconciliation automatic,” Koplow explained.

“There are still real issues dividing the two sides, and the downturn in relations is bigger than any one person,” he said.

One of those divisive issues is the Israeli-Palestinian conflict and the role of Hamas, which rules Gaza. Besides Turkey’s demand that Israel lift the Gaza blockade, Hamas maintains its international headquarters in Istanbul. Erdogan met with Hamas leader Khaled Mashaal in Istanbul last December and has shown no indication that the terror group will be ousted from Turkey.

“The Gaza blockade is more than a rhetorical position for Turkey, and it’s not one that is going to be easily resolved,” Koplow said. “There have been ideas floated about easing the blockade rather than lifting it as a middle ground that would satisfy Turkish demands, but those do not seem to have accomplished the job…and even if the two sides manage to overcome the Gaza issue, I don’t expect any reconciliation to be sustainable in the long-term.”

Efraim Inbar, a professor of political studies at Israel’s Bar-Ilan University and director of the Begin-Sadat Center for Strategic Studies, told JNS.org that despite Turkey’s positive gestures toward Israel after the Istanbul suicide attack, Erdogan’s regime “still remains.” Maintaining the Gaza blockade “is a clear national security issue for Israel,” said Inbar, who also noted Turkey’s refusal “to sever its links with Hamas.”

“Therefore, I see certain improvement in the atmosphere but nothing on concrete issues,” he said. “We should not live under an illusion that Turkey and Erdogan will become a friend of Israel.”

One factor that could be a game-changer, however, is natural gas. Fifty-five percent of the gas used in Turkey is currently supplied from Russia, and another 15 percent comes from Iran. Amid its rift with Russia, Turkey is seeking to obtain gas from the alternative source of Israel’s offshore Leviathan field. According to the Israeli business news outlet Globes, Israel is very close to signing a gas-export agreement through which Turkey will consume half of the Leviathan’s gas reserves starting in 2020.

“Erdogan wants to sign a deal with Israel, and the appointment of the minister of energy will prove that he is attaching great importance to enhancing Turkey’s energy security,” said a source close to the Israel-Turkey negotiations.

FDD’s Erdemir said that Erdogan “is now doing the right thing, that is, Turkish-Israeli cooperation, but for the wrong reasons.”

“His core values are still strongly anti-Semitic,” said Erdemir. “If he had more leverage, more power in international relations, I don’t think he would be too interested in reconciliation [with Israel].”

Erdemir also raised the possibility that while Erdogan seeks to centralize and increase his executive power, the Turkish president would be willing “to do anything” to accomplish that goal—including to “destroy the [reconciliation] process” with Israel.

The experts interviewed by JNS.org expressed cautious optimism, if not pessimism, about the prospects for actual normalization in Turkey-Israel relations. The Israel Policy Forum’s Koplow believes that because economic relations between the two countries “have actually improved as political relations have worsened,” there is “no urgent economic reason that the two governments must restore full relations.” But if full reconciliation does occur, he said it could be “a stabilizing force for the region in a number of ways.”

“Coordination on Syria remains vitally important,” Koplow said. “There is lots of potential for Turkey to be a purchaser of Israeli natural gas, and despite Israel’s much harder-line view of Iran and its nuclear program, both Israel and Turkey have a strong interest in preventing Iranian regional dominance. If the two sides are able to overcome their differences and reconcile, and assume even a portion of the military and intelligence cooperation that existed in the past, it will unquestionably be a net positive overall.”