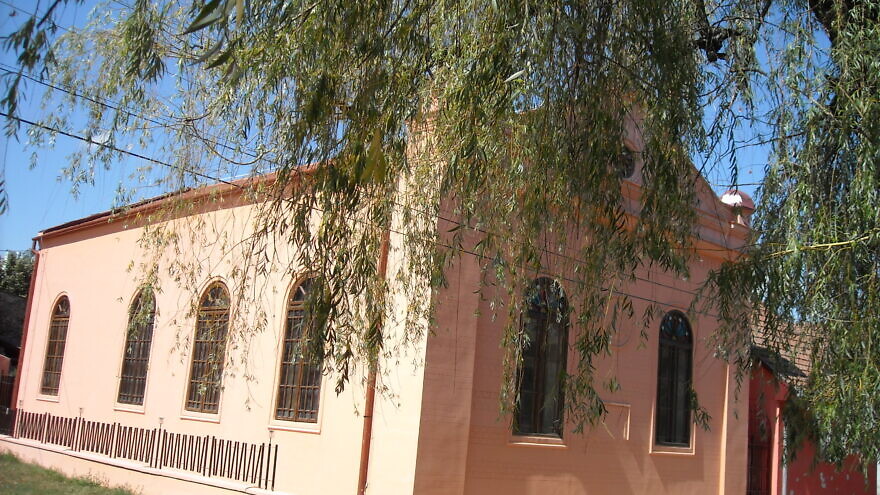 (July 1, 2021 / JNS) Several windows of the Synagogue of Orăștie in the Transylvania region of Romania were found broken on Monday morning, according to the European Jewish Congress, which cited a local report.

Unidentified vandals threw stones and boulders at the windows, as reported by the Romanian newspaper Stirile Transilvaniei. The broken windows were discovered by two archaeologists from the local Museum of Ethnography and Folk Art and they reported the incident immediately to police.

The Orăștie synagogue, which is more than a century old, was restored in the early 2000s and has housed several cultural events in recent years. The EJC said the vandalism took place on the eve of the anniversary of the anti-Jewish pogrom in the Romanian city of Iași.

By the end of the 19th century, approximately half of the city’s total population was Jewish, according to Yad Vashem. In 1930, more than 35,000 Jews were living in the city.

On Saturday night, June 28, 1941, Romanian and German soldiers, members of the Romanian Special Intelligence Service, police, and many residents murdered and ransacked Iasi’s Jews. Thousands were killed in their homes and in the streets, and thousands more were arrested by Romanian and German soldiers and taken to police headquarters, where they were shot the next day, now known as “Black Sunday.”

Approximately 4,000 Jews were locked into “death trains” and transported back and forth between railway stations. Around 2,650 of them died of suffocation or thirst, while others lost their sanity.