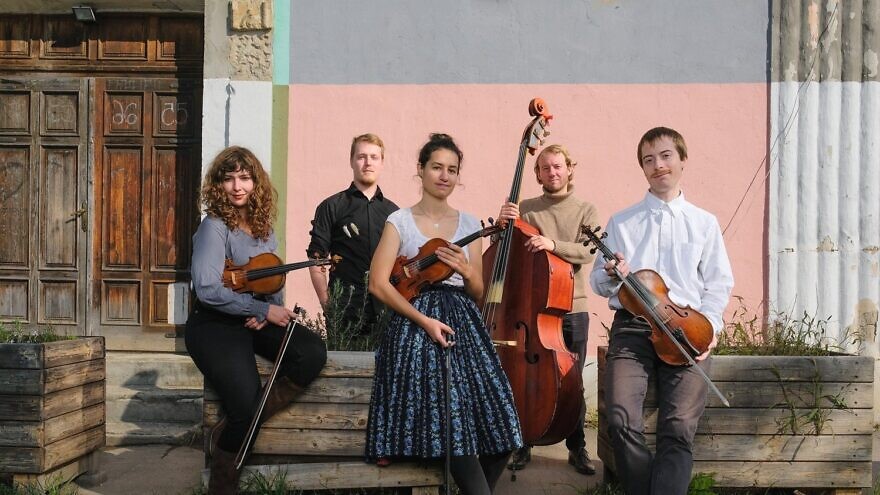 (December 29, 2022 / JNS) On the last night of Hanukkah, more than 150 people got to listen to two exceptional Jewish musicians at the Museum of Jewish Heritage in Manhattan, with some dancing in the aisles. It was part of Yiddish New York, a festival now in its eighth year that offers live performances, online lectures, workshops and films.

Michael Winograd, a virtuoso on the clarinet and a composer who also plays saxophone, treated the crowd to songs he said he never intended to perform.

“I had a cancellation in January, living in Brooklyn and I woke up and I challenged anyone who wanted to compose and release a record by the end of the day,” Winograd told JNS. “I did it a few times. People have become interested in projects with a hook and they love hearing new stuff and they learn it. It was very difficult to record people who were playing it for the first time, and we did this every Thursday in January.”

Winograd, whose albums include “Kosher Style” and “Early Bird Special,” said he loves that the New York Yiddish community comes together and parties during Christmas week.

He said he became involved with Yiddish New York after 30 years of KlezKamp, the Klezmer music and Yiddish culture festival that ran from 1985 to 2015. 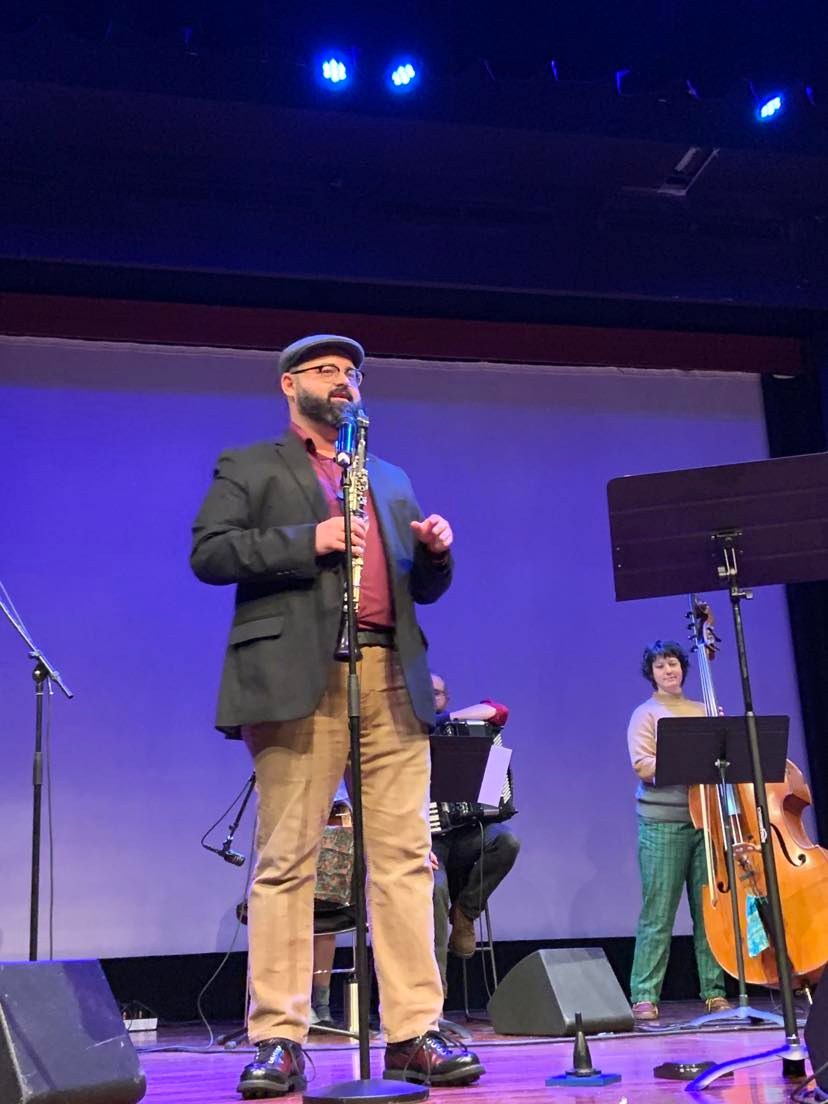 Winograd told the crowd that everyone wants things they can feel and touch, so he was selling both songbooks and CDs. He joked that there were “very few mistakes” in the book.

It was no surprise that the fans, including some in their 30s and some who were 70 and older, and came out in extremely cold weather, demanded an encore from Winograd and his musicians. He obliged.

Jewish violin sensation Zoe Aqua, who performed before Winograd, played her music that she says is partly Klezmer and partly influenced by Transylvania. The performer, who spent the last 18 months there, told the crowd they should come visit and that it was both magical and strange in some ways and had become a second home for her.

Acqua got rousing applause for her performance but at one point also for her humor. When a guest soloist took a long time to tune up, she quipped, “Are you sure that there are Jews in the audience ’cause it’s like so quiet.”

Some of her songs got people dancing and at one point, 21 people held hands together and danced around the room. She transports the listener to some distant countryside where there may not be electricity, or need for it, as if life could be powered by her music.

Aqua was awarded a Fulbright research grant to study Transylvanian folk music pedagogy in Cluj, Romania. In September, she released “In Vald Arayn” or “Into the Forrest,” which mixes Hasidic, Klezmer and non-Jewish music from Eastern Europe. She was a co-founder of klezmer bands Tsibele and Farnakht. She signed with a new label called Borscht Beat, which is also the name of a radio show hosted by Aaron Bendich, a Brooklyn resident who founded the label.

Aqua is originally from Colorado and lived in Brooklyn for about nine years. She told JNS she studied music at the University of Michigan.

“Yiddish New York is sort of my home festival and it’s a pleasure to play here,” she said.

The festival includes a number of films that can be viewed online, including the silent film “The Man Without a World (1992),” which gets its title from a Jew who decides to shave his beard and payaos (sidelocks) and convert to Christianity. Also, a mother who is dying wonders what will become of her son, who lacks strength, and her daughter, who has seemingly gone mad after being sexually assaulted. It deals with the duality of dealing with persecution for those who cling to traditions, and a desire to assimilate in a hope to avoid that persecution.

“Uncle Moses (1932),” starring Maurice Schwartz and based on the novel of the same name, is one of the first Yiddish language films. Directed by Aubrey Scotto and Sidney Goldin, it starts on the corner of Delancey and Orchard streets on Manhattan’s Lower East Side, Moses has a clothing store and hands out donation checks to rabbis, and some workers want to form a union. A young woman is in love with a Marxist union organizer named Charlie but has to decide if she will marry Moses since he is wealthy and her family will live well if she agrees.

Singer Lea Kalisch led a Yiddish Karaoke Bar via Zoom. Kalisch said she was energized by Yiddish New York as people have shown great passion for the language.

Frank London, who played a masterful trumpet solo on stage earlier on Sunday and is a co-founder of the group Hasidic New Wave, said talk that Yiddish is dead is false.

“The naysayers are as wrong as the Pollyannaish who say Yiddish will be like it was 150 years ago and everyone will speak it,” London told JNS. “No. It is what it is. And what it is, is a language without a home. And yet Yiddish culture, and song, is thriving now in times that are unprecedented. There are more recordings of old Yiddish music and new compositions in the last 40 years than there were in the last 80. Culture is thriving worldwide, even if not everybody is literate. Yiddish classes were overflowing during the pandemic.”

London said that other than Hasidic communities there won’t again be entire towns that speak Yiddish.

He said he felt the great joy of community and performing live in what is “one of about half a dozen festivals worldwide where we can share our language and culture.”

Peter Rushefsky, a musician and executive director of New York City’s Center for Traditional Music and Dance, said it was a lot of work to organize Yiddish New York, but it was well worth it.

“After KlezCamp in the Catskills, we thought, ‘We can’t bear the thought of going without our Yiddish festival,” he told JNS. “This year, with it being hybrid we have so many greats being offered.”

Asked about those who say the language is dying, he had a clear response.

“Tell them to visit Yiddish New York,” he said.