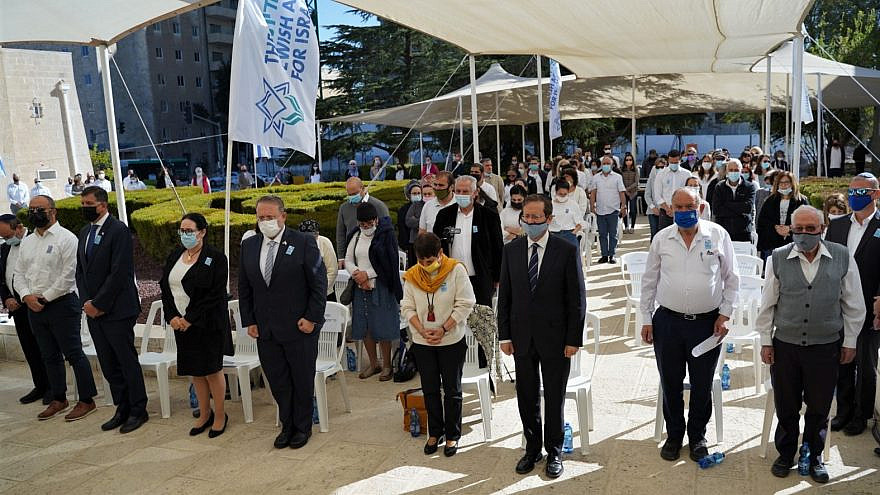 In 1961, during a secret mission intended to bring Jewish Moroccan immigrants to Israel, the Egoz ship sank, resulting in the loss of 44 people.

Among those on the ship were 43 immigrants, half of whom were children, in addition to Mossad operative Haim Tzarfati. Authorities were able to locate 22 bodies, which were then buried in a Jewish cemetery, but the rest were lost at sea. In 1992, the bodies were moved to Jerusalem’s Mount Herzl, where they were given a ceremonial burial.

“Our hearts are heavy with grief for every man, woman and child who died simply because they dared to be part of the miracle that is Israel,” said Jewish Agency chairman Isaac Herzog. “Today, we unite behind and honor their individual stories. We especially remember those tales of hardship and sacrifice in order to become Israeli.

“In that vein,” he continued, “we pay tribute to the victims of the Egoz ship and Haim Tzarfati. They set sail from Morocco on a stormy winter night 60 years ago and never reached their destination. Some 44 people lost at sea—children, women, men—Jews whose only desire was to start a new life in the Land of Israel. The ship sank but did not drown the longing for Zion.”

Herzog and Gila Gutman Azulay, who lost the majority of her family on the ship, both lit a torch to commemorate the victims and the men and women who died defending Israel. 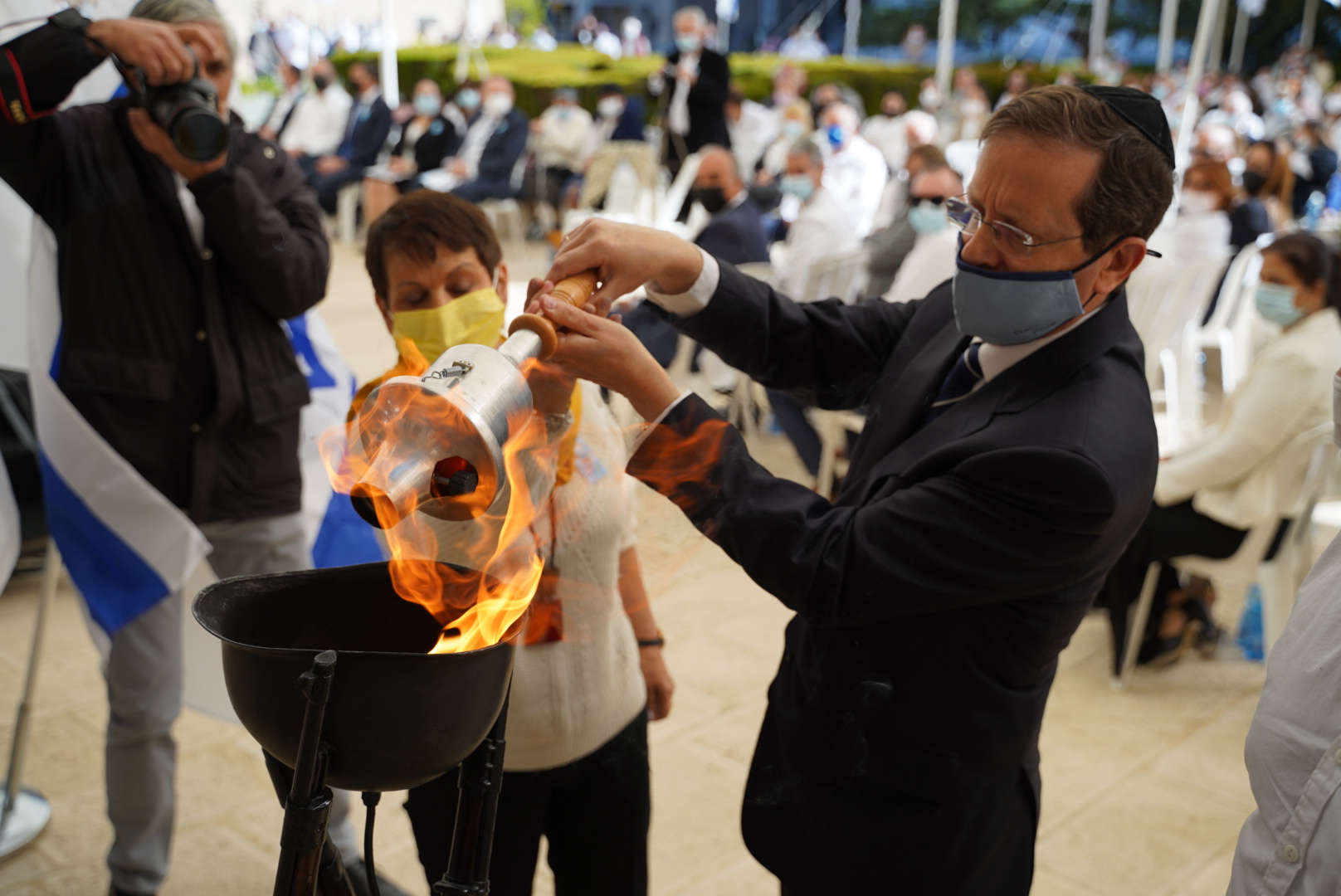 Jewish Agency chairman Isaac Herzog and Gila Gutman Azulay light a torch to commemorate the victims of the “Egoz” ship, and the men and women who died defending Israel, April 13, 2021. Credit: The Jewish Agency for Israel.

“The tragedy of the drowning of the Egoz ship is a national and a personal tragedy. At home in Casablanca, I was always given the feeling that life in Morocco was temporary. We all longed for the Land of Israel, it was our soul’s desire,” said Azulay. “My sister Penny and I joined a local underground organized group of children set to immigrate to Israel and were told that the rest of our families would join us later. We did not say goodbye to my mother and my siblings. I couldn’t have imagined that we’d never see them again. A few days later, my mother and five brothers and sisters perished in the disaster.”

A memorial wall of worldwide victims of anti-Semitism was also unveiled at the ceremony. According to data from the Jewish Agency, since the establishment of the State of Israel in 1948, some 200 Jews have been killed in anti-Semitic incidents and terror attacks around the globe.

“Our demand from every state and government is clear and unequivocal: The Jewish citizens living in your country are equal citizens. It is your responsibility to keep them safe,” said WZO chairman Yaakov Hagoel. “The World Zionist Organization is committed to battling anti-Semitism around the world and will stand its ground as one of the leaders in the fight against this horrid phenomenon. We embrace Jewish families from around the world for the precious loss and the endless dedication they have given us as a country.”