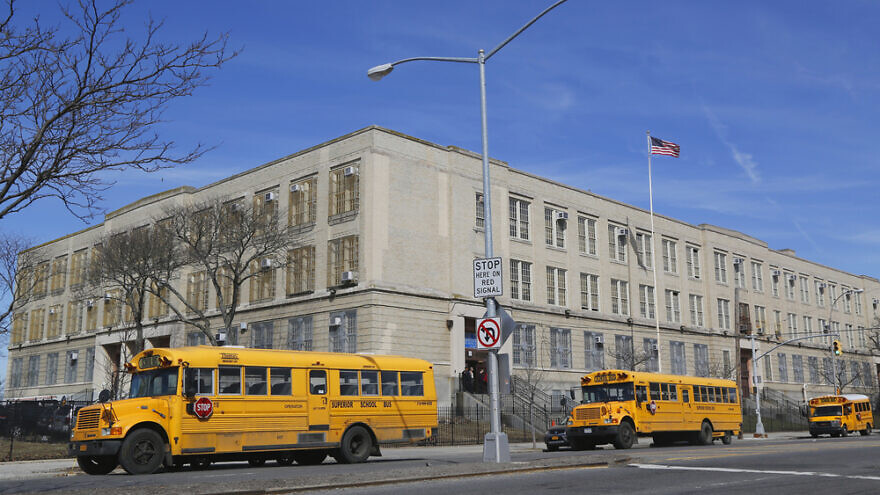 “I am deeply concerned to hear of the anti-Semitic and anti-Israel letter led by a group known as ‘New York City Educators for Palestine’ regarding the recent Hamas-Israel escalation, and I urge you to do everything in your power to combat anti-Semitic and anti-Israel bias and discrimination in public schools,” the legislator wrote in a letter to U.S. Education Secretary Miguel Cardona, New York Education Commissioner Betty A. Rosa, and New York City Department of Education Chancellor Meisha Porter.

In a July 11 statement, the group New York City Educators for Palestine expressed solidarity with “Palestinian teachers and students who live within the occupied territories, as well as within Israel’s borders,” and recognized the challenges they face as a result of Israel’s “program of ethnically cleansing Palestinians.”

The statement also claims that there are 10 attacks a month on Palestinian educators by Israeli authorities and calls on the United States and various education unions to boycott Israel until Israel ends “the ongoing occupation and colonization of all Palestinian land … .”

“Despite the challenge, it is vital that we continue to show our support for a free Palestine—and the more of us who can actively show our solidarity, the better protected we will all be from attacks by employers and union bosses,” read the statement

Zeldin said the letter accuses Israel of “terrorism, ethnic cleansing and other talking points all too commonly used to fuel violent attacks on and discrimination against Jews” and that using such anti-Israel rhetoric in schools “will only escalate and embolden anti-Semitic attacks and vitriol throughout our country.”

“This anti-Jewish hatred needs to be singularly and unequivocally identified and called out, and eradicated in all forms. I urged you to enforce Executive Order 13899 and do everything in your power to combat this anti-Semitic and anti-Israel bias in schools,” he wrote.