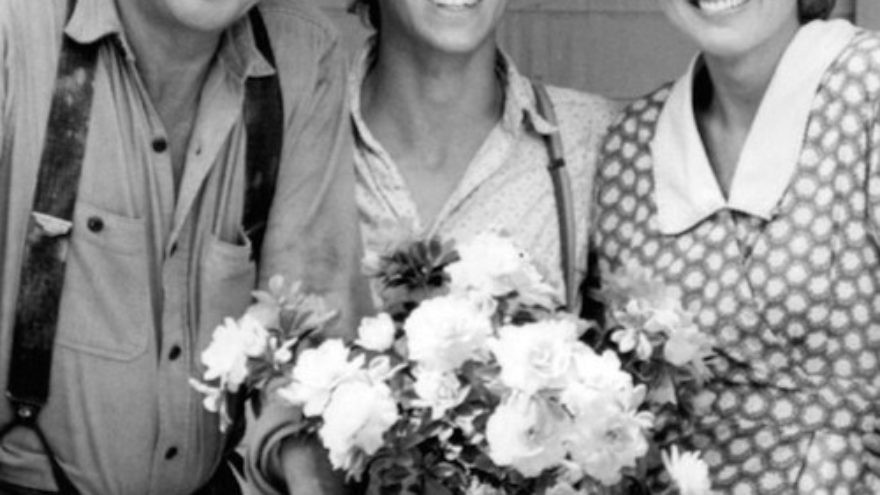 The passing of a television writer is not the sort of event that usually raises questions about the future of American society. But the recent death of Earl Hamner, Jr., creator of the 1970s series “The Waltons,” coming as it does in the midst of an exceptionally tumultuous political season, invites fresh consideration of the state of the country—and its implications for American Jewry.

“The Waltons,” which debuted on CBS in 1972, was an hour-long drama that followed the lives of a family in rural West Virginia during the Great Depression. Based on Hamner’s own childhood, “The Waltons” highlighted values such as hard work, religious faith, modesty, and the importance of family togetherness.

Throughout its nine years, “The Waltons” was one of the most popular shows on television. It’s not unreasonable to conclude that the values which it promoted values were held in high esteem by most Americans in the 1970s.

When “The Waltons” was cancelled in 1981, Hamner began writing a new series for CBS, called “Falcon Crest.” One might say that it was the moral opposite of “The Waltons.” Set in contemporary times, “Falcon Crest” featured corrupt family members battling each other for control of a winery in northern California’s Napa Valley. Greed, cruelty, deceit, backstabbing, and marital infidelity were among its major themes. Like “The Waltons,” “Falcon Crest” lasted for nine years.

Of course, television shows rise and fall for all sorts of reasons, but with the benefit of hindsight, one can see Hamner’s two shows as indications of a certain transition in American culture. The wholesome Waltons family appealed to a generation that revered old-time values. The fact that “The Waltons” was supplanted by “Falcon Crest” (and similar shows, such as “Dallas” and “Dynasty”) symbolized the erosion of traditional values and an increasing coarseness in American society.

That coarseness has been on full display in the current political season. Donald Trump has pioneered a new political style that is awash in vicious insults, wild threats, and crude vulgarities—yet he continues to maintain a significant base of support. And some would argue that the problem is more than just a matter of his distasteful style. Recently, Trump’s harsh manner, together with his suggestions that he would take extreme steps such as placing restrictions on the press, have prompted some critics to warn that a Trump presidency would move America in the direction of authoritarian rule.

Such fears may not give enough credit to the various legal and other safeguards that are in place to prevent any substantial changes to America’s democratic system. Still, it would be foolhardy not to acknowledge that some of those safeguards could prove fragile if they are seriously tested.

The question of “Can It Happen Here?”—could Americans embrace totalitarianism—has long been the subject of heated discussion, in the Jewish community and beyond. A classic novel in this genre was the 1935 best-seller, “It Can’t Happen Here,” by Sinclair Lewis. Written just two years after Adolf Hitler’s rise to power, the book chronicles how a corrupt but charismatic politician, Buzz Windrip, rises to the presidency by appealing to nationalist sentiment and making pie-in-the-sky promises (such as giving every American a $5,000 government grant each year). Aspects of Windrip’s platform are somewhat similar to what one hears today from both Trump and Democratic presidential candidate Senator Bernie Sanders. Once in power, Windrip crushes all dissenters and imposes totalitarian rule.

All of which brings us back to “The Waltons,” which was set in the same time period as Sinclair Lewis’s novel. In one particularly memorable episode, the family’s eldest son, John-Boy, hears on the radio about book-burnings in Nazi Germany. He exclaims, “Burning books is like burning people! Why would people do such craziness?” A local clergyman then attempts to organize a public burning of Hitler’s book, “Mein Kampf,” and other German-language books. But John-Boy forestalls the burning at the last moment when he points out that one of the books thrown into the pile to be ignited is a German edition of the Bible.

Leaving aside the question of whether burning “Mein Kampf” is the moral equivalent of the Nazis burning great works of art, literature, and science, the writers of that “Waltons” episode did raise a valid point about what can happen when a mob mentality takes over. And Jews—probably more than anyone else—understand that the abandonment of civility, combined with social and economic anxiety and appeals to extreme nationalism, can be a lethal mix indeed.

Dr. Rafael Medoff is founding director of The David S. Wyman Institute for Holocaust Studies, and author of 16 books about Jewish history, Zionism, and the Holocaust.