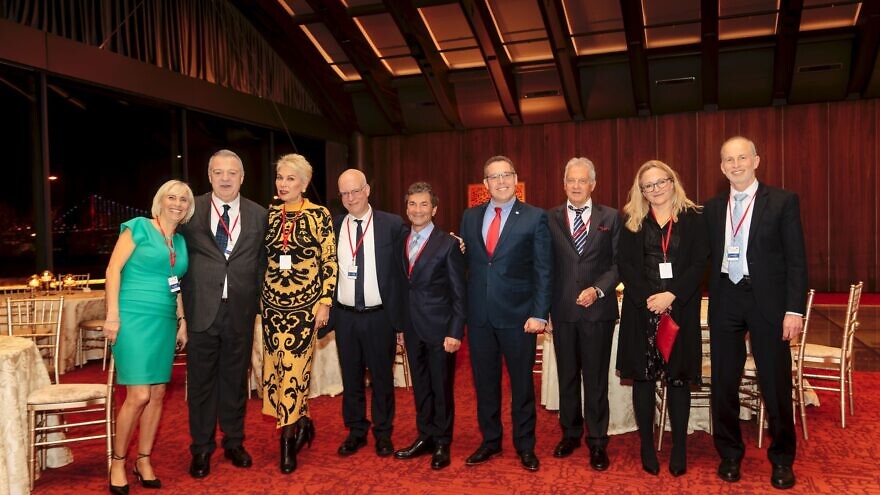 TAU president Professor Ariel Porat and the heads of the three Turkish universities decided to advance the Academic Bridge Initiative between Israel and Turkey, discussed at a meeting in Istanbul in April 2022. Photo by Can Kınalıkaya.
Spread the word.
Help JNS grow!
Share now:

(April 26, 2022 / JNS) The warming of relations between Turkey and Israel, exhibited last month in the meeting between Israeli President Isaac Herzog and Turkish President Recep Tayyip Erdoğan, is being expressed in the academic arena as well.

For the first time in nearly a decade, Tel Aviv University has renewed its academic relations with Turkey, forming ties with three of the country’s leading universities: Koç, Özyeğin and Sabancı.

In a meeting last week in Istanbul, TAU president Professor Ariel Porat and the heads of the three Turkish universities decided to advance the Academic Bridge Initiative, which comprises academic collaborations including student- and faculty-exchange programs, and joint research initiatives.

It was also attended by TAU vice president Professor Milette Shamir, who is also in charge of international academic collaboration; vice president for resource development Amos Elad; Udi Eitam, Israel’s consul general in Istanbul; and leaders of the Jewish community in Turkey, including the chairman of the Jewish community, Yitzhak Ibrahim Zada; and Turkish academics, entrepreneurs and industrialists.

“The purpose of the initiative is to promote academic research in both countries,” stressed Porat. “Every year, TAU welcomes thousands of Muslim and Christian students from Israel and around the world, and we will be delighted to extend this collaboration to leading universities in Turkey as well. Academia is a bridge between nations, and a key to economic and social growth everywhere.”

Involved parties say that without the warming of relations between heads of state, it would have been difficult to advance the academic collaboration. The joint research projects are expected to address a vast range of issues, including matters of regional importance such as climate, entrepreneurship and archaeology.

“I sincerely hope that after years of little contact between Israeli and Turkish institutions, our visit heralds a new era,” said Shamir. “Israel and Turkey are powerfully connected by a rich history—a range of both political and economic interests—and similar challenges in areas such as climate, health and technology. Thus, the academic bridge we are building has great potential.”