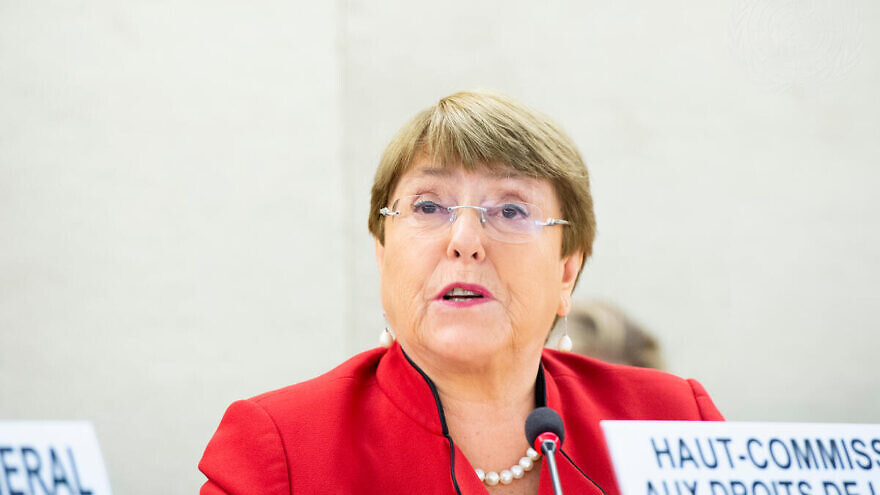 (January 6, 2022 / JNS) This coming March, the U.N. Office of the High Commissioner for Human Rights (OHCHR), which serves as the secretariat for the Human Rights Council, is expected to publicly update its blacklist of 112 companies doing business in Judea and Samaria, the Golan Heights and eastern Jerusalem that was originally released in 2020.

However, questions have emerged as to whether or not the United Nations will go forward with an update after previous delays, coupled with strong pushback from the Israeli government, including a boycott of the OHCHR.

Much like the recently announced new probe by the U.N. Human Rights Council, the 2020 blacklist was unprecedented in any disputed territory around the world. While carrying no force of law and with no accompanying accusations that those listed companies were actually breaking any law, the blacklist was expressly created with the intent to establish a boycott movement against those private businesses and pressure them into stop doing business in Jewish communities, even those under full Israeli control according to international agreements.

“The High Commissioner [Michelle Bachelet] will say privately that she inherited this problem, but we think she had the ability to postpone the release of the blacklist. She knows it doesn’t serve any kind of positive purpose,” former Israel Ambassador to the United Nations Danny Danon told JNS. Danon was involved in discussions over the blacklist during his time in New York.

“At the end of the day, you have to look at the results. President Trump thought that the U.S. couldn’t make any changes at the Human Rights Council, that the anti-Israel bias was simply too deep. Sometime down the road, after it gives the process some time, the U.S. will have to ask themselves were they able to actually make a change. I have no reason to believe it will happen,” said Danon.

The HRC mandate provides for the annual updating of the blacklist, and the OHCHR was scheduled to release the updated list of companies during the HRC session in February 2021. However, in March, U.N. High Commissioner for Human Rights Michelle Bachelet said that the database report was not completed because of what she said were budgetary constraints and resource challenges.

At the time of the 2020 blacklist’s publication, the Israeli Foreign Ministry said it was cutting off ties with the OHCHR and Bachelet.

But the government went further and is still boycotting the boycotters. It was made public in October 2020 that Israel refused to renew the visas of international staff from the OHCHR, with only Israeli and Palestinian staff left to keep the office’s operations going in person. On the eve of the two-year anniversary of the blacklist, the Israeli government and the OHCHR told JNS that nothing had changed.

A spokesperson for the Israeli Ministry of Foreign Affairs told JNS that despite an Israeli government transition back in June, “There is no change in the way Israel sees the U.N. human-rights office and there won’t be until there will be a fundamental change on its side and the way it treats Israel.”

OHCHR spokesperson Rupert Colville told JNS, “Unfortunately, we have not received any indication from the Israeli authorities that our requests for visas will be answered in the near future. Nor have we received any specific requests from the Israeli authorities in relation to the possible granting of visas. As a result, none of the 18 international staff are currently able to return … which is deeply regrettable,” adding that his office has reached out to the Israeli government on numerous occasions, without any substantive response.

“We are continuing to engage with concerned U.N. member states and continue to reach out to Israel in order to sort out this unsatisfactory situation. But so far, these efforts have not borne fruit. We sincerely hope the visa issue will finally be resolved soon and that we will be able to revert to our normal working conditions … as mandated by the international community,” said Colville. 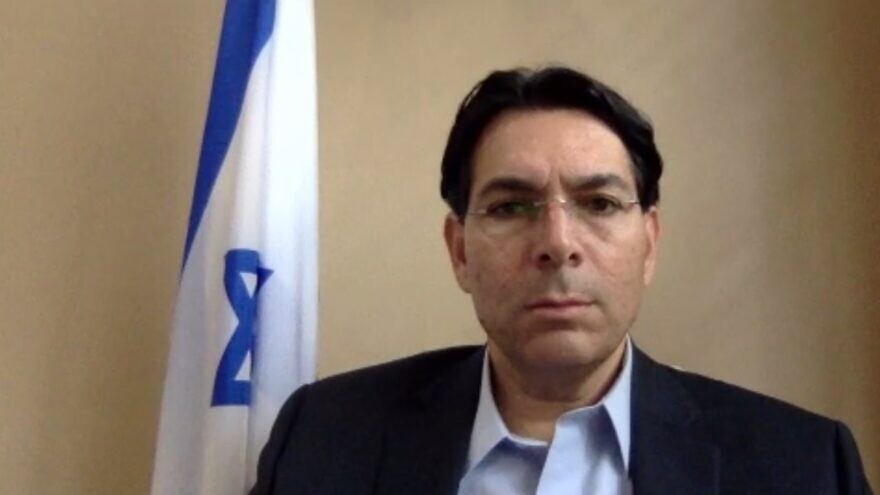 Israeli Ambassador to the United Nations Danny Danon at a briefing on Iranian aggression on May 6, 2020. Source: Screenshot.

‘A platform to carry out their war against Israel’

Among the 112 blacklisted businesses, 94 are domiciled in Israel with the remaining 18 scattered in the United States, Great Britain, France, Luxembourg, the Netherlands and Thailand. The American companies include international food conglomerate General Mills—known for products such as Cheerios cereal and Häagen-Dazs ice-cream—along with communications company Motorola Solutions and travel lodging website Airbnb, which delisted rental properties in Jewish communities in Judea and Samaria in 2018 before reversing course under legal pressure.

The BDS movement has had no noticeable impact on Airbnb’s current operations in Judea and Samaria or elsewhere, and none of the companies on the OHCHR blacklist have made any public indication that their inclusion has harmed their bottom line or that they plan to decrease their activities in any territory tied to the Israeli-Palestinian conflict.

The OHCHR said it had examined another 76 companies that were ultimately not included in the original list. It has given no indication yet whether it intends to follow through with an updated blacklist this winter.

An Israeli government source told JNS that none of the foreign members of the record 24 full-time staff expected to be hired for the current Commission of Inquiry should expect to receive a visa to conduct its work either. The commission’s findings could potentially be used by organs like the International Criminal Court to bring charges against current and former Israeli government officials and military leaders—a process that current Israeli Defense Minister Benny Gantz reportedly personally requested that Palestinian Authority leader Mahmoud Abbas put a halt to.

“In my experience, the Palestinians do promise not to continue with their diplomatic terrorism to use international organizations as a platform to carry out their war against Israel, but they always retract their commitment,” said Danon.