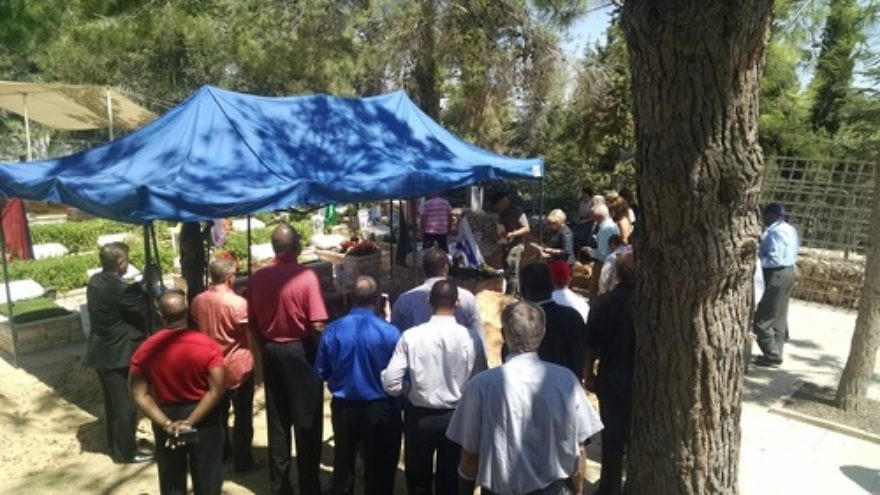 In 2010, Kay Wilson, a Jerusalem tour guide who had emigrated from London, was brutally attacked by a terrorist in the Jerusalem Forest. After being stabbed 13 times, she fooled her attacker into thinking that she had passed on, and he left her for dead. In the moments that followed, Kay watched in horror as he murdered her best friend, Kristine Luken, right before her eyes.

Four years later, Kay has a new lease on life and an impossibly positive attitude. She truly feels that “it could have been worse,” and she motivates others with those words.

This summer, I interned at OneFamily, Israel’s leading national organization solely dedicated to the rehabilitation of victims of terror attacks and their families. In a few short weeks on the job, I met hundreds of victims of terror, most of whom appeared courageous and strong. Slowly, I learned that they—like Kay—underwent a slow and painful process that brought them peace, clarity, and ultimately, strength.

The road from trauma to resilience is a long and arduous journey that requires extensive therapy and the constant support of a family, whether biological or one born out of tragedy. My experiences at OneFamily this summer taught me that caring goes a long way. In fact, becoming the “family” that a victim of terror needs to heal can make all the difference—without a strong support system, the victim may never find strength.

Over the course of the summer, I did everything I could to empower these brave but broken individuals.

I held a mother’s hand as she called home to check that her husband and children were alright after several sirens had sounded in their hometown.

I played with children who had not been out of their local bomb shelter for days.

I sang and danced with bereaved mothers as they taught me how to prepare the recipes that their children—fallen soldiers and victims of terror—had enjoyed the most.

I listened to story after story, provided unlimited hugs, and gave away as much of my own strength as I could muster so that those affected by terror could find their own.

As the war in Gaza reaches its conclusion and the plight of the victims of terror and their families once again fades into the background, it is our responsibility to stand with these individuals so that they can begin to heal. We must help them develop the positive outlook required for true recovery, and enable them to realize that “it could have been worse.”

Due to the extreme devastation brought about by war, thousands of injured and traumatized Israelis require our support. We must help them come to terms with what they have lost, and prepare them for what still lies ahead. We must share their trauma and help shoulder their burdens in order to keep them moving forward.

This summer, I learned that one should never underestimate the power of love and support.  When someone’s life is changed forever by a violent act, there is no telling how long it will take for that person to find peace and regain strength. But one thing is clear: the involvement of a loving family is a crucial element of the healing process.

As I return home, I will continue to do everything I can to empower these traumatized individuals, and I encourage you to do the same. We cannot allow them to get lost in the shuffle simply because the news cycle has moved on to other things. We must always be there for them because they are our family.

Chelsea Polaniecki is a resident of Woodmere, NY, and a junior at Brandeis University. She is spending the summer interning at OneFamily (www.onefamilytogether.org), Israel’s leading organization solely dedicated to the rehabilitation of victims of terror attacks and their families.