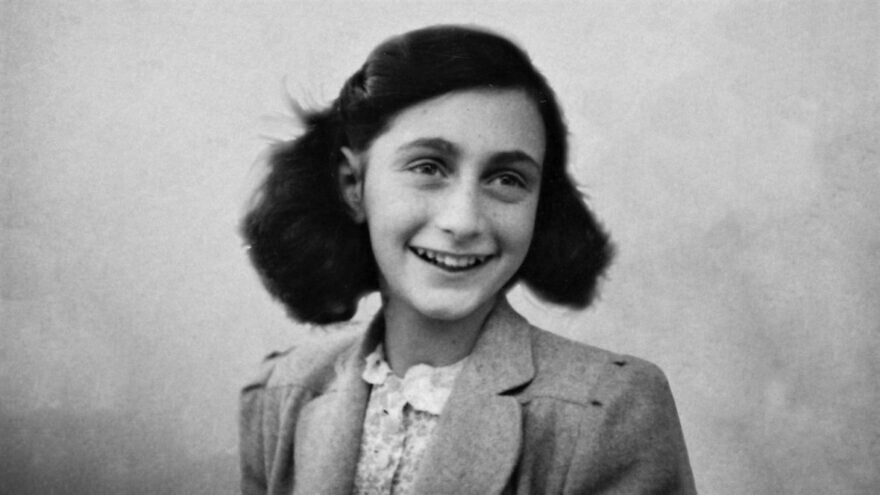 (August 25, 2022 / JNS) “Anne Frank: A History for Today,” developed by the Anne Frank House, will be open to the public at the Putnam Museum and Science Center in Davenport, Iowa, from Sept. 2 to Oct. 30. It aims to share Frank’s legacy with the public and “inspire our commitment to never be bystanders but instead to stand up together against anti-Semitism, bigotry and inequality wherever they may exist today,” according to the museum’s website.

The traveling exhibit includes artifacts on loan from the Illinois Holocaust Museum, including a concentration-camp uniform, a yellow Star of David patch Jews were forced to wear and a flashlight used by guards at Theresienstadt. It will open as part of a community-wide project in Iowa and Illinois that aims to teach the public about the Holocaust and the Nazi atrocities that took place during World War II.

“Out of Darkness: Holocaust Messages for Today” is a collaboration between cultural organizations, educators, libraries and sponsors in the Quad Cities—a region of cities in Iowa and Illinois—“working together to promote dignity, diversity, equity, democratic values, human rights and the power of the human spirit that are so badly needed today,” as stated on the site.

The project, hosted by the Jewish Federation of the Quad Cities, includes music and arts programming, lectures, movies, dances and exhibits at various venues in Iowa and Illinois. It began in July and will continue through the end of 2022.

The community-wide initiative will also include a new opera performance at Augustana College based on the true stories of two Holocaust survivors and a performance by the Ballet Quad Cities of short pieces by Jewish composers who died in Nazi concentration camps.

The German American Heritage Center will also open two new exhibits in early October, one of which is about a Polish Jewish couple who moved to Mainz, Germany, in 1908 to raise their family and, after witnessing the start of the Holocaust, made desperate attempts to escape Nazi Germany and join their children living in the Quad Cities.