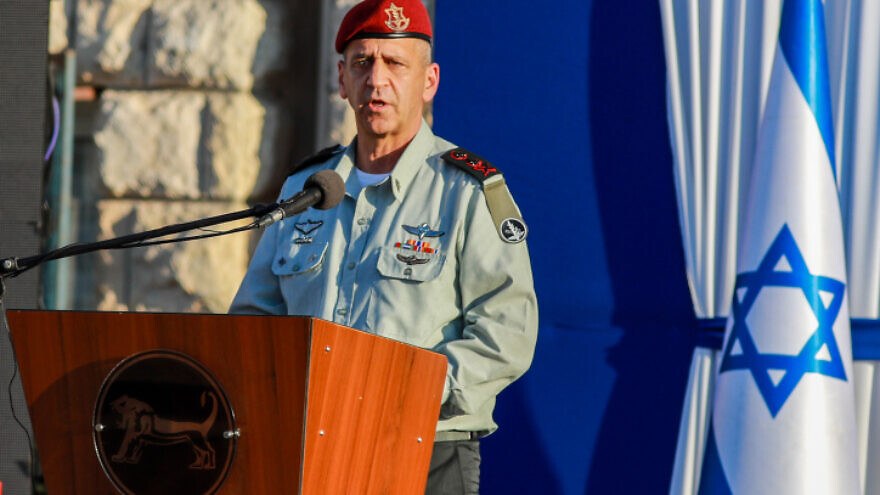 (August 26, 2021 / JNS) The statement on Wednesday by Israel Defense Forces Chief of Staff, Lt. Gen. Aviv Kochavi, about intensifying efforts to prepare an Israeli military option against Iran’s nuclear program, will be closely analyzed in the Islamic Republic.

The timing of Kochavi’s statement is no coincidence. It comes at a critical junction for Iran’s nuclear program when several troubling signals are linking up.

Iran has limited the supervision ability of the United Nations’ International Atomic Energy Agency while stockpiling significant quantities of low enriched uranium. It is also enriching uranium to higher levels: 20 percent and 60 percent. Meanwhile, Iran is continuing research and development, as well as deployment, of advanced centrifuges, and is producing Iranian metal—a key component of a nuclear explosive mechanism.

The jury is still out over whether the installation of hardliner new President Ebrahim Raisi is a signal that Tehran is no longer interested in reviving the 2015 nuclear deal. The deal’s sunset clauses and promise of access to the global financial system still serve Iran’s interests, as well as pave the path to international legitimacy for its nuclear program in a matter of years.

As a result, the IDF Chief of Staff issued a warning in January against a return to such a dangerous arrangement, stating during a landmark speech that doing would be “bad and wrong. It is wrong operationally and strategically,” adding that “anything that resembles the current deal or an improved [version of that] agreement is wrong.”

There can be no hiding the fact that Israel views with alarm the intention by Washington to try and return to that deal.

But Iran could be tempted to trash diplomacy and head for nuclear breakout status, or reach the threshold, even sooner, rather than go down the longer path via a resurrected deal.

So when IDF sources confirmed on Wednesday that the military’s Strategy and Third Circle Directorate, which is responsible for Iran, is coordinating an updated strike option, it was sending a clear signal that Israel’s military option is squarely back on the table.

The fact that Israel is making public its decision to refresh its intelligence, operational plans, training and equipment for such a measure on the first day of Prime Minister Naftali Bennett’s visit to the United States is also likely not a coincidence.

Bennett has pledged to propose a new strategy to the Biden administration on how to deal with Iran’s nuclear program, as well as with its malign regional activity—one that does not include a new nuclear deal. While clearly preferring an agreement with Iran, the Biden administration—reeling from the way its Afghanistan withdrawal is going—may now be keen to signal to Iran that it is coordinating more closely with Israel. 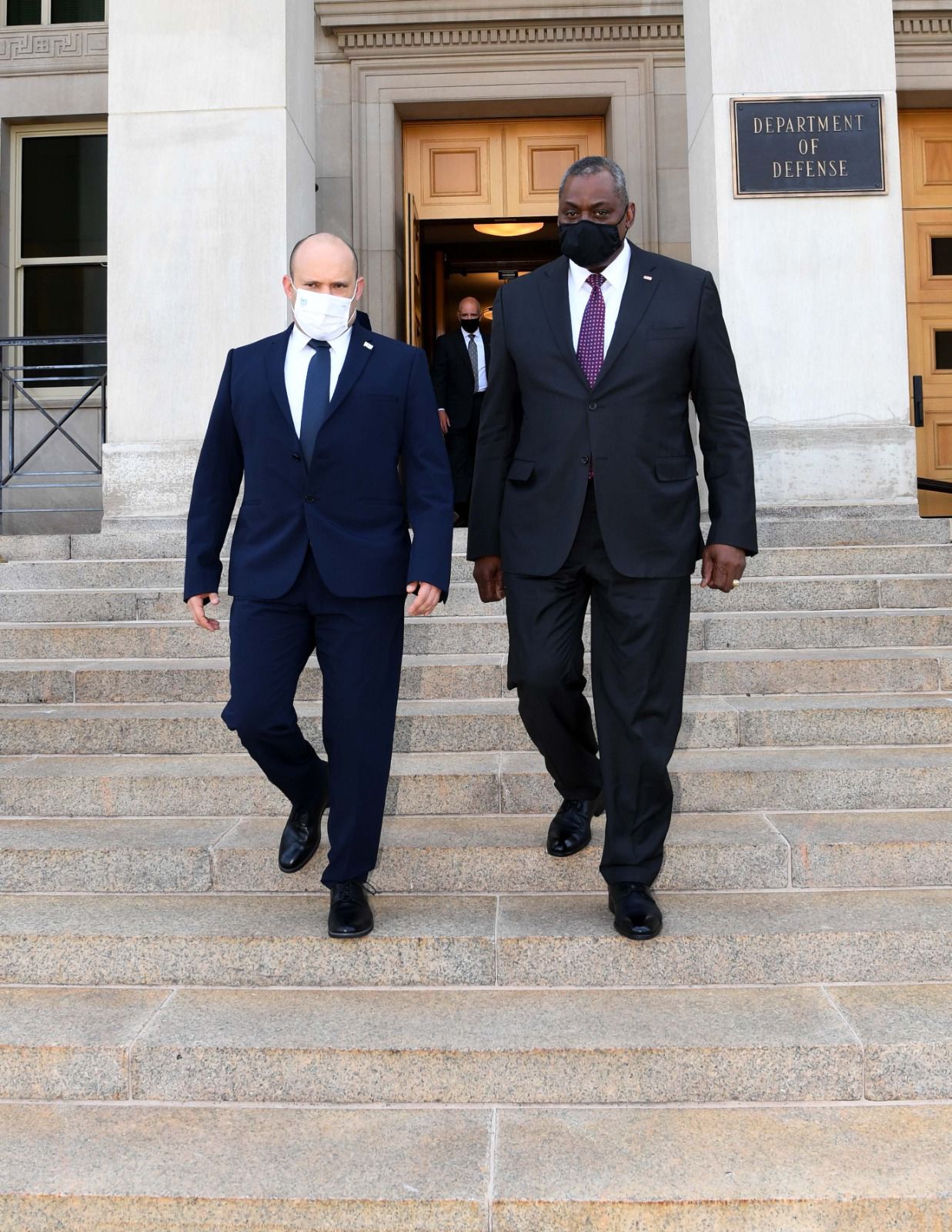 With the Vienna talks currently shelved, Washington could sense a new need to return to the language of deterrence, and it is therefore not surprising that a senior White House official told Israeli journalists on Wednesday that the United States “has other ways of dealing with the threat of Iran besides negotiations.”

How convincing this message of deterrence from Washington will be for the Iranians is open for debate.

Still, should America and Israel be able to coordinate their messaging—and contingency planning on Iran—spelling out red lines and planning on what would happen if those are crossed by the Iranians, it would represent a positive development.

As a recent New York Times report indicated, Israel is working to ensure that even if a new nuclear agreement is eventually signed, this would not mean an end to Israel’s freedom to conduct covert operations to limit Iran’s nuclear progress.

On April 11, a blast tore through the Iranian nuclear site of Natanz, taking down around 5000 centrifuges—around 50 percent of the site’s enrichment capability. Reserving the right to do this on a need-by basis is critical for Israeli and regional security. So is the need to reserve the right to conduct a large-scale overt strike operation, if the covert action and deterrence messaging fail in their objectives. Bennett’s ability to secure recognition of these needs during his visit to Washington will be the measure of the success or failure of his visit.

Israeli media reports carried news on Wednesday of the fact that Maj. Gen. Tal Kalman, head of the Strategy and Third Circle Directorate, is coordinating preparations for a fresh strike option, and that this effort is receiving funding priority. Kalman is former Israeli Air Force Chief of Staff.

“Third circle” is a reference to countries in Israel’s third-circle periphery, and in this case, merely means Iran. Set up in June 2020, the directorate’s central mission is to generate a holistic, broad view of threats that Tehran presents to Jerusalem. It, therefore, takes the “big picture” approach, linking together threats that exist on Iranian soil and stretch out all the way to Israel’s borders with Lebanon and Syria.

As a result, the same division is in charge of building an ability to target Iran’s missile and drone bases.

Rather than looking at pinpoint incidents in isolation, the new directorate, therefore, takes the broadest possible view and then translates this understanding into recommendations on how the IDF should build up its force.

“Regarding Iran, we deal with the threat beginning from the country itself—its nuclear program, its surface-to-surface missiles, [as well as] the regional Iranian threat and Iran’s desire to deepen its influence in the Middle East,” a source from the directorate told JNS last year.

When dealing with a threat as big as Iran, the source explained at the time,“ never go to the fruit. Go to the tree trunk.”