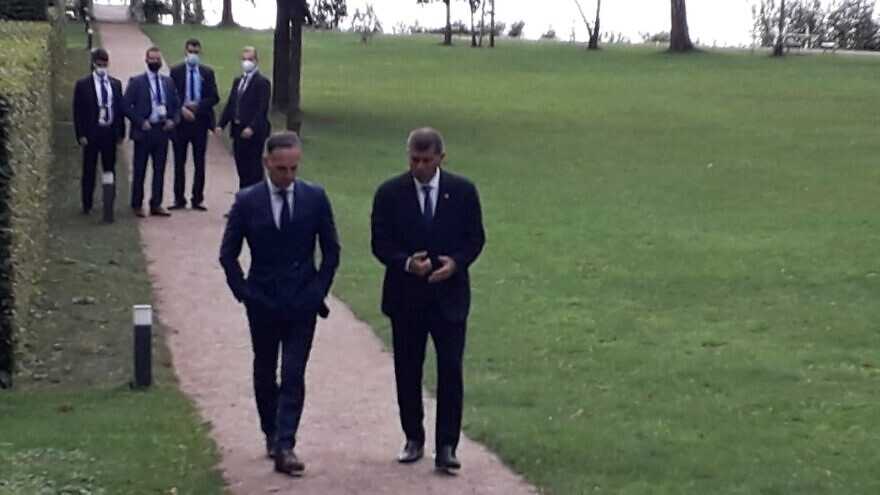 (August 27, 2020 / JNS) Israeli Foreign Minister Gabi Ashkenazi said on Thursday that his government has moved away from plans to extend sovereignty to the Jordan Valley, and Jewish communities in Judea and Samaria, in the wake of the recent U.S.-brokered agreement with the United Arab Emirates.

“I think it’s very clear and it’s very tangible that the Israeli government’s policy moved from annexation to normalization,” Ashkenazi said at a press conference in Berlin during his first official trip abroad.

Speaking with German Foreign Minister Heiko Maas at his side, Ashkenazi said: “I think that’s an opening” for Arab states to allow themselves to establish official ties with Israel.

“We left the door open for our neighbors. Now it’s up to their decision and their choice to join,” he added.

In an agreement first announced by U.S. President Donald Trump on Aug. 13, Israel and the UAE declared their intention to work towards normalization. According to Israeli media reports, a signing ceremony for establishing full diplomatic relations is expected to take place in September or October.

A joint statement released at the time of the initial announcement said that “Israel will suspend declaring sovereignty” over Judea and Samaria.

Israeli Prime Minister Benjamin Netanyahu stressed, however, that the issue of sovereignty is “not off the table,” and that he had agreed only to “temporarily suspend” the move.

A U.S. delegation headed by White House senior adviser and presidential son-in-law Jared Kushner is expected to hold talks in Israel on Sunday before teams from both countries set out for the UAE to hold further discussions toward hammering out the normalization pact.

U.S. Secretary of State Mike Pompeo was in Israel this week and met with Netanyahu, Ashkenazi and Defense Minister Benny Gantz.

Pompeo has since traveled to the UAE, as well as Sudan, Bahrain and Oman, all considered by American and Israeli officials as candidates to be next in line to normalize ties with the Jewish state.