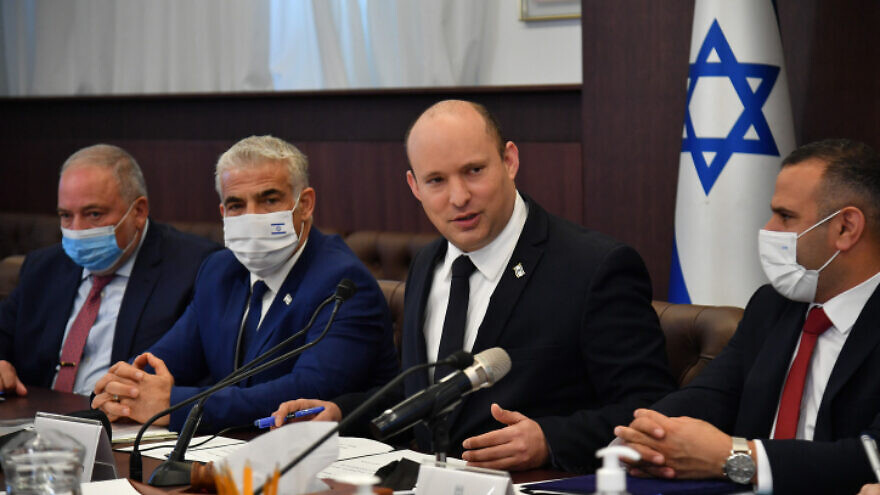 The plan, developed jointly by Israeli Prime Minister Naftali Bennett, Minister of National Infrastructure, Energy and Water Resources Karine Elharrar and Minister of Environmental Protection Tamar Zandberg, will “encourage technological innovation, accelerate national infrastructure projects and remove impediments in the fields of waste, recycling and energy,” according to a statement from Bennett’s office.

Under the directive, preparedness for and response to the “climate crisis” will be added to Israel’s national security agenda “and will be addressed in Israel’s strategic planning process, as well as serve as a new reference scenario for the Home Front,” according to the statement.

Task forces are also to be set up, chaired by the Prime Minister’s Office director general, to advance infrastructure projects to meet the government’s low-carbon economy targets for 2030 and 2050. One task force will focus on accelerating climate technologies, with the participation of the Finance Ministry accountant general and the attorney general.

“The team will work to lift regulatory impediments to the research, development, application and assimilation of technologies to reduce greenhouse gas emissions,” the statement said.

After one year, the team will present its results to the public along with recommendations to advance the adoption of technologies to reduce greenhouse gas emissions.

A second task force will discuss projects meant to prepare for natural disasters and extreme weather events such as fires and floods, and will find solutions and propose policy steps to remove obstacles to their implementation.

Also presented to the government was a national implementation plan of “100 Action Items,” or 100 steps for coping with climate change.

They included various resolutions, including setting aside 725 million shekels ($225 million) for an “energy streamlining program,” a shift to low-carbon transportation, building infrastructure “with a focus on removing obstacles to renewable energy” and encouraging climate technology.

“The time has come for us to mobilize Israeli creativity and innovation for the State of Israel’s fight against the climate crisis,” said Elharrar.

“For many years, Israeli start-ups have been at the global forefront in taking action in various areas. This decision is intended to remove barriers, promote pioneering projects and facilitate green energy entrepreneurs.”

The announcement of the plan comes ahead of the United Nations Climate Change Conference (COP26) in Glasgow, which will take place between Oct. 31 and Nov. 12 and which Bennett is slated to attend.

“Next week we will leave for the U.N. climate conference in Glasgow. In this context, today we are submitting here, at the cabinet table, several important decisions regarding climate and the global environmental crisis,” said Bennett on Sunday.

“The climate crisis is one of the major issues on the world agenda. It concerns the lives of all of us, and also the lives of our children and grandchildren. We are obligated to deal with it in Israel; it is at the core of our being,” he added.

Elharrar and Zandberg will also attend the conference.