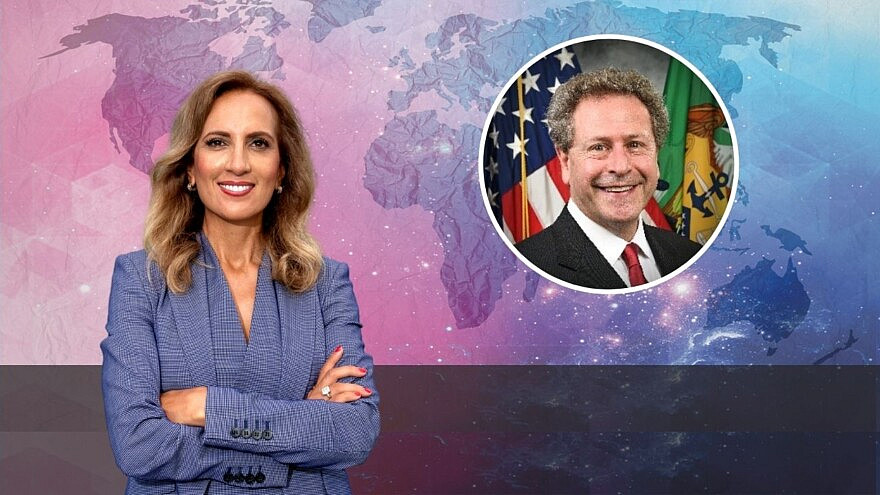 (July 13, 2022 / JNS) The United States was on the path to energy independence until U.S. President Joe Biden took office, according to David Eisner, who served as assistant secretary for management at the Treasury Department under former President Donald Trump. Now, he says, the president needs to beg countries like Saudi Arabia for oil.

In a conversation with Ellie Cohanim on this week’s “Global Perspectives,” Eisner explained how Biden, during his first weeks in office, placed a moratorium on leases for energy companies to explore and produce fuel.

“There’s no plan for lifting that moratorium,” said Eisner.

“The president is going to Saudi Arabia to beg for oil there,” he continued. “They’ve made overtures toward Venezuela. The fact of the matter is, in America, we produce cleaner energy than anywhere else in the world. So to buy energy somewhere else, to import it, is creating more carbon gas and environmental problems than anything we could do in this country.”

Eisner said that in 30 years, some 50 percent of America’s energy will be electric, wind or solar.

“But that will take 30 years, so why punish our people for the next 30 years?”