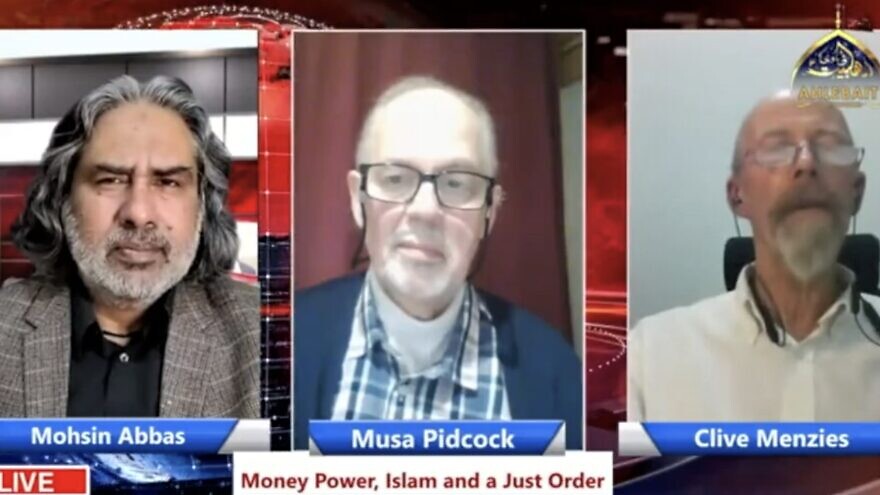 (July 28, 2022 / JNS) A television channel in the United Kingdom aimed at members of the Muslim community has been put on notice by Ofcom, which regulates communication outlets there, concerning a program aired last year that contained anti-Semitic material and violated several of the country’s rules of broadcasting.

The program, “20th Hour—Money Power, Islam and a Just Order,” on the Ahlebait TV channel on March 21, 2021, featured speakers claiming that anti-Semitism was created by the founder of Zionism to scare Jews and that Jews have been kicked out of countries for centuries because of money-lending practices.

“During a live current affairs discussion program, several statements were made which amounted to hate speech against and derogatory and abusive treatment of Jewish people,” said the Ofcom report, which was released on July 25. “The content was also offensive and not sufficiently justified by the context.”

According to Ofcom, “20th Hour” is a live, weekly program for the Shi’a Muslim community in the United Kingdom hosted by Mohsin Abbas. The episode in question featured two guests: Clive Menzies, who runs a research project and was referred to by the host as an “expert” on the issue; and David Musa Pidcock, who has since passed away, and was the founder and leader of the disbanded Islamic Party of Britain, according to the report.

Pidcock was seen on the video nodding and responding positively to Menzies’ statements, noted the report. He, too, offered his own hate-filled statements, claiming that Jews have been “expelled from 47 different countries and city-states in the last 1,000 years” because they practice usury (lending money), and that “their anti-Semitism comes from their actions of impoverishing people and they then respond and then they call it anti-Semitism but we know that it’s because they do and they get punished.”

He continued, “and, as Allah says, you know, he will expel … send them to all corners of the world to be an excoriation and a hissing and a booing to wherever he had sent them. So anti-Semitism comes from debt, not canceling the debt and usury.”

According to the report, during Ofcom’s investigation, “Ahlebait said while it agreed the comments made by the guests were anti-Semitic in nature, this ‘does not automatically make them hate speech.’ The Licensee said in its view ‘the remarks did not promote or justify hatred based on intolerance on the grounds of ethnicity, race, religion or belief.’”

In making its ruling, Ofcom said it utilized the International Holocaust Remembrance Alliance’s (IHRA) working definition of anti-Semitism, saying, “… our decision is that this content was clearly anti-Semitic and an expression of hatred based on intolerance of Jewish people, the broadcast of which had the potential to promote, encourage and incite such intolerance among viewers. It, therefore, met Ofcom’s definition of hate speech, which Ahlebait accepted … .”

The Community Security Trust, which oversees security concerns of the Jewish community in the United Kingdom, filed a complaint with Ofcom after the program aired.

“We are pleased that Ofcom agreed, following our complaint, that the anti-Semitism in this program was completely unacceptable and broke broadcasting rules,” said Dave Rich, director of Policy at CST. “It is especially important that Ofcom used the IHRA definition of anti-Semitism to make their assessment, and the channel has now promised to adopt the definition themselves. We hope this sets an important precedent and sets down a marker for other U.K.-regulated channels in the future.”