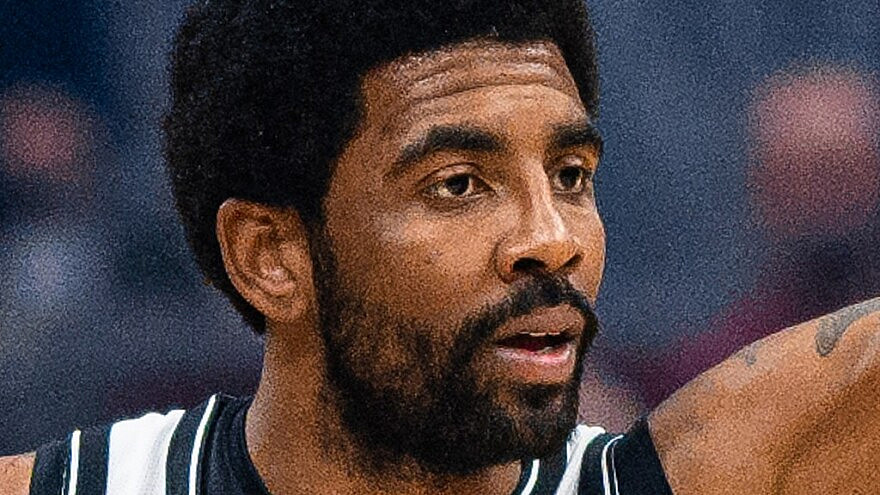 (December 21, 2022 / JNS) When Brooklyn Nets guard Kyrie Irving stepped up to the free throw line in the fourth quarter on Sunday, the Detroit Pistons put a Hanukkah display on their jumbotron. The act was seemingly an attempt to troll Irving in response to the antisemitism controversy that has recently surrounded him.

The graphic featured a spinning globe, followed by a “Happy Hanukkah” message. Apparently unfazed, Irving ultimately scored 38 points and went 7-for-8 from the free throw line in the Nets’ victory.

In November, Irving shared an antisemitic film on social media and subsequently failed to repudiate antisemitism as pressure mounted on him to apologize for the incident. As a result, Irving was suspended by the Nets for eight games, while Nike suspended its relationship with him.

“I don’t have hate in my heart for the Jewish people or anyone that identifies as a Jew,” Irving eventually told the local sports network SNY. He said he is not antisemitic and wants to “set a greater example.”

Controversy erupted when Irving posted an Amazon link to an antisemitic movie on Twitter, with the basketball star initially defending his now-deleted social media posts. The film he posted, “Hebrews to Negroes: Wake Up Black America,” promotes antisemitic tropes about Jewish power, minimizes the Holocaust and alleges a global Jewish conspiracy. U.S. bookseller Barnes & Noble dropped the book that the film was based on.

This led members of the antisemitic Black Hebrew Israelite group to demonstrate in support of Irving, while Nation of Islam leader Louis Farrakhan use the controversy as an opportunity to attack the Anti-Defamation League and demand that Jews apologize for the slave trade.