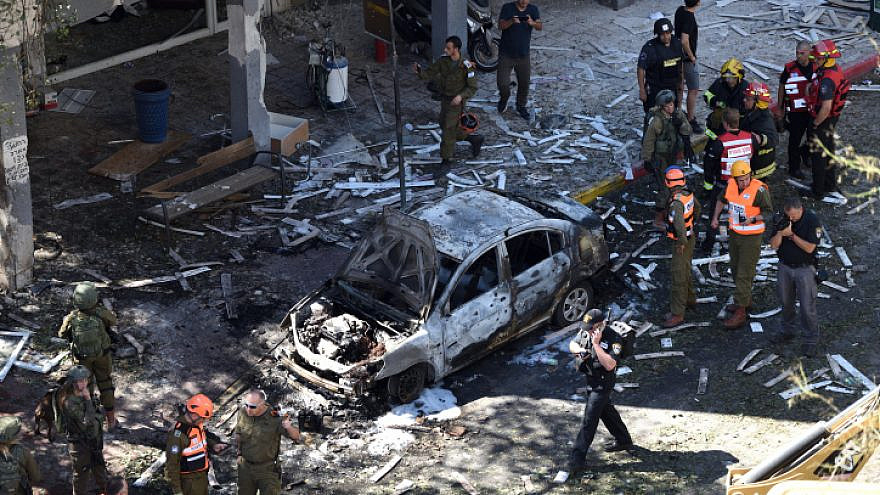 Relatives of the man, who was later identified by multiple Israeli news outlets as Gershon Franco, said that he suffered from numerous medical problems, and was thus physically unable to run to the nearest bomb shelter when the red-alert siren sounded.

Franco lived alone in an old, one-room, ground-floor apartment without a fortified room or shelter, reports said. He was killed when a rocket landed in the middle of an adjacent street, causing serious damage to surrounding storefronts and dozens of apartments. The blast also caused a car parked on the street to go up in flames.

The Ramat Gan Safari was also damaged in the attack, apparently by shrapnel, and one of the zoo’s monkeys was lightly injured.

The rocket attack, perpetrated by Palestinian terror groups in the Gaza Strip, was one of many that day in the center and south of Israel. It followed and preceded several barrages from the Hamas-ruled enclave.

On Sunday, a rocket landed in Netivot, as sirens went off all over the south of the country, Ynet reported, triggering sirens in Ashdod, Ashkelon, Sderot and other areas. The Iron Dome defense system intercepted most of the projectiles, and there were no immediate reports of injuries.